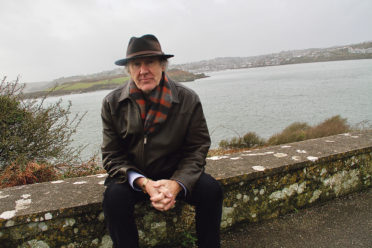 Native West Cork film director and writer Maurice O’Callaghan returns to directing, this time with a musical, which tells the story of the legend of ‘The White Lady of Kinsale’. The show, which has been in production for over two years, will take to the stage in Kinsale Community College over two weekends, from Thursday February 20-29, 2020.

‘The White Lady of Kinsale’, set in the era of the Battle of Kinsale, Co. Cork, tells the story of the tragic romance between the doomed lovers: Eoghan O’Neill, the sole survivor of the great Irish clan of the O’Neills, and Wilful Warrender, the daughter of the commander of the new English garrison, constructed after the battle, which saw the demise of the Gaelic nation and the emergence of the English domination of Ireland.

The Rock Opera Musical, directed and produced by O’Callaghan is set to be a large stage extravaganza, combining elements of ‘70s Pink Floyd style rock, classical opera and Riverdance style choreography. RTÉ’s Dancing with The Stars winner Jake Carter has been cast to play the lead male role of Eoghan O’Neill, with rising Cork actress and singer Aislinn Hegarty making her debut as The White Lady, Wilful Warrender.

Commenting on the production of the show, Maurice O’Callaghan, the director and producer of 1994 film Broken Harvest, as well as the writer of critically acclaimed books such as A Day for The Fire, and A Man Who Was Somebody said;

“The White Lady of Kinsale is somewhat of a passion project of mine, and although I have directed feature films, and written substantial novels, this is my first foray into stage production. I wrote a lot of the songs as a young man in my early twenties, when I was studying Law at UCC, so it has been in the pipeline for some time to bring the production to stage. I revisited the score about two years ago, and wrote many more new songs, which have a naturally have a more mature tone – songs you could only write after decades of life experience under your belt.

“I am thrilled to have such great young talent involved, and I know that Jake and Aislinn will do a stellar job in playing the lead roles. It is particularly special to be producing the show for the first time in Kinsale, very close to my hometown of Newsestown, and where the story was borne from”

Jake Carter, who will make his Musical Rock Opera debut playing Eoghan O’Neill said; “I am so excited to start working on “The White Lady of Kinsale” in the coming weeks. The whole cast is really talented, there was an instant connection between everyone at initial rehearsals, so I’m certain it’s going to be an amazing experience both on and off stage. I have worked on stage in a number of different capacities before, but this is the first ever Musical/Rock Opera that I am starring in so I am super excited to get started and ‘get this show on the road’.”

Tickets can be bought through GR8 events at www.gr8events.ie/whiteladyofkinsale or at the door on the night. All tickets are priced at €25.

Tue Feb 11 , 2020
Since I started running, I’m spending more time outdoors than I used to. I’m tempted to say, it’s like being a kid again – having to go outside regardless of the weather. If you had a childhood resembling mine, you might remember that autumn and winter could be quite challenging […] 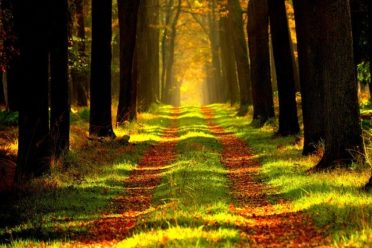