In the past, people believed that a dead body contained medicinal properties. The dead took on a life of their own and, when consumed, cured the sick. Corpses were thought to contain a certain vitality and energy and if eaten by someone suffering from an ailment this same vitality and energy would be transferred to the live host and heal them. Leonardo Da Vinci was a believer in corpse medicine and said: “We preserve our life with the death of others. In a dead thing a sense of life remains and when it is reunited with the stomachs of the living, regains sensitive and intellectual life.”

Those whose lives were cut short prematurely were thought to have even more powerful healing properties. For example, the hand of an executed criminal could heal ulcers and cysts. Huge crowds would gather at public hangings and when the victim was pronounced dead, people would rush forward to be the first to touch the cooling hand of the newly deceased. Similar beliefs surrounding the healing powers of the executed were also attached to beheading victims. Again huge crowds would gather around and watch the executioner chop off the prisoner’s head and would rush on the stage or platform to drink the blood as it was squirting from the arteries of the deceased’s neck.

Warm blood was thought to cure epilepsy – obviously, as the disease was misunderstood. Doctors would advise their patients suffering from epilepsy to try where possible to drink warm blood from a corpse to help heal the condition. At public beheadings, epileptics would run towards the corpse and drink blood straight from the deceased’s neck or lick the blood up from the ground as quickly as possible. Blood of fresh corpses became so popular that executioners and hangmen employed an assistant to collect blood in cups, as it squirted from the veins and arteries of the neck. They would then bottle the blood and sell it.

Blood became so in demand that huge sums of money could be made by selling it and executioners became quite wealthy. The blood was also cooked and there are recipes for many different meals with blood as the main ingredient. One of the most popular in the 16th century was blood marmalade. Nothing was wasted from the bodies of executed criminals. The fat of the bodies was prized by the 16th century surgeons. Human fat was rubbed onto the skin like a moisturiser or a lotion in order to cure all types of swelling and skin conditions. Physicians would soak bandages in human fat and wrap wounds with the bandages; this was common practice.

Even the severed heads on London Bridge were used for medicinal purposes. In the 16th century workers in the local mint fell ill from inhaling copper fumes. At the time it was believed that drinking from a cup made from a human skull could have miraculous therapeutic effects. It was decided to remove the heads from London Bridge; the skin of the heads was boiled off. The skulls were then made in mugs. The workers were given them to drink from. But obviously this didn’t work and the workers succumbed to copper poisoning.

Medicinal cannibalism came in many different forms. One of the most popular human substances dispensed by pharmacies in the early modern period was ground-up mummy. Also known as ‘Mumia’ or the ‘Menstruation of the Dead’. One medical text from the 17th century described Mumia as ‘A medicinal preparation of the remains of an embalmed, dried or otherwise prepared body that had ideally met with a sudden, preferably violent death’. The demand for Mumia far outweighed supply and therefore pharmacies began to sell cheap imitations. Instead of using mummies, they would use beggars, lepers and plague victims. Mumia was on sale for medicinal use up until 1908. Medicinal cannibalism might seem to be far removed from the medicine we use today. However, the utilisation of body parts for medicinal purposes still persists today albeit in different forms.

Although blood transfusions or organ transplantation may seem different from drinking the blood or eating the flesh of a human being – these medical practices do share a belief in the body as an instrument of healing. Although we no longer consume the body, we are in essence taking into ourselves parts of another person during these types of medical procedures. It was those archaic actions and beliefs that gave rise to the blood transfusions and sophisticated organ transplantations that we have become so accustomed to today.

Will we ever learn from past mistakes?

Tue Nov 5 , 2019
I have a flavour of the Dublin Festival of History coming up on www.westcorkfm.ie next month. The annual event, which runs from October 1 for three weeks serves up feast of historical events; from talks to walks, panel discussions to screenings and all for free, thanks to Dublin City council and […] 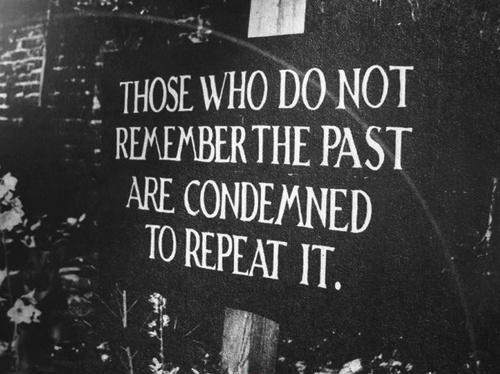