Ilen Rovers club player Peter O’Driscoll recently had the proud honour of captaining the Cork U20 footballers to All-Ireland glory following their scintillating performance against Dublin in Portlaoise. Cork recovered from a nine-point deficit to seal an eight points win. Peter proved an exceptional captain throughout the championship campaign. He displayed great composure and calmness throughout the campaign as he expertly marshalled their defence. His strong communication skills and strong leadership qualities were key factors in their triumph. His brilliant individual displays were recognised when he was named as one of the top 20 players from this year’s All-Ireland U20 football championship. John Bohane recently caught up with the All-Ireland winning captain who is still basking in the young Rebels huge achievement.

The modest defensive star is still coming to terms with the sheer enormity of their recent achievement. Trailing by six points after nine minutes against a much-vaunted Dublin team, the Cork team rose to the challenge and produced the most impressive football display by a Cork team in a number of years. Peter was thrilled with the nature of their performance and the manner of their win. “I was absolutely delighted. I suppose it’s something every young lad dreams of when he first starts out playing football. It was a huge achievement. It is a real dream come true,” revealed the GAA ace.

The manner of their comeback following their nightmare start and the sheer dramatic nature of their All-Ireland win is still very raw with Peter and his team-mates, who are still getting used to their tag as All-Ireland football champions. “Most definitely we are still coming to terms with it. It’s certainly something that none of us will ever forget. We will always treasure the memories for the rest of our lives. It was a very proud moment to go up and collect the cup. You always dream of days like that when you first start off playing football with your friends. It was surreal to actually go and do it.”

The Cork U20 footballers warmed up for their provincial campaign by participating in the John Kerins Cup. The young Rebels played three games in this tournament against Dublin, Galway, Kildare and Kerry. They utilised all their squad and the tournament served as great preparation for the year ahead revealed Peter. “I suppose going into any playing season you have to be confident, but we knew ourselves we’d only get out of it what we put in. Playing in the John Kerins Cup was great without a doubt. We played four really high intensity competitive games during the league and it definitely stood to us. Each game was as good as three or four training sessions and we learned so much about our strengths in those games before beginning the championship proper.”

The Cork U20 footballers were managed this season by St Vincent’s club-man Keith Ricken. Peter and Keith quickly established a great rapport and friendship based on mutual trust and respect. Peter, who has always been a natural leader with his beloved Ilen Rovers, was rewarded for his endeavours with the responsibility of captaining the team for this season. Peter was thrilled to be rewarded with the captaincy. “It was a huge honour to be asked. I suppose it was a week or so before the first league game against Kerry that I found out. I was honoured to captain such a great bunch of lads. Keith’s a great manager and deserves a lot of recognition for the great work he’s put in this year. He’s helped us improve as both players and mature as young men. He was a very worthy recipient of the Eirgrid Manager of the Year.”

Keith was joined in the management team by Micheal O’Croinin, Pat Spratt, Maurice Moore and Colm O’Neill. Peter is lavish in his praise for the role all the four selectors played in their success this season. “Keith had a great backroom team behind him. They all gelled together really well and we were very lucky to have them involved.”

There were a number of integral factors in the Cork U20 All-Ireland triumph this season. They contained a very strong squad; their forwards were ruthless and clinical, while the character and unity between all the members of the squad also played their part in their success revealed Peter. “I think it was the relentlessness this team has shown all year from the first league game in Clonakilty right up until the All-Ireland final that was the deciding factor. There were a few games during the year that our backs were up against the wall, but we always managed to fight our way out. There was a great spirit in our squad which was a huge help.”

The frenzied and partisan atmosphere evidenced in Portlaoise on that fateful day was a sight to behold. The huge and expectant Cork crowd was ravenous in their support for their young heroes. Peter acknowledged the crowd played a huge role in their famous comeback triumph. “The crowd definitely played their part. We couldn’t ask for better support on the day and throughout the year. There was a huge roar at half-time when we were coming off the pitch, which was really special. That really drove us on to victory.”

Despite their slow start against a ruthless and very much fancied Dublin team, Peter confesses that he never panicked or gave up believing in the ability of his team-mates to salvage victory from the clutches of despair. “We were slow settling into the game, but I don’t think we were overly worried. We knew if we just kept playing how we know how to play we would be okay. Thankfully that was the way.”

A plethora of the successful All-Ireland winning team are expected to now progress to the Cork senior football squad in the coming years. Peter, due to his consistent performances for both club and county in recent years is among the names expected to be part of Ronan McCarthy’s squad for the early part of next year. Peter is confident the players who make the step up will thrive in the senior inter-county environment. “I suppose we will have to wait and see, but you would be hopeful a few of the players will be called up. It’s an ambition everyone on the team has, so you would be hopeful.”

Peter and his playing colleagues were afforded huge ovations and well-deserved receptions upon their arrivals back home to their respective towns and clubs. Peter had the proud honour of arriving home to Rath with the All-Ireland cup along with the Cork management team, an honour always bestowed on the captain of a team. Peter and his colleagues were greeted by a huge and adoring crowd back in his native Ilen Rovers clubhouse. It represented a proud moment for the modest captain. “It was special to have the homecoming down in Rath, somewhere where I went when I was younger and still go to develop my football skills. It was nice for the other West Cork lads to stop off in their hometowns too en route. It was great to see so many young people present as they are the next generation.”

Peter’s beloved club Ilen Rovers has played a huge role in his development into a top-class footballer. Peter is very grateful to all involved within Ilen Rovers who have helped his progress as a footballer down through the years. “I can’t thank Ilen enough for all the support they have shown since the very first day I pulled on the jersey. I was very proud and honoured to represent that on an inter-county level. I hope what we have achieved this year will be a platform for all the young talent the club possesses to go and represent the county also.”

The supportive role and constant encouragement he has received from his proud family since he took up playing football also resonates deeply with the football ace. “They have been a huge help. There is no way you could do it without the support of your family and I’m very grateful for everything they have done for me.”

An electric car with soul and style

Tue Sep 10 , 2019
Our Government recently launched plans to have one million electric cars on Irish roads by the year 2030. Everybody I talk to says that’s a very ambitious target and they point out that a lot of Government plans – in every country – don’t come in on time. There are […] 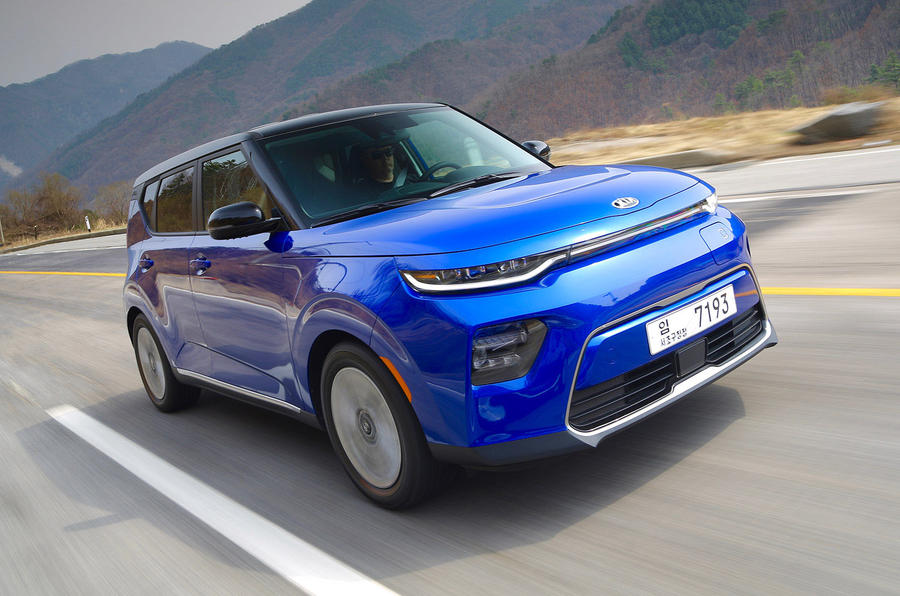