Durrus FC were recently crowned First Division league champions after they enjoyed a brilliant season competing in the West Cork Soccer League. This title success represents the first time in their history they have secured league championship glory. John Bohane catches up with their former player-turned-coaching-supremo Tadhg O’Sullivan who managed his beloved Durrus FC to league glory.

Durrus FC clinched the first division league title with two games to spare following a remarkably consistent season, which saw them only lose two league games throughout their successful season. Durrus FC notched a record number of goals, while their defence also performed admirably, as they conceded only a measly 15 goals all season. Tadhg is still coming to terms with their championship triumph. “It is a huge honour for our small club to win a league title. We are just over 25 years in existence and have won one or two trophies over the years, but never a championship title. The club has been blessed with some great teams and some great players over the years who helped the club gain promotion through play-offs etc, but to finally win a league title is a huge honour. It is a huge honour, which we accept on behalf of every player who has worn the jersey down through the years.”

Durrus FC have enjoyed plenty of great days and triumphs during their illustrious history, but this recent league title win surpasses all their previous wins reveals their proud coach, who is targetting more domestic glory in the cup competitions. “This is the club’s greatest achievement. We displayed great consistency all year and it is a huge boost to the club. Winning the Division 1 league is a great honour. We are still competing in other cup competitions, so this season isn’t finished. It has the potential to get even better. To win one cup, as well as the league, would make this a fairytale season for us.”

Tadhg, who performed with great distinction with his local soccer club for a number of years, turned to coaching after his retirement. Although he misses playing competitively, he takes great enjoyment from watching his charges enjoy unprecedented success with Durrus FC. “This is my fourth season coaching the lads. I gave up playing when I started coaching, because I found it difficult to combine the two. It is hard to see the bigger picture while playing. I do miss playing, but I must admit watching the lads putting in performances like they have done this season gave me a huge sense of enjoyment and pride so yes I’m really enjoying it.”

The Durrus FC players have delivered a series of brilliant performance throughout the season en route to clinch the championship title. Tadhg is lavish in his praise for the Durrus FC panel, which contains a nice mix of youth and experience. “The players have been absolutely amazing this year. Their attitude, commitment and desire have been top notch. The football we have played has also been great. We have a big squad, but our team selection has been very consistent, so the lads have built up a real chemistry on the pitch. We have 15-18 training every Friday and competition for places has been very strong. The players deserve all the credit and praise that they can get because they have performed every week and they have made my job very easy. I have so much faith in them as a team and as individuals. They are the most talented bunch of players I’ve ever been involved with. They have great hunger, desire and ability. There is a nice mix of youth and experience in the team, but in general it is a young side. This bodes well for us going forward with only two players over 33 years of age. The elder states man is Kieran ‘Batty’ Hourihane at 40-years-of-age and he plans on playing for a long time yet.”

Durrus FC was captained to league championship glory by captain fantastic Peter Thornton. The midfield ace led from the front, as he produced a plethora of outstanding displays revealed Tadhg. “The team has lots of leaders, but our captain this year Peter Thornton has been just superb. He sits at the base of our midfield and sets the tempo for the team. He is my voice on the pitch and he keeps the lads going. He is a lovely footballer and does a great job shielding the back three, while also being the catalyst for a lot of our attacks. The best quality I can say about Peter is that all the lads respect him and will work their socks off for him.”

The race to capture the first division championship title was keenly contested this season with a number of strong teams vying for league glory. Tadhg is thrilled his side overcame their closest competitors. “We had to work hard to win the league this year. Mizen pushed us very hard and we had some great battles with them. Skibbereen and Castletown have also really impressed me. Skibb in particular were excellent. They were by far the best team we played.”

Tadhg is very grateful to the Durrus FC committee who do so much work behind the scenes and their sponsors whose help is much appreciated. “The club has a very good committee. We also have two great sponsors in Martin O’Sullivan, The Long Boat Bar and Jimmy Barry Motors, Colomane. The great community behind us is a great help. Their support means a lot.”

The close co-operation, which exists between the local GAA Club Muintir Bhaire and the Mizen FC soccer club has also played a key role in helping the team achieve so much success this year. Tadhg is also very appreciative of the role that club stalwarts have played during the club’s history. “The club was established in 1993. We have had some great teams over the years who have have won trophies, but we’ve had some really tough times too. We have hit the bottom of Division Two and struggled to get 11 players out every week, but through the hard work of a few good club men over the years such as Brendan O’Dwyer, Mike Burke, Adam Sheehan, Colin Wiseman, Kieran O’Donovan, Donal O’Donovan, Martin ‘Mush’ O’Sullivan and many more, they kept it going. That gave us the platform to build and get us to where we are now. Another factor that has helped us greatly is the help and co-operation we have had from the local GAA club Muintir Bhaire. There is a great relationship between both clubs with the majority of players playing both codes and this benefits both as players stay fit in the off season.”

Tadhg also reserves great praise for the local community council who are the landlords of their home pitch located in Durrus village. The club is also very active in raising funds via various methods of novel fundraising initiatives, which are vital in helping the club compete on an annual basis. “We play our home games at the Community Field in the village. The facilities and pitch are great. The local community council are great landlords and keep the facilities in great shape for us. They are a credit to the area. It is tough to be asking the same people for funds every year, but the local community supports us every time we have a fundraiser. They have been brilliant to us. We normally have a pub soccer six-a-side tournament every summer. We have card nights, table quiz, Christmas raffle and party. They all help keep us ticking over and the bills get paid. People don’t realise the expenses we incur just to get the team out every season between insurance, registration, referees, rent etc.”

Durrus FC also field an over-33 team who compete in the Masters League every summer, while they also established a ladies team. Tadhg is very confident for the future of the club. “There is a great vibe going through the club at the moment, when you’re winning I suppose that is only natural. We have no underage set up here, but we have a competitive over-33 team and we have just formed our first women’s team so soccer is in a really good place here at the moment. It is the best it has ever been.”

Tadhg is eagerly looking forward to leading Durrus FC back into the Premier League once again next season. He is confident they will be competitive in the top flight. “We are not going up to the Premier Division to make up the numbers. We will do the best we can. I believe in these lads so much, that I guarantee we will surprise a few teams.”

The West Cork soccer season have provided a series of great games and served up a plethora of highlights and drama once again this season. Tadhg is full of praise for the committee members who help promote the league throughout West Cork. “The league is great for soccer in West Cork. It is run by a great bunch of lads who voluntarily work tirelessly to make sure it is the best league it can be. We can’t ask for more than that.”

Tadhg loves coaching his beloved Durrus FC. The success and enjoyment his charges continuously serve up make it impossible for the coaching guru to step down. He is thankful to his wife and family for their constant support, which makes it possible for him to follow his dream. “Every year I say this is my last as manager, but the lads make it so hard for me to leave. There is no way I’m finished now. I want a crack at the top. It’s not easy and it takes up a lot of my spare time. Sunday’s are generally spent away from my wife and daughters, but I get to watch the game I love, played in the way it should be by a great bunch of lads. I’m lucky to have a very understanding wife, who has realised over the last few years that having a family Sunday together involved herself and the kids driving to Ballyvourney or Courtmacsherry and standing on the sideline beside me. She has been a great help and she wouldn’t have it any other way.”

The Orange Order in Cork

Mon Mar 4 , 2019
Well listeners, I hope you have had a chance to tune into www.westcorkfm.ie. It might take some time to get into the new format, but our schedule now runs Saturday and Sundays. The ‘History Show’ will now feature on Saturdays at 6:30pm. Once again, if you want to hear any […] 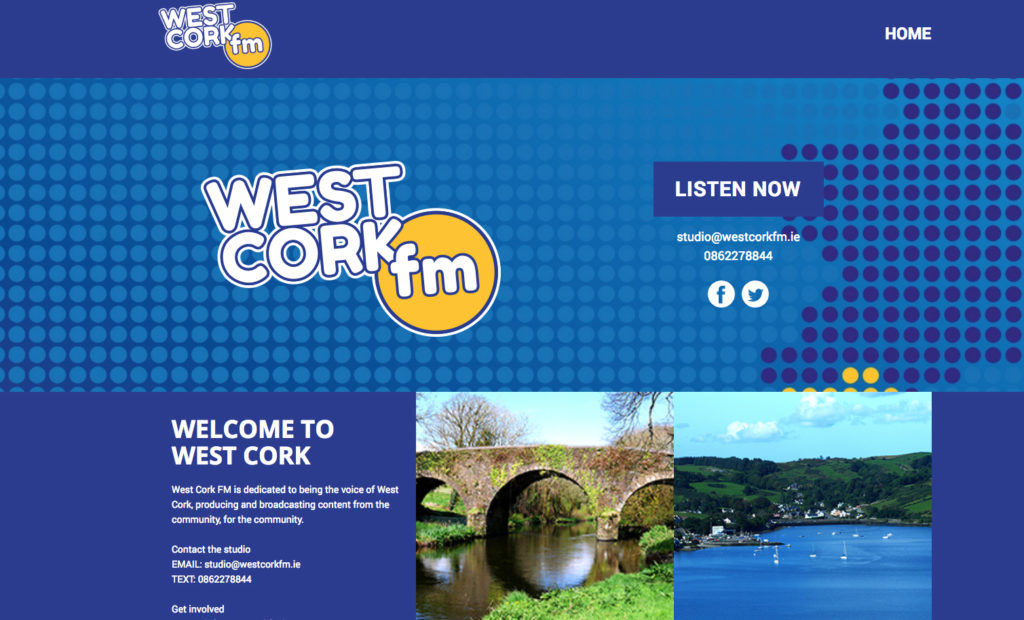