St James’ club secretary Liam Evans was recently recognised for his long serving contribution to his beloved club when he received the County Cork Volunteers in Sport award, which were presented to 32 volunteers from throughout the country in Farmleigh House.

Liam, who originally hails from Kerry, has served as a club administrator with St James’ for 32 years in a variety of roles. His dedication, easy approach, great temperament and can-do attitude helped ensure he was the Cork representive for this year’s annual Volunteers in Sport award. John Bohane catches up with the modest club secretary recently, as Liam looks back on his great association with the Ardfield/Rathbarry club.

Liam was thrilled to travel to Farmleigh House in Dublin to collect his award. The genial club man is still coming to terms with his recent win. “It was a massive achievement and honour to receive this award. It was totally unexpected and I knew nothing about it. Our club chairman Niall O’Sullivan and our PRO Dominic Carroll nominated me. I was taken aback when I found out and was very humbled and privileged to receive this award. I accepted it on behalf of everyone in the club. It is a fantastic honour and I am delighted.”

Liam was accompanied to Farmleigh House by his proud wife Mary. He loved meeting up with the other volunteers who accepted their awards on behalf of their various clubs throughout the country. “It was a fabulous day. I never thought I would ever see the inside of Farmleigh House. It was a great occasion. It was great to meet and chat with the other winners. There is great voluntary work going on all over Ireland within all organisations and groups. My work pales in comparison with the other winners. I received the award from Jimmy Dennihan who was a hero of mine growing up. It was great to meet Joanne O’Riordan, who was one of the judges. She is an inspirational character. It was great to have my wife there also on the day. My family were all in on the award win before I knew anything about it. They were very proud. They have played a huge role behind the scenes. Without all the help I received at home, there is no way I could have carried out all my duties within the club. Their support has been great.”

Liam initially started off working with the St James’ juvenile club before progressing to the adult club. During both tenure, he has spend 32 years helping out his beloved club to the best of his ability in a wide variety of roles. Liam has thoroughly enjoyed his roles and responsibilities within the club. “I was juvenile secretary for ten years, before I carried on with the adult club after that. I never envisaged when I initially started off with the club, I would still be serving in this capacity 30 plus years later. I really enjoy it. I would be delighted if I could find a replacement, but seriously I still enjoy it and it is a pleasure to help out in any way possible.”

Liam hails from Lispole, which is located just outside Dingle, Co Kerry. Liam who works for the Department of Agriculture moved to Clonakilty in 1977. He relocated to Ardfield in 1983, from where he joined forces with the local GAA Club…the rest is history. Liam initially joined the juvenile club working in an array of different roles. When his three sons started playing with the club, Liam gradually progressed up the ladder with the three boys. Liam has great memories of working with the juvenile club. “A local man, Finbarr Tobin, called into me at work and asked would I get involved with the club. I was delighted to help out. I am there ever since. I did a bit of juvenile coaching with the U8 and U10 teams. I have lots of great memories from down through the years. I have made friends for life and it is great to help out within the local community. We are one big happy family. Coaching the U12 team in particular was a real joy. That era always stands out. I can recall all the current players on this year’s junior team starting out. It has been a great pleasure to follow their progress and their journeys from underage hopefuls to county junior champions. It has been a long, but great journey.”

Liam is thrilled that his three sons, Mark, Ian and Niall still play with the St James’ GAA Club. All three players were members of the Junior A football team who won the Carbery football championship title and who reached the county junior final. Liam is delighted with their progress. “It was great to see the three of them togged out all season. I feel sorry for Niall, as he is our sub goalkeeper. He has had to be patient, as Diarmuid O’Donovan, our current goalkeeper, is a brilliant keeper. The way Diarmuid is playing now, he will keep going for another few years. The three lads have all played their part in the history and great success of St James’ GAA Club. They enjoy playing and they are key members of the squad. Mark is also a great help to me from an administrator perspective. He is a great help with regards the computers. Technology has changed massively over my term as secretary.”

The experienced club secretary has worked with a series of club officials and administrators down through the years. He has great affection for all the various club personnel who helped out within the St James’ club. “I have worked with a number of different chairmen. Pat Hayes, Jimmy Butler and many more up to today’s chairman in Niall O’Sullivan. They have all been great chairmen. I have worked with great treasurers and PROs. We have been very fortunate within the club, that we have had so many talented and dedicated people so willing to help the club in any way possible. It has been my privilege to work with all these great club people. It is our life. It is great to give back. We woudn’t be doing it if we didn’t enjoy it. Our current chairman Niall O’Sullivan has brought the role up to a totally new level. His drive and ambition are infectious. He is working so hard in his quest to keep the club progressing. He is totally driven and he inspire everyone on. A lot of our success is down to our chairman.”

The voluntary ethos is very visible in strong throughout the parishes of Ardfield and Rathbarry. Liam praises all within their tight-knit community for their strong community spirit. “There is great pride and unity within the two parishes. There is a real sense of community. All the voluntary groups work very well together and everyone benefits. The Tennis Club has also been a great addition, the local tidy towns and rowing clubs are well run. The playground is well equipped, while the GAA Club offers great facilities which can be enjoyed and used by all. We have invested a lot of money in recent years on our facilities. There has been great support from throughout the community.”

Liam is adamant that this year is easily the most successful and joyous year the club has ever experienced. They won the SW Junior A football championship title for the first time in their history, while their Scor Group won county and Munster honours. “Without a shadow of a doubt this was the best year in our history. The night we won the Mick McCarthy Cup was unbelievable. The support we received all year was great. There was a great buzz and sense of pride in the parish. The noise and colour that fateful night in Timoleague was unreal. It was an unforgettable year. We received great support all year from throughout West Cork. Our players did our club and themselves proud. Reaching the county final was a dream. Winning the SW Junior A football championship title was brilliant. It was some achievement and it will live long in the memories of all of us. The players have a great work ethic and they are very honest. Alan O’Shea, our player/coach, brought a new dimension and sense of belief to the team also this year. The players also realised they are pushing on in age and if they wanted to achieve success, now is the time. They displayed great character and talent throughout the year. They trained hard than ever. They pushed that inch further and they got their just rewards. It was disappointing to lose the county final. Kilshanning were a class team and a step above every team. Reaching the county final was a great achievement. The players can be very proud of their achievements.”

The St James’ club official is hopeful the players will enjoy their winter, recharge their batteries and go again next year. “I hope there will be no retirements. Hopefully the lads will be back full of hunger next year again. It is tough on the players, combining both codes with jobs in the city and so on. Five or six of our lads also had new babies during the year. They deserve great credit. They are great ambassadors and club men. They did the parish proud.”

Liam, who embodies the great voluntary ethic throughout the GAA in West Cork, is confident the future is very bright for the club and has no plans to step down from his secretarial role just yet. “I will give it another year anyway. We won’t have a minor or U21 team next year, but we will field at U16 level for the first time in two years which is positive. Our U12 and U14 team are progressing nicely. Our numbers are tight, but there is great work going on behind the scenes with regards coaching etc. We possess great facilities. We have a very good and vibrant club. Our numbers in the juvenile club are promising. It is onwards and upwards.”

Tue Dec 10 , 2019
At a recent Mercedes event, the company’s Irish Sales Manager Ciaran Allen said that buyers of new cars now spend approximately 11 hours researching information on a car before buying. But they spend only 30 minutes in garage forecourts. Buyers know what type of car they want before they go […] 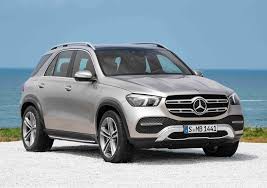