West Cork rugby ace John Hodnett has enjoyed a very successful season thus far. The powerful back row forward was a key member of the Ireland U20 team who won the Six Nations and Grand Slam earlier this season following a series of brilliant displays as they became the second Irish U20 rugby team to capture a coveted Grand Slam. The Rosscarbery native was also a member of the Ireland U20 rugby team who recently competed at the World Cup, which was held in Argentina. John produced a number of heroic displays at the World Cup, before his tournament was unfortunately curtailed due to injury. John Bohane catches up with the talented rugby player who, while currently rehabbing, is looking forward to the new season resuming.

The rising rugby star played an integral role in propelling the Ireland U20 team to Grand Slam glory earlier this year. His powerful runs, tackling ability and unrelenting work ethic were key ingredients in helping the Ireland U20 team capture the hearts of the nation. John was thrilled to play his part in their famous Grand Slam success. “It was a great honour to play my part in our great success. I really enjoyed the experience. I have great memories from the Six Nations championship. It was an unforgettable journey. My game also massively improved from playing with and against quality opposition.”

The Ireland U20 team won the Grand Slam title in dramatic fashion. They defeated the reigning champions France and England at home, before they defeated Scotland, Italy and Wales all away from home, which propelled them to Six Nations glory. Their grand slam winning achievements represent a huge boost for Irish rugby going forward. John and his teammates are all tipped to enjoy bright and successful careers. John revealed his greatest sporting achievement to-date. “It was a long achievement. We will always look back on winning the Six Nations and the Grand Slam as massive achievements. They are very hard to win. Without doubt, winning the Grand Slam and Six Nations championship title was my biggest honour to date. We had an extremely talented squad which was very important as we suffered a few injuries during the championship. We were also fortunate we possessed a great group of people as everyone within the group got on extremely well which is always vital in achieving success.”

The Irish U20 rugby team played their two home games during the championship in Irish Independent Park. Both games attracted capacity attendances to the famous Musgrave Park stadium. The atmosphere on both nights was electric, as the home crowd urged the young Ireland stars on to famous wins. John’s family and friends made the journey from West Cork on both nights. He was proud to represent them to the best of his ability. John is very appreciative towards his family who have played a huge role in his sporting success to date. “It was an unreal experience to play in front of a full Musgrave Park. The atmosphere was brilliant. It drove us on to victory. I had a lot of family and friends attend both matches in Cork. It was a very proud moment for me. Winning both games was huge also. My family have played a huge part in my career. I am very grateful to them. They are so supportive and encouraging and are always supporting me at every game I play. They drove me to training sessions and games for many years. They really encourage me to pursue the sport which I love.”

John was joined on the victorious Ireland U20 rugby team by another West Cork man, Josh Wycherley. John is lavish in his praise for the Kealkil native who is fast establishing a huge reputation as one of the best scrummagers  at his age in the game. “He is huge talent. It was great to play with another West Cork man. He is an extremely good player. He is a very good ball player and he is an outstanding scrummager. He played a big part in our success.”

The Ireland U20 team departed for the World Cup with strong expectations following their successful start to the season. Noel McNamara’s young players enjoyed a productive World Cup campaign, which was greatly hindered by a plethora of injuries to key players midway through the World Cup. Ireland started the tournament in blistering form, but they subsequently exited the tournament to the All Blacks. They displayed plenty of resilience and character throughout the tournament. John was delighted to represent his country in the prestigious World Cup. “It was a huge honour and achievement to play for Ireland at a World Cup. It was a great experience.”

Ireland secured their second win of the calendar season against England in their opening game of the World Cup following an enthralling encounter. John played a huge role in their triumph. He was also unfortunately involved in a nasty off the ball incident with an English player which resulted in his opponent receiving a deserved red card after he recklessly dropped the Rosscarbery man to the ground. John is very philosophical as he recalls the incident which attracted a lot of attention. “It was a big win, especially after beating them in the Six Nations championship also. The off the ball incident was probably just a rush of blood to the head from the other player. I was lucky I wasn’t injured from it.”

John unfortunately wasn’t so fortunate during their next match. He sustained a knee ligament injury playing against Australia which ruled him out for the remainder of the tournament. John is currently back in pre-season training with Munster as he steps up his rehabilitation programme. “I injured my MCL ligament in my knee against Australia. I will be back fully fit before the start of the season. It was very disappointing having to leave the World Cup so early, but injuries always happens in sport. I will just have to move on and get on with it. I am already back in for pre-season training at the moment and rehabbing my injury.”

John who plays his club rugby for UCC, where he studies PE and Maths is destined for a huge rugby career. The 20-year-old West Cork sports star only took up playing rugby with his local club Clonakilty RFC at the age of eight. He is very grateful to all involved within Clonakilty RFC for the role they played in his development. “I started playing rugby when I was eight. A few of my friends in primary school were playing with Clon and they said I should give it a go. I went along one Saturday morning and I loved it straight away. Clonakilty were a great club to play for. I was fortunate to receive great coaching. I have great memories of playing for Clonakilty RFC.”

Rugby’s gain has undoubtedly been Gaelic football’s loss as John was a very talented player coming up through the ranks with his beloved Carbery Rangers club. John still follows his local GAA Club with great interest. John also availed of their great facilities in the build-up to the World Cup. “I played all the way up for Carbery Rangers until minor level. The club have always been extremely good to me. Before the World Cup, they let me do a few fitness sessions with them to keep me going when I was at home in Ross. I was really appreciative to them. I love the club. I always try to make as many games as I can when I’m back home in Rosscarbery.”

John is a past pupil of Mount Saint Michael Secondary School. When the new term resumes, he is hopeful of visiting the school and regaling the students with his great memories and stories from this year. “It was a great school. I didn’t play any rugby when I was there, but I really enjoyed my time there. I haven’t been back yet to visit unfortunately, but hopefully now when the school returns after the holidays I will bring the Six Nations Cup for a visit.”

Another key part of John’s game is his adaptability. John is a very versatile player as he demonstrated this season on numerous occasions. He can play in a number of positions in the back row, which adds to his vast repertoire. John operates very effectively as a flanker and a number eight, which increases his value to any team. The modest rugby ace has no real preference. “I love playing at number eight, but equally I love playing at flanker too. I am happy at either. My earliest heroes were probably Sean O’Brien and Heinrich Brüssow.”

Rugby in West Cork continues to grow at a huge rate on an annual basis. John is one of a number of talented young players from West Cork in the Munster Rugby Academy team seeking to make the big breakthrough to their senior squad. He is delighted to see rugby in West Cork thriving. “Rugby is growing massively in West Cork. It is great to see. There has been a lot of work put in from many different rugby development officers, so I’d say that’s a huge driving force behind the improvement of rugby in West Cork. There is a lot of great work going on behind the scenes in every club. All the volunteers deserve a lot of praise.”

A joy to behold for Irish ‘petrol heads’

Tue Aug 6 , 2019
Normally I try and live a fairly low-profile life, but after a week driving the new ‘Bullitt’ version of the Ford Mustang, I have a fair idea of what’s it’s like to be a celebrity with everybody staring at you everywhere you go.  Three years ago Ford introduced their Mustang […] 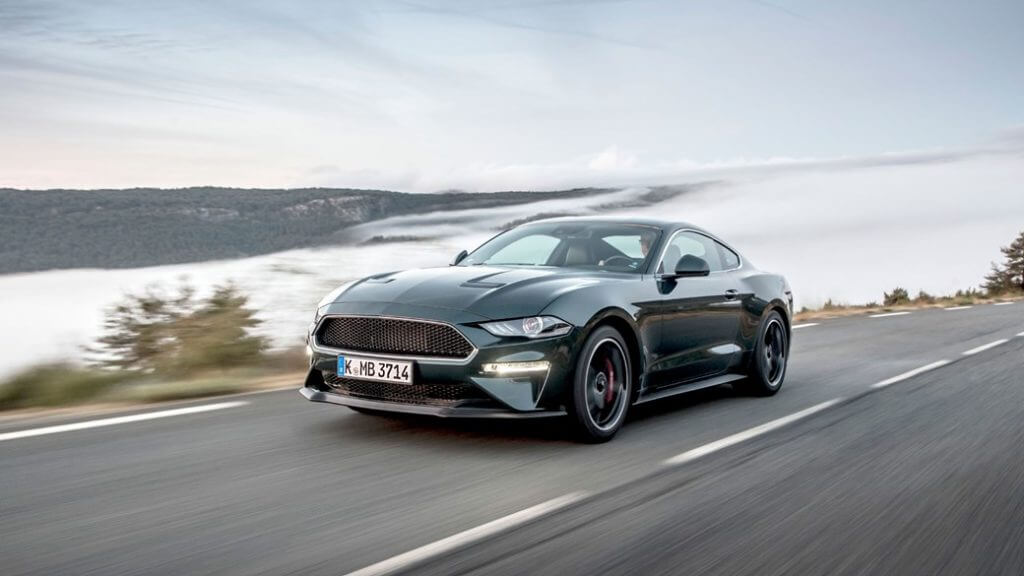