The Skibbereen U18.5 rugby team enjoyed a truly brilliant season this year. They captured Munster and All-Ireland championship success following a scintillating season which augurs well for the club moving forward. They were captained to provincial and All-Ireland glory by their talented leader Jamie O’Driscoll. John Bohane catches up with the rugby ace who is still basking in their great season.

Jamie O’Driscoll played a key role in their historic season, as they conquered both Munster and All-Ireland. Skibbereen secured Munster glory after they defeated Cobh in Irish Independent Park, while they captured All-Ireland glory after they played out a draw with the Leinster champions Naas. Both teams were declared All-Ireland champions, which represented a first for the West Cork Club. Jamie is thrilled with their unprecedented success. “We have enjoyed an amazing season. It has been a thing of dreams really. We have only lost one game all year and that was at the start of the season when things were fresh. Winning both the Munster and All-Ireland championship titles is huge. The whole team has contributed to our overall success. It has been a brilliant season.”

Skibbereen RFC have enjoyed great success at underage level in recent seasons. They have captured a plethora of cups both at county and provincial level which has whetted their appetite for more success. Jamie revealed that his team-mates had earmarked a strong run in the Munster championships as a specific goal this season. Jamie took great pride in being awarded the honour of captaining such a talented bunch of rugby stars. “At the start of the season, at our first training session we specified the goal of winning the A Pan Munster title, so to win it and go even further in the competition was great. It was a great honour to be named captain this year. I was delighted when I was asked. My job was made very easy however, because of my two vice-captains Mikey Veale and Jamie Shanahan. They were a great help to me all season. It is a brilliant feeling leading such a good group of lads out. It was an amazing feeling to lead my team out in front of such a big Skibb crowd who travelled from everywhere to watch us. It was great to bring the trophy back to Skibbereen. It was an amazing honour for us, as not many West Cork people have won a rugby All-Ireland at any age or grade. Lifting the cups will live long in my memory.”

The success of the various underage teams within Skibbereen RFC in recent years indicates a very bright future for the adult team in the progressive club. Jamie and his teammates will be expected to slot in seamlessly into their J1 team going forward. Jamie, who can operate most effectively at number six or as a hooker, is hopeful they can made an impact when they step up to adult level. “Hopefully the step up won’t be too big from U18.5 to J1 level, but I’m sure I’ll be alright. I’d love to get on to the team next year and try to win something. There are a good few lads from the winning team going up which will help us adjust. Hopefully we can drive it on and we can enjoy some success.”

Jamie is currently a sixth-year student in Schull Community College. The Schull secondary school has introduced rugby into the school in recent years and has enjoyed a very productive season this year. Jamie, who first took up playing rugby at the age of eight, is delighted rugby continues to grow in West Cork. “Rugby in the school is getting big over the last few years thanks to our teacher and coach Dav Leung. He does great work and this year we got into the O’Brien Cup final. Rugby is a great sport to play. I loved it from the start. The minis are the foundation of the club and in Skibb they look after and develop the players very well. No matter what size or shape you are, you will find a place on a rugby team. Rugby’s a game you can do very well in if you have a big heart and are willing to work hard.”

Skibbereen RFC are very fortunate that they possess a number of great volunteers in their club who do great work behind the scenes promoting the club. They also have a formidable array of talented coaches who are dedicated in their desire to develop all the players coming through. Jamie is full of praise for the coaches who helped them achieve All-Ireland glory this season. “I would say our recent success has come from the great coaches we have and the way we are looked after. Walter Young, Kieran Shannon, John Hayes, Kieran Sheehan and Eugene Curran all do great work with us. They are great coaches. All our players are willing to learn new things. We train very hard, our players are always keen to work hard and keep progressing.”

Skibbereen town and its local hinterland all got behind the talented U18.5 rugby team in their pursuit of All-Ireland glory. Every house and shop was decked out in red and white bunting, while flags hung from every vantage point as the town embraced their local heroes. Jamie was delighted with the backing they received from the whole community. “The community really got behind us for the finals. The amount of people wishing me luck the week of a game was frightening. It was absolutely great to see. It would really push you on. It makes me very proud of where I come from. The whole place was painted red with Skibb flags. You would nearly feel like a celebrity walking into the nightclub. We were glad we represented them well and did them proud.”

Rugby in West Cork is thriving at present with both Skibbereen and Bandon underage teams enjoying great success. A number of West Cork players are also enjoying great seasons with their provincial and international teams. Jamie is proud of the contributions the Wycherley brothers, John Hodnett, Darren Sweetnam, the Coombes cousins, Enya Breen, Clare Coombes and David McCarthy are all making for their respective teams. “I think there is something different in the West Cork water as it seems to be producing very talented players on a regular basis. It’s great to see the Wycherley’s doing so well and we can’t forget the Skibb lads Liam and Gavin Coombes. Dave McCarthy also had a great season with Garryowen. They are all great role models to look up too in the club. Hopefully we can produce a few more top players in the coming years. Bandon Grammer are also doing great work. There are a few Skibb lads playing with them. It is brilliant to see them doing so well in the Senior and Junior cup.”

Jamie is confident Skibbereen RFC have a bright future going forward. The committee members and the personnel involved within the club fill him with great confidence. “I’d be very confident for the future of Skibbereen rugby. It is a small club with a massive heart driven on by an amazing committee and community. I hope we can drive on and win something with the adult men now as we achieved so much glory at underage level. Mags Coombes is the heart and soul of the club in my book. She was there when I was a small boy and she is still driving the club on. She is a great club person. The amount of boys and girls she has made into fine rugby players is astonishing, but there are so many more along with her behind the scenes. It is very hard to thank them all for what they do for us. Hopefully we made them proud with our performances this season.”

Tue Jun 4 , 2019
Much of Mitsubishi’s success in recent years has been down to their solid Outlander. It’s a fine sturdy people carrier which comes in five and seven-seat options and two and four-wheel drive. The Outlander should now become even more popular as it’s available as a plug-in hybrid, which means that […] 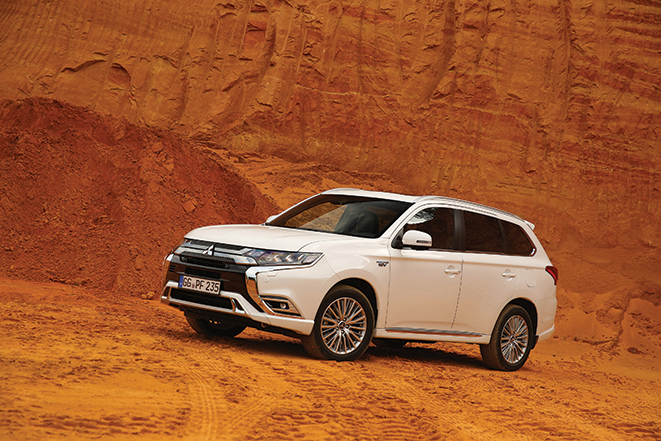