James Nyhan was the fourth of eleven children born to Daniel and Mary Sutton of Muckross, Ardfield. His parents were married in Clonakilty on February 7, 1880 with six boys and five girls born to the couple in the next seventeen years.

His grandfather, also Daniel moved from Droumgarriffe near Ballinascarthy to Ardfield around 1833 where he farmed in the townlands of Ballyluck/Dunnycove and married firstly, Julia Crimeen McCarthy in 1835 with whom he had nine children. Julia died circa 1858 and he remarried (1860) to Kitty Hegarty of the same parish with six children born to the couple. It is from the first marriage that James (Naval Officer – Petty Stoker) is descended.

Mary was the daughter of John Sutton (Stone Mason) and Catherine O’Donovan, Chapel Street, Clonakilty. Thirteen children were born to the couple with just seven surviving at the time of the 1911 census. James’s father Daniel worked as an engine driver at the nearby Barytes mines in Muckross. At the time of the 1901 census the family were living in the townland of Mountain Common but by 1911 were living in Muckross. His father continued to work at the mine where their eldest son John was also employed as a miner. John would also join the Royal navy. Two younger sons, Patrick and Thomas were of working age and employed at a local mill. 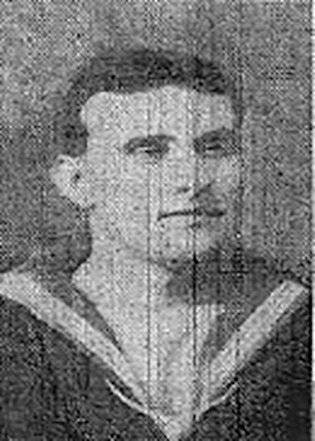 James joined the Royal Navy in November 1904 and is described as 5’8’’ tall with dark brown hair, grey eyes and a fresh complexion.

He had survived the Battle of Jutland off the coast of Denmark in 1916 against the Imperial German Navy. Over 9000 were killed and 25 ships were lost in this ferocious battle. It was the largest naval battle and the only full-scale clash of battleships in the war.

Home on leave to spend time with family and friends in the Clonakilty area, he was returning to his ship, the HMS Prince, which was berthed in Glasgow. He was amongst hundreds of other service men on board who were returning or going on leave. The war was within a month of being over and already the Germans had requested peace talks. However it was a conclusion which didn’t come soon enough for over five hundred people on board the RMS Leinster in what was the greatest loss of life ever on the Irish Sea in maritime history.

Shortly before 9am on October 10, 1918 the R.M.S Leinster left Carlisle Pier, Kingstown (now Dun Laoghaire), Co. Dublin. Bound for Holyhead Anglesey, Wales she carried at least 771 passengers and crew. The ship was commanded by Captain William Birch (61), a Dubliner who had settled with his family in Holyhead. Apart from Birch, the Leinster had a crew of 76, drawn from the ports of Kingstown (Dun Laoghaire) and Holyhead. Also on board were 22 postal sorters from Dublin Post Office, working in the ship’s on-board postal sorting room. There were 180 civilian passengers, men, women and children, most of them from Ireland and Britain.

But by far the greatest number of passengers on board the Leinster were military personnel. Many of them were going on leave or returning from leave. They came from Ireland, Britain, Canada, the United States, New Zealand and Australia.

As the Leinster set sail the weather was fine, but the sea was rough following recent storms. Earlier that morning a number of Royal Navy ships at sea off Holyhead were forced to return to port due to the stormy conditions.

However German submarines were on the prowl and Captain Robert Ramm of U Boat 123 was scanning the waters for suitable targets.

Shortly before 10am about 16 miles from Kingstown (Dun Laoghaire) a few people on the deck of the Leinster saw a torpedo approaching the port (left) side of the ship. It missed the Leinster, passing in front of her. Soon afterwards another torpedo struck the port side where the postal sorting room was located.

In an attempt to return to port, the Leinster turned 180 degrees, until it faced the direction from which it had come. With speed reduced and slowly sinking, the ship had sustained few casualties. Lifeboats were being launched. At this point a torpedo struck the ship on the starboard (right) side, practically blowing it to pieces. The Leinster sank soon afterwards, bow first.

Many of those on board were killed in the sinking. In lifeboats or clinging to rafts and flotsam, the survivors now began a grim struggle for survival in the rough sea. Many died while awaiting rescue. Eventually a number of destroyers and other ships arrived. Doctors, nurses, rescue workers and a fleet of 200 ambulances rushed to Victoria Wharf. Those needing medical care were brought to St. Michael’s Hospital in Kingstown (Dun Laoghaire) and several Dublin Hospitals. In the days that followed bodies were recovered from the sea. Funerals took place in many parts of Ireland. Some bodies were brought to Britain, Canada and the United States for burial. One hundred and forty four military casualties were buried in Grangegorman Military Cemetery in Dublin.

The body of James Nyhan was never recovered. His sisters travelled to Dublin and searched the hospitals and morgues but no trace or account of him was to be found. The family tragedy was devastating, as his younger brother, Daniel, was also killed in the war three years earlier in 1915 at the battle of Aubers Ridge on the Western Front.

To remember the centenary of this tragic event, commemorations will take place this October, culminating in the official state event on Wednesday October 10 in Dún Laoghaire, 100 years to the day since this devastating disaster. Similar events are planned for Holyhead.

The National Maritime Museum in Dún Laoghaire will be open free of charge during the commemorative week 6-14 October to encourage members of the public to visit and learn about the story of the RMS Leinster with a special Information Desk providing details on the almost 800 people on board.

Relatives of James Nyhan are not completely documented. Family lore would indicate that his sisters immigrated to the USA. However at least one of his brothers moved to Wales where descendants still live today in the Cardiff area. Jim Nyhan of Cardiff, his late brother Peter and other siblings are nephews/nieces of James who was lost on the Leinster.

The tragic story of a little-known Skibbereen patriot

Mon Nov 5 , 2018
John Cadogan Murphy, later known simply as ‘Whitehead Murphy’, was born in 1859 in Assolas near Skibbereen, where the monument now stands on the Baltimore Road. John had three brothers – Patrick, James and Jeremiah – and three sisters – Harriet, Nora and Mary Ellen. Pin it Before his 21st […] 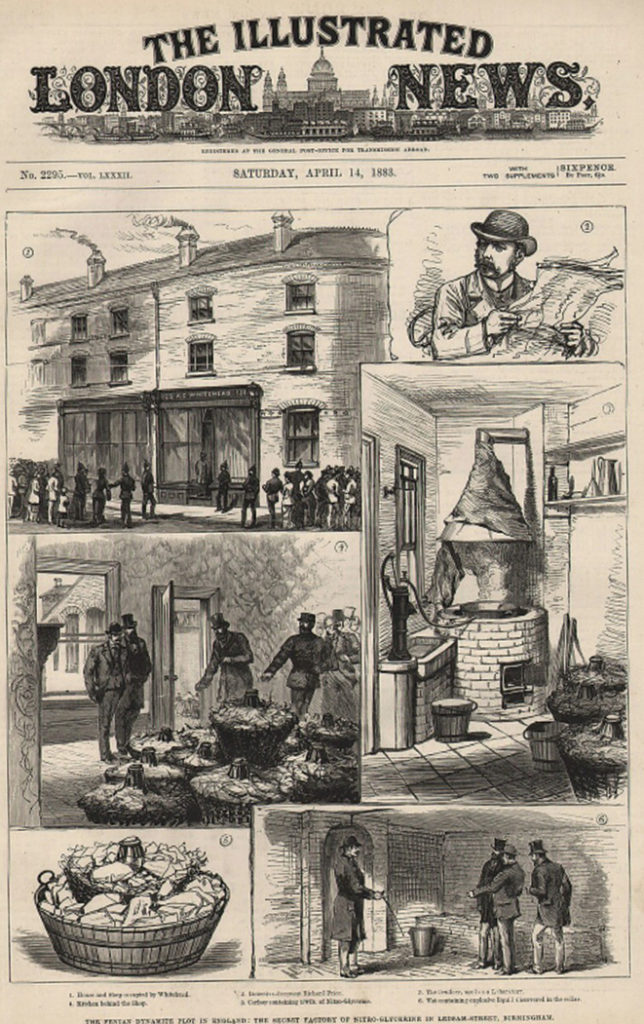