Well listeners, I hope you have had a chance to tune into www.westcorkfm.ie. It might take some time to get into the new format, but our schedule now runs Saturday and Sundays. The ‘History Show’ will now feature on Saturdays at 6:30pm. Once again, if you want to hear any of the previous shows, they can simply be found by going to the ‘listen Back’ section, where you will find a feast of shows, from music, farming, the arts and of course the History Show.

In recent weeks I took a trip to Northern Ireland and for all the good news stories we hear about the north, there rumbles underneath, a lurking animosity between many communities. The evidence of an improved state of affairs is everywhere, tourism, improved infrastructure and of course not a sign overt violence. What is also visible, are the pillars and street corners painted blue red and white. Flag poles flying the Union Jack hang tall and proud over some pubs, street lights and on roundabouts. In a place where identities are contested, symbols of course take on a greater significance. Add to this tinderbox of contested identities, the fuel that is Brexit and you’ll find that perhaps Northern Ireland is dangerously simmering towards trouble? It’s a different thing to travel in a place as opposed to read or be told about it. You can gauge a mood much stronger in the flesh than in print.

One hundred years ago, unionists in the south faced a type of Brexit themselves. This time, one that left them adrift in the south, which they had no control over. Edward Carson, the most powerful unionist voice in Ireland, was only too happy to cut his southern brethren to secure the north’s position in the United Kingdom.  The Protestant Unionists of the south naturally were unhappy with this. It was to be the final nail in the coffin of their political and cultural influence, which I have covered locally in my own book, ‘Behind the Wall – the rise and fall of Protestant power and culture in Bandon’.

One of the cultural practises that was part of Protestant tradition was the Orange Order. An institution that still prevails in strong numbers in the six counties. Indeed, in my own research for my book, I discovered that Bandon has seven orange lodges at its peak in 1834. So I was intrigued when Quency Dougan, at the invitation of the ‘Cork Historical and Archaeological’ Society invited him to lecture on the Orange Order in county Cork, in the Crawford Art Gallery. Both Quency and the Society were only too delighted for the lecture to be recorded and I will be airing it on www.westcork.fm next month.

Listeners will be intrigued to learn that the Orange Order was widespread in the rebel county. By 1856, there were altogether thirty lodges in Bandon, Cork City, Macroom, Rosscarbery, Clonakilty, Bantry, Youghal, Milstreet, Mallow, Charleville, Ballincollig, Cobh, Kinsale, Fermoy and Mitchelstown. Though not all of them thrived and some had small numbers, it nevertheless illustrates the how widespread the orange culture was in Cork. Bandon often referred to as the ‘Derry of the South’, of course was one of the strongholds. Dougan however, finds evidence of smaller lodges and their activities. In 1801, there were sixteen Orangemen from Rosscarbery attacked on their return home from a dinner to celebrate the anniversary of the battle of the Aughrim. Dougan also tells us that for the most part Orange parades and celebrations passed off peacefully. Nevertheless, on one occasion in 1821, the father of an Orangeman was attacked and killed in Timoleague, in retribution for the death of Peggy Carthy in Bandon, the day before at an Orange parade.

All the county lodges would send delegates and reports to the headquarters of the Cork Orange order in Tuckey street, Cork City. Dougan, explains that its next door neighbour were the Free Masons, but was at pains to point out that there was or is no connection between the two institutions to this day. Some of the other lodges in the city could be found in Opera lane and Emmet square [currently the home of Star Bucks!] On a national level, there would be a meeting of the Grand Lodge of Ireland, which would be an assembly of delegates from all the Orange lodges in the country. Belfast and Dublin shared this gathering, but in 1854 the Grand Lodge came to Cork City. In all there were sixty-three Orange representatives from across the country in attendance. The county grand master has some famous names over the years, from Colonel Henry Boyle Bernard, to Dominick Patrick Sarsfield and to James Francis Bernard, Earl of Bandon. Dominick Sarsfield resided in the Big House, which once dominated the landscape in Togher. It came to my attention that the road leading into Togher from Bishopstown is called Sarsfield road. I had always assumed that it was named after the Irish Jacobite, Patrick Sarsfield who fought for king James against the Williamites in1689/90. It made me wonder if indeed it was named after the Orangemen Dominick Sarsfield? Dougan could neither confirm nor deny my query.

The Great War saw a big decline in the returns of lodges and many memberships were suspended indefinitely. No doubt many southern Protestants joined the British army, thus further weakening the fragile numbers of the remaining lodges. So when Carson, cut adrift his southern brethren to secure a Protestant state in the north, many traditions including the Orange Order, slowly vanished. Very little remains to remind us of their existence in Cork, so if you are curious to learn more, tune into www.westcork.fm to listen to Quency Dougans lecture on the Orange Order in Cork.

The secrets of stone set to be unlocked at Symposium

Mon Mar 4 , 2019
Stone carvers and dry stone walling experts from around the world will gather on the Sheep’s Head peninsula to share their skills at the West Cork Stone Symposium this spring. The symposium, taking place from March 22–24 in Durrus, will be a hands-on, creative celebration of stonecraft and its place […] 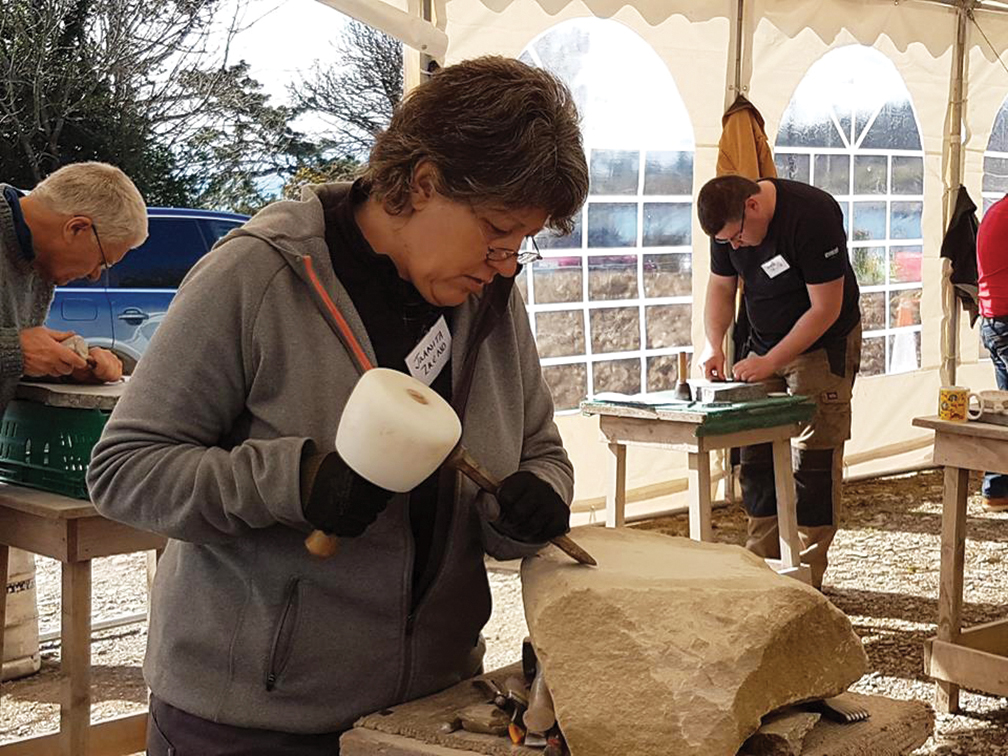