In short, in the coming months, as well as being an internet station, we will also be broadcasting as WestCork FM from our base in Bandon. Ultimately we hope to encourage more listeners to the station and having access to our material on traditional radio in your kitchen or your car, will make it easier and accessible for many. But don’t despair lovers of podcasts and internet radio. You will still be able to access us on line including all past shows in the listen back section on www.atlanticradio.ie. There will be a host of new voices and shows over the coming months.

I mentioned last week we can look forward to a year of centuries relating in particular to the revolutionary period 1919-23. I had the pleasure of attending the Soloheadbeg Ambush: Impact and Legacy symposium in Tipperary on January 19. The event was organised by Dr Noreen Higgins-McHugh and run brilliantly by her team with 250 people in attendance. I was delighted to be able to record a host new lectures, thanks to the organisers and I have an array of lectures I will release on www.westcorkfm.ie over the coming months.

So what is the significance of the Soloheadbeg ambush? Many claim it was the start of the War of Independence and the first shots fired in anger by the Irish Volunteers. But was it? In fairness to the many speakers, there was an acknowledgement that there were other engagements against crown forces. Local Clonakilty historian Marion O’Leary, informed me that the first armed attack on crown forces after the 1916 Rising actually took place at Beal na Ghleanna near Ballingeary. Two RIC officers were shot on July 7, 1918 by volunteers from the 8th Battalion of Cork NO.1 Brigade. Constable Butler and Bennett survived their injuries and perhaps that is one of the reasons it never received the attention of Soloheadbeg where the constables in question, were both killed and caused an outrage in the community and with many members of the first Dail. Added to this, the fact that the Dail meet for the first time, on the same day in Dublin, elevated this ambush to its now, lofty position.

Those who spoke on the events were Dr. Noreen Higgins- McHugh who gave us the international context; Sean Hogan, who spoke about the 1918 election with particular attention on Tipperary; Dr. Des Marane forensically analysed Dan Breen’s version of events in his famous memoir against other sources. Jim Herlihy, one of Ireland’s leading historians on the RIC brought the perspective from an RIC point of view and, in the last lecture of the evening Dr Martin Mansergh, whose father heard the shots on that fateful morning, examined the twin questions of physical force versus passive resistance. All these lectures will be made available on www.westcork.fm in the coming months.

The conference speakers struck the right tone between, commemoration and respecting the dead. Those who were expecting tales of a heroic event, were reminded that two men were murdered on the day, Constable O’Donnell and McDonnell, were Roman Catholic, Irish and well liked in the community. O’Connell was a native of Coachford, while McDonnell was a native Irish speaker from Belmulet, Co Mayo. What’s more, he was a widower with five children and coming up to retirement age.  They were simply escorting two council works to the local quarry as they were bringing a shipment of gelignite for explosion there. The reaction of the time was revulsion and sadness at their ‘murder’.  Des Marinane, in his lecture equates Breen to Churchill historical philosophy. Get your version of what happened in first, and that becomes the accepted narrative of how events unfolded. Indeed, most people’s understanding of what happened on that day, are taken from Dan Breen’s memoir: ‘My Fight for Irish Freedom’, where he suggests, they set out deliberately to start a war. However, the witness statement from the Bureau of Military History, such as Seamus Robinson’s, paint another picture, one which didn’t centre around the self-publicising Dan Breen. Indeed, Breen didn’t even fire any of the shots. On YouTube, you can find footage of him saying his only disappointment that day was there weren’t more police to kill. What also emerges from the lectures is that the Irish Volunteers in Tipperary had many factors motivating them for that attack that day. They had regretted that they had missed their chance for combat in the 1916 Rising. They were under orders to take any opportunity to cease arms or explosives when they could and most interestingly. They were fuelled by the propaganda that Sinn Fein had been feeding their supporters over the last few years, one of an independent Ireland achieved by any means possible. The result – the ambush at Soloheadbeg. It didn’t start the War of Independence as many claim. There were half a dozen or so attacks on RIC personal or barracks in Tipperary over the next 12 months. The ‘real’ war or engagement took place in the 1920s. Nor was anyone referring to it as the ‘War of Independence’ at that stage. As the constables’ blood seeped into the roadside of Soloheadbeg, members of the first Dail entered the mansion house. In yet another shade of grey that is Irish history, as the Dail member stepped inside for this historic and momentous event, returning Irish soldiers who had been prisoners of war in ww1, were leaving at the end of a banquet that had been held in their honour. This scene awash with union jacks for the soldiers, juxtaposed with the tricolours welcoming the new Dail. Meanwhile in Soloheadbeg, Irishmen had become heroes and Irishmen laying dying in the wet soil. So many greys indeed in irish history where nothing is black or white. Listen to it all on www.westcork.fm.ie

Fáilte Ireland announces funding of €194,000 for Festivals and Events in Cork

Mon Feb 4 , 2019
West Cork Chamber Music and Literary Festival and A Taste of West Cork are two of six Cork festivals to benefit from €194,000 in Fáilte Ireland funding announced by The Minister of State for Tourism and Sport, Brendan Griffin TD. As part of the tourism development authority’s efforts to use […] 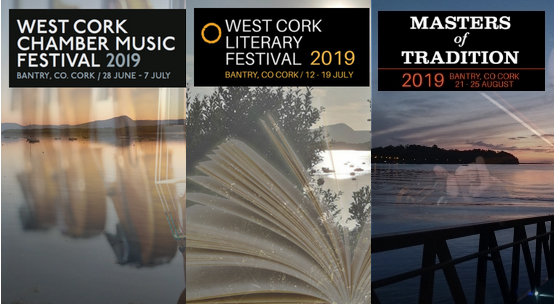