Firstly, congratulations to everyone who was involved with the Save Our Skibbereen campaign, as the application for the plastic factory has been withdrawn. Fundraising campaigns make a difference!

Music Therapy is a form of therapy which is used by Music Therapists to treat clients of all ages, with a wide range of issues. Lisa McAuliffe is a qualified Music Therapist and I found out more about this interesting field.

WCP: “How would you explain Music Therapy?”

LM: “The client-therapist relationship is a big part of it, but it’s also goal-based. We work to achieve those through our interventions. They could be anything like singing, improvisation, music technology, and song-writing. Music Therapy is applicable to everyone.

“As Music Therapists we follow a specific plan: first is the assessment of our goals and objectives – ok, what do we want to achieve; then you design your intervention around that –  what am I going to do to achieve X, Y and Z; at the end, you’d be hoping that it works, but if it doesn’t you’d be looking at what you could do differently. The evaluation is the trickiest part, because for the most part it’s the therapist’s evaluation. It’s where you’re trying to prove the clinical effectiveness. A lot of other therapies have a tool to measure how they’re doing, but it’s hard to have a tool for that one.”

LM: “I think the first mention of it academically was around World War II. It was used on soldiers suffering from what was then called shell-shock – they used to play live classical music for them in hospitals and it used to calm them down.”

WCP: “Where did you qualify?”

LM: “I went to University of Limerick for two years to do my Masters in Music Therapy. It’s very hard because we don’t have statutory recognition in Ireland, whereas you would in the UK and there’s a lot more advertised jobs, working in hospitals there, than there are here. Over there, it’s up there with Occupational Therapy, Physiotherapy and all these well-established therapies, well-grounded in research. You’re trying to compete with that, and prove that the evidence base is there. It’s hard, in Music Therapy there’s a lot of evidence there to support it when it’s happening, but there isn’t a lot of evidence for afterwards. It’s harder to prove afterwards that a person is less agitated. Everyone expects everything to be evidence based, but it’s very personal and it’s hard to turn it into quantitative data.

“Hopefully it’s on the way to being recognised. We have the Irish Association of Creative Arts Therapists (IACAT), they’re working to get us recognised, but Psychotherapy is in there ahead of us. The recession put a stop to everything. So a lot of the Music Therapists here are self-employed.”

WCP: “Are you self-employed?”

LM:: “Mostly. I’m covering for a Music Therapist who is on leave now, but come January, I’ll be self-employed again. As there is a lot of overlap between singing and speaking, we work a lot with Speech and Language Therapists. We use Lámh, a simple sign language, and put music to it.

WCP: “Can you give me an example of a success story?”

LM: “I have worked with deaf children, who have had cochlear implants. What these devices do is they reduce down the frequencies of sound to what is salient to speech. A little computer inside decodes them and turns them into speech. I think it sounds quite robotic. The girl I worked with, it was lovely! She had to learn how to hear, then she learnt how to sing!”

WCP: “Where can you find out about getting official Music Therapy?”

LM: “A good place to go is IACAT.ie. Their website is a good place to go because any serious Art Therapist is on there. They have a map you can click on to see where a Music Therapist is available is available near your location. Or contact their head office and they can put it out there that someone in West Cork is looking for a therapist. There are Music Therapists in a lot of hospitals in Dublin and limerick, but none in Cork as far as I know.

“It’s tricky, because since we don’t have statutory recognition, anybody can call themselves a Music Therapist! So you’d be just hoping that when you see ‘Music Therapy’ written down, that it is actually done by a qualified Music Therapist. Anyone who is serious about being a Music Therapist attends supervision. I attend supervision with a Senior Music Therapist and I am a paid-up affiliated member of IACAT. You have to protect the people that you’re working with because they are so vulnerable too! There are cowboys out there!

“It’s lovely work, it’s great work, it’s challenging work, it’s rewarding work. It’s humbling, because you’re working with very vulnerable people and for that person themselves and for their families to trust you, it’s lovely.”

My gig of the month is: John Spillane October 3, De Barra’s Clonakilty tickets €15.

Tue Oct 8 , 2019
The faster moving, personal planets transition as usual from Libra into Scorpio during October. Planets in Scorpio are known to express a deep and abiding emotionally driven perspective. The first to make it’s move is the messenger, Mercury heralding the way for an emerging theme this month.  When Pluto turns […] 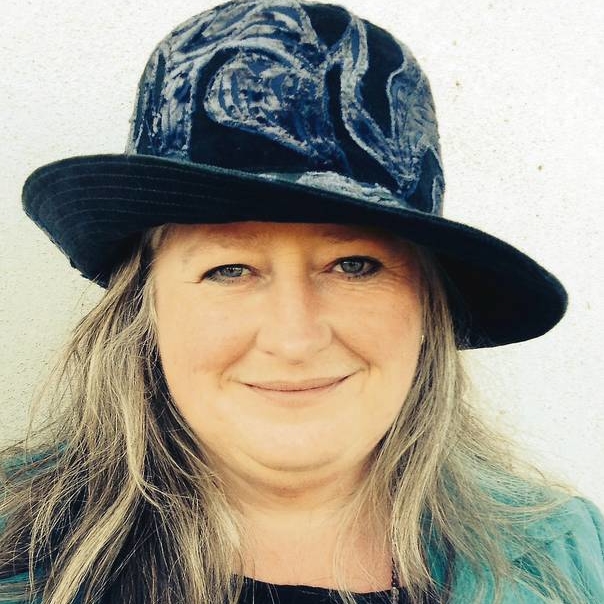