I was recently contacted by a member of Save Our Skibbereen, a campaign to stop the plastic factory due for Skibbereen. They released an album to help fund a judicial review into the recent planning permission that was granted. The campaign has a CD of 17 songs, featuring excellent local musicians such as Camilla Griehsel, Bean Dolan and Lauren Guillery; and is great value at just €7. At the time of going to press they are just shy of €37,000, and they hope to reach their target of €50,000. You can donate directly or buy the CD; details are at https://saveourskibbereen.ie/ .

This worthy cause is an example of where artists come together for a cause that is bigger than themselves: when albums are not about selling the album but are about a greater, often a higher power: to help those less fortunate, or even to change history! It got me thinking about the origins and varieties of this.

Perhaps there have always been songs that were about more than just the melody, the rhyme and the rhythm. Much of the old folk music that is still known today has a political message. In this country, both hedge schools and Mass rocks, (where Irish Catholics came together illegally to be educated and to celebrate mass respectively), had songs which they sang. In these cases singing was a rebellious act, and keeping the songs alive was an act of defiance.

Throughout history and throughout the world there has been much banned music or songs. In the second half of the 20th century as societies became less about censorship, the power of music to create positive change became apparent. This reached its zenith with the Flower Power movement of the 60s, which in turn led to the charity album. The first high profile charity album, was ‘The Concert for Bangladesh’, a live triple album credited to ‘George Harrison and Friends’ and released on Apple Records in 1971. The album followed the two concerts of the same name, held on August 1, 1971 at New York’s Madison Square Garden, featuring Harrison, Bob Dylan, Ravi Shankar, Ali Akbar Khan, Ringo Starr, Eric Clapton, etc. The shows were in aid of the homeless Bengali refugees of the Bangladesh Liberation War, and set the model for future multi-artist rock benefits such as 1985’s Live Aid. Despite its poor sound quality it made if to number one around the world including the UK, and won the Grammy for best album!

For the album ‘Instant Karma’, the rights to John Lennon’s songs and music publishing royalties were donated by Yoko Ono to Amnesty International’s Campaign to Save Darfur. Ono said: “…in standing up for human rights, and selling more records, we really can make the world a better place.”

Given the long history of this phenomenon, it begs the question, why has it persisted for so many centuries? I think the answer is that we love to see artists truly engage! If you love this too, please continue to support them.

My favourite songs for charity or for political causes are:

• Kate Bush’s rendition of the Irish rebel song, ‘Mná na hÉireann’, (an eighteenth-century poem which imagines Ireland as a generous, beautiful woman suffering the depredations of an English master on her land, her cattle, or her self).

• Eminem’s freestyle rap against Trump, ‘The Storm’, in which he goes so far as to tell any of his fans in uncertain terms, that if they’re fans of Trump then he does not want them as fans of his!

• ‘Not in our Name’ by Charlie Haden and the Liberation Music Orchestra—an album against the 2003 invasion of Iraq.

• On that topic, Radiohead’s Thom Yorke solo song ‘Harrowdown Hill’. His “angriest song” is about the alleged killing of David Kelly by his own Ministry of Defence, because he gave evidence (off the record) that Iraq did not have weapons of mass destruction, after Blair lied saying that Iraq did.

• The anti-war song, ‘One’ by Metallica. (At the time of the original release, a fan spat at them in the face for “selling out” by making a video). Check out their performance of it at Slane last month – they still have it!

• Bono’s favourite U2 song, ‘Miss Sarajevo’, featured on the album Pavarotti and Friends: Together for the Children of Bosnia.

• Stevie Wonder’s song, ‘appy Birthday’ did a lot to get Martin Luther King’s birthday as a holiday in the USA.

Fri Jul 5 , 2019
For the month of July art and geography combine in two distinctly different exhibitions at Blue House Gallery, Schull. Firstly, artists from the now long established D.I.T Degree Course on Sherkin Island will be shown in an exhibition that charts the development of this singular initiative in bringing third level […] 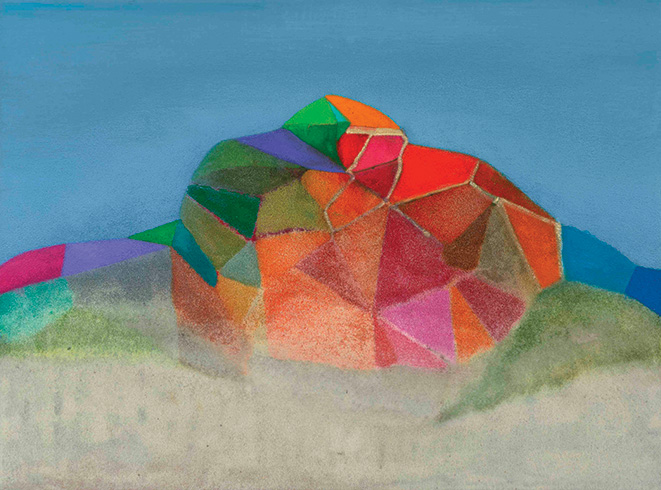