Justin Grounds describes himself as a violinist and composer. He explains, “Because violin is where I go to first, and composing is my favourite thing to do. And the way that that then manifests itself in my daily life is teaching, performing, making records, and whatever comes.” He is refreshing and inspirational when he talks about music.

JG: “First of all I want anything that I do to be interesting to the ear. Secondly I want it to be for everyone. I have this nightmare that it’s for wealthy middleclass people. Or investors or bankers! I want it to be totally democratic, so that people can come and enjoy it. Whatever I put my hand to that’s been my over-riding statement. I really passionately believe that!”

WCP: What are you working on at the moment?

JG: “August 3 is the premiere of my oratorio. It’s the biggest work that I’ve done yet. It’s for a choir and seven instruments, with readings. I’ve scored it so that it can be played by any instruments — I’d love to see it played on seven Casio keyboards! I just wanted the notes to stand for themselves. They have to interact in a certain way and it will work. One of the joys of creativity is when you turn everything on its head and you do what you were taught not to do. And you go in a whole new direction. I’ve really enjoyed writing it.

“It’s called The Embracing Universe, based on the writings of the philosopher and palaeontologist, Teilhard de Chardin. He wrote a lot about the evolution of human consciousness. He saw how life always finds its way and we have to follow where it goes. And what he wrote in the ’50s was very applicable and relevant to the social and environmental crisis that we face now. It’s about how do you find our place and look forward to the future. Hopefully people will come away feeling hopeful [laughs]!”

WCP: You’re on the Arts for Health, which provides a managed arts programme for older people in healthcare settings. You also lead the Youth Orchestra in Clon, which includes your three-year-old son Ari.

JG: “It’s interesting working with the very young people and people at the end of their lives. The essence of life is in both. It’s like being in the moment, isn’t it? It sort of purifies the mind because the kids are constantly gaining and learning, bringing stuff into themselves. And the older folk have lost most of everything — their family, friends, their mobility. Both of them have something beneficial. I guess it’s like losing the ego.”

WCP: What do you think classifies music?

JG: “For me, music is just classifiable by alphabetical order! Basically what we’re doing is we’re making the air vibrate in a certain way together. And when you get back to that it’s quite liberating. You don’t have to think, ‘Am I doing jazz music, or electronic music?’ No, I’m not doing any of that — and that’s not to simplify it, music is like architecture of sound — I’m just making the air vibrate in a way that is gonna make us all resonate. Certain music, you hear it and your body resonates. Not just your body — your soul! Something in you starts to go, ‘Yeah, I’m with this!’ And that’s what all composers are looking for.”

WCP: How do you see the future of music?

JG: “Whatever the future of music is, it might not be replicating old genres, but it will be replicating in the sense that it will be people who want to resonate, however they make that resonance happen with their community. Because the community will be different and the problems that they’re facing, and the things that they love. All that stuff is bound up in how we make music. It’s not just one person sitting at a piano. It’s the state of mind of the whole.”

WCP: How have you been able to survive as a musical artist?

JG: “I’m lucky enough that I’ve always made a living out of it. I’ve always been able to do what I love and to provide for the needs of me and my family. I still do tonnes of stuff without getting paid for it because I want to do it. It works for me because I’ve got a varied skillset: I really like performing; but I’m also good with technology, so I do producing; but I’m also good with kids and teaching. I like all those things, and it keeps me interested. So that’s probably why it works for me.”

JG: “I was touring all around Australia, New Zealand, England and America playing gigs. And then I did a gig in De Barra’s and I’m like, ‘Oh s€€t! This is amazing!’ There’s all these people and they just want music, and they’re quiet. You feel like there’s something in the air here. It’s what kept me here for so long. You feel like what you’re doing is like food for people. And they’re really enjoying…eating it! [laughs] Which isn’t everywhere. Sadly it’s been lost in loads of places. And I don’t know why. It’s probably a cultural things. I think the culture here is more focused on things like soul food. So we’re lucky. We have to hold onto that so badly because it’s so necessary!”

PS. A big congratulations to Rosscarbery’s own Marcella O’Sullivan, whose video for her song, ‘Where Have All The Women Gone?’ was one of five videos from around the world chosen to compete at Hollywood’s Women’s Film Festival.

My gig of the month is: Junior Brother, Thursday, June 27 at 9pm in De Barra’s, Clonakilty, tickets €10.

Skibbereen U18.5 rugby team basks in the glow of a brilliant season

Tue Jun 4 , 2019
The Skibbereen U18.5 rugby team enjoyed a truly brilliant season this year. They captured Munster and All-Ireland championship success following a scintillating season which augurs well for the club moving forward. They were captained to provincial and All-Ireland glory by their talented leader Jamie O’Driscoll. John Bohane catches up with […] 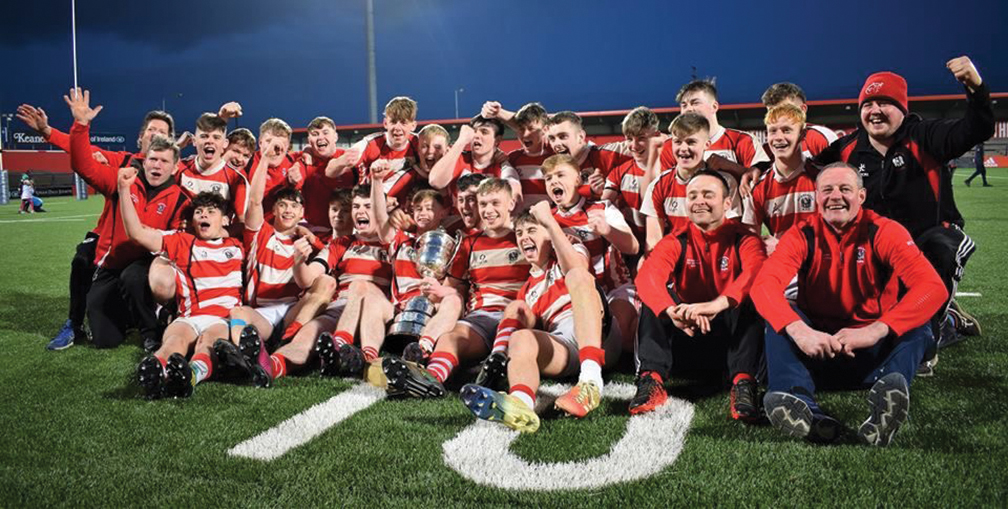