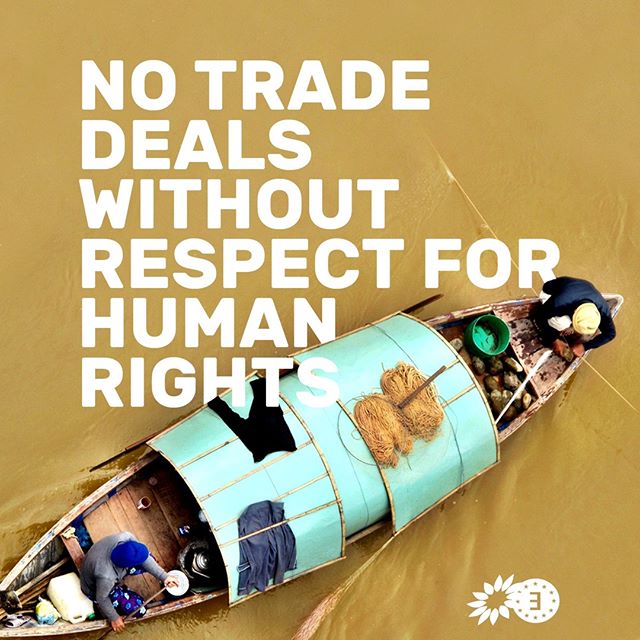 In the midst of the madness of a couple of weeks that have been a whirlwind of General Election and Brexit madness,  the grounding point for me has been in thinking about the people who may well be most impacted by decisions taking place behind closed doors. Though they are far away from the conference rooms and modern, air-conditioned bubbles of the places where big decisions are made, these are people whose lives are effected directly.

In particular I’ve been thinking of people both in the UK and at home in Ireland, whose lives and livelihoods may be damaged by the repurcussions around Brexit. Already Brexit feels like old news, with our own media being consummed by the election. But while the election will (hopefully) result in a government being formed at some time in the near future, Brexit may leave more long-term instability. There is no doubt that people working across a number of sectors are under threat – from the most vulnerable, low-paid workers, to those in finance and other more ‘high-flying’ areas which can wield wider national and international economic influence.

Brexit brought about an emotional week on a personal level for me. I’ve been a Member of the European Parliament for 7 months now, and over that time I’ve forged close ties and friendships with many of my colleagues. I want to pay tribute to many of the British MEPs who, in recent weeks, served their last days in the European Parliament.

I’m not talking about those MEPs who hogged the media coverage with their antics. You know who I’m talking about; we’ve been seeing lots of parliamentary coverage focussing on the boorish and disrespectful behaviour of them, the extreme Brexiteers, who see this as a cause for celebration. I’ve heard some anti-British sentiments being expressed in recent days and weeks, and I think it’s important to differentiate between the behaviour of particular British individuals and an entire population.

The MEPs I’m referring to are the ones who did not feature in our headlines, who did not receive the level of acknowledgement they deserve. I’m talking about the other British MEPS: My British colleagues in the Green group, as well as many other democratically elected British MEPs, who are leaving Brussels with a heavy heart.

These are hard-working, capable, dedicated, elected servants of the British and European people, who deserve to be thanked and saluted. We will be a lesser Parliament without them.

The other particular group that has been foremost in my thoughts in the wake of Brexiit, is the fishing community at home. The British government published its new Fisheries Bill almost two weeks ago. The news that it will govern access to UK fishing waters after the country leaves the European Union, is, to put it mildly, alarming to me.

I’m a coordinator on the Fisheries (PECH) Committee in the European Parliament. I spent many years working at sea when I was an activist with Greenpeace. I have family who earned their living by fishing. This is an area very, very close to my heart. So when I refer to those whose lives are affected by decisions made behind closed doors, I have a particular concern for the individual men and women trying to earn a living by the sea, but also the fishing sector as a whole.

I’m not exagerrating when I say the sector is under very real threat as a result of Brexit and the implications of this bill, if it’s passed, which will see a new licensing arrangement for non-UK boats introduced.

Boats from EU states will lose their automatic right of entry to UK waters from the end of this year; news that is particularly unwelcome considering we, the Irish, take 35% of our catch out of British waters.

The next round of Brexit negotiations sets 1 July as the date for agreeing a new fisheries deal between the EU and UK. But some UK politicians have already indicated their reluctance to move on the issue of access to UK waters.

My hope is this. The UK export 70% of their fish to the EU, so at this scale it gets tied up with trade, and predictions are that access to UK waters is very likely to be a key factor, a bargaining chip, in negotiations with the EU over a new trade deal.

Already a number of European politicians and officials have said they want British access to the EU’s lucrative markets to be dependent on allowing European fishing fleets to have continued access to UK waters.

According to the Financial Times: fishing threatens to derail EU-UK trade talks and Britain risks triggering a tough response from Brussels if it limits access to its waters.

In my position in Europe, I’ll continue to do everything I can to defend the fishers and their right to a future. This development could bode very badly for them. It’s a David and Goliath situation. We are hearing that the EU says they will protect them. If it comes to a massive trade agreement versus the decimation of an industry that sustains hard working fishers on the ground along with their families and communities, I hope we can count on the continued support of Europe. I’m confident that every Irish MEP and national politician, across all parties and none, will get behind the Irish fishing industry to ensure its survival into the future.