Many of you will have heard by now that American owned RTP Company who are registered as Daly Products in Ireland have, after a two-year battle with Save Our Skibbereen (SOS), withdrawn their application for planning to build a polymer compounding factory on the Baltimore Road in Skibbereen.

SOS ran a campaign involving curiosity and discovery followed by spreading awareness; and then fundraising to fight the planning application in the High Court.

Two years ago if you had said the word ‘Nurdles’ to someone in Skibbereen they would not have known what you were talking about, now people can tell you not only what these little monsters are, but also how many spill in transport, how they are full of toxins, how they attract further toxins, how they enter the food chain and how manufacture of them emits toxins into the air and water.

When in December 2018, SOS told a packed public meeting they needed to raise €15,000 at short notice to pay for application to the courts for judicial review, the people of West Cork responded taking just three weeks, over Christmas, to raise that money.

The campaign has been a win in so many ways. Of course SOS are delighted that the planning application has been withdrawn, however as well as that obvious win many people have started to point to the fabulous diversity of assets in the area and to ask the question, “What DO we want in Skibbereen for the future?”

On Monday, September 9, just before news of RTP withdrawing broke, the County Council elected representatives debated a motion brought by Cllr Holly Cairns, to reverse the rezoning of the site and return it to Town Greenbelt, as it was until April 2016 when it was re-zoned to Business B02 specifically for RTP Company’s planning application.

Cllr Cairns argued that the community shouldn’t have to spend time and money fighting planning decisions subsequently quashed by the High Court and that putting a polymer compounding factory so close to Natura 2000 sites without proper scrutiny “really isn’t in line with our climate adaption strategy to increase protection of areas like Lough Hyne”.

During that debate Cllr John O’Sullivan brought attention to the fact that the County Development plan review is due to start in December 2019 and stressed the “need to look at the procedures and at what has happened in West Cork in the last number of years, with controversy over the plastics factory, Bantry Bay and Dursey Visitor centre.” He said “Whatever happens we need to be absolutely certain that we get the decisions right.”

Cllr John O’Sullivan is right. The balance between increased development and the environment has never been more poignant or more important. On September 20, thousands of people across Cork joined millions across the World for the Global Climate Strike.  The people are calling for governments to take the environment seriously.

Cork County Council has the distinction of becoming one of the first County Councils to publish a Climate Change Adaptation Strategy. A Draft plan was sent out for public consultation in July 2019. Once adopted, the Climate Adaptation Strategy will be the main instrument to achieve the over- arching commitment by Cork County Council towards a low carbon, climate resilient and sustainable environment. The climate adaptation strategy creates a local government duty to set targets and policies based on the local potential to protect the environment and to reduce emissions.

This plan should therefore impact local planning policy and create a framework for legal duties under planning and environmental law.  So many of the daily decisions around new and existing infrastructure, such as new buildings, roads and utilities are made at the local level.  All of these decisions will ‘lock in’ the area’s future emissions and its resilience to climate change for well beyond the five years duration of the next Local Area Plan.

Sam Hunter Jones, climate lawyer working with Client Earth said, “Scientists warn that we have 10 years to transform our economies and avoid catastrophic climate change, but decisions that will have ramifications for decades are being made now by authorities with no idea if these decisions are consistent with national and international commitments to limit emissions.

Emissions from buildings and transport are examples of just two sectors where local planning plays a critical role.

As Sam Hunter Jones points out there are substantial benefits to climate-sensitive planning, such as improving local economies and creating jobs. “Climate action at a local level can transform people’s quality of life for the better, with clear net benefits to health, air and water quality, employment, energy affordability, community cohesion and biodiversity.”

At this time, whilst developing a new Local Area Plan, it is to be hoped that Cllr John O’Sullivan’s words will be taken seriously. For carbon targets to be meaningful, they need to be incorporated into local planning policy as a core objective against which all other policies and decisions will be tested.

“Each and every planning decision taken today must be in line with long-term climate goals, because what and how we build today will determine our climate impact and resilience in the crucial decades to come,” said Sam

“I know many elected members have said it was a mistake; and that with more information at the time they would have been opposed to the rezoning,” said Cllr Holly Cairns  speaking about the 2016 rezoning of the Skibbereen site, “Now we have far more information. We can’t change the past, but we can do our best not to make the same mistakes in the future.”

Globally students are marching and striking for Climate Change because it impacts all our futures. Marching in the streets however is not the only action available to us. Making it our business to be curious, to discover what the plans are and how they could be made better, to spread awareness and to help form the Local Area Plans during public consultation is a local action that, as with the local Climate Strikes become part of Global Actions that can really affect change .

The Local Area Plan Review will start in December 2019 and should be available for public consultation before being finalised. You can sign up to receive notification of when new plans are available at https://corkcocoplans.ie/subscribe/

As the SOS campaign has shown, people power really can affect change. West Cork is Awake, Let’s keep it That Way.

Tue Oct 8 , 2019
Much has been written over the past number of weeks in relation to the possibility of Ireland facing one of the coldest winters on record, with crippling blizzards predicted to inflict an icy misery across the country for much of an extended winter season. Such apocalyptic predictions it must be […] 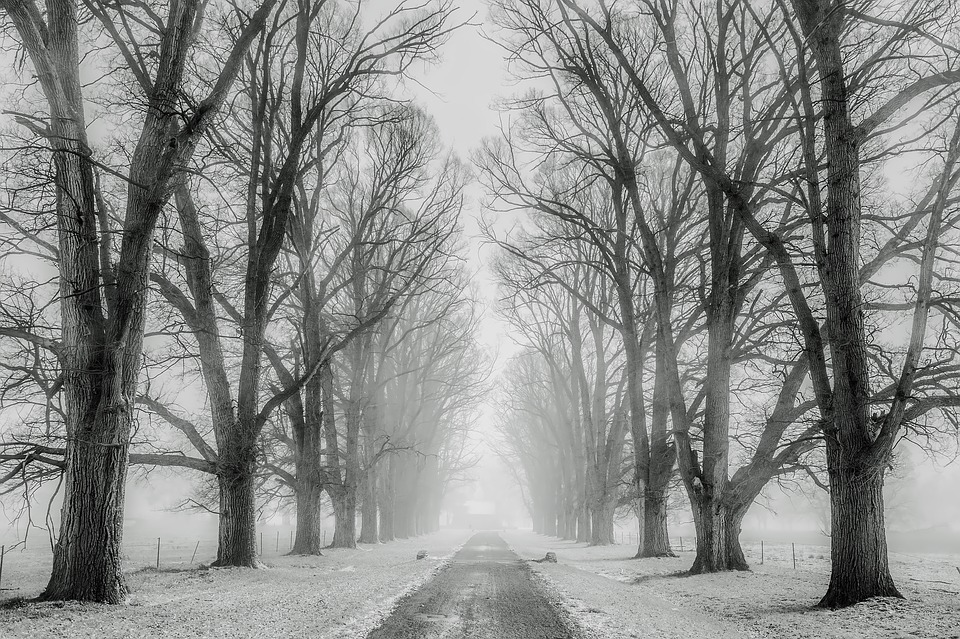