Coming off the end of National Biodiversity week here in Ireland I thought I’d continue the discussion, as it’s an ongoing crisis.

Some disturbing news in the recent IPEBS report had some very sobering statistics. One million species about to become extinct and if we keep our head in the sand then we are on a collision course to possible extinction ourselves. There have been more species lost over the last 50 years than the entire length of the planet’s life. Some reports indicate 60 per cent losses. We cannot sustain this.

“We are sleepwalking towards the edge of a cliff,” said Mike Barrett, executive director of science and conservation at WWF “If there was a 60 per cent decline in the human population, that would be equivalent to emptying North America, South America, Africa, Europe, China and Oceania. That is the scale of what we have done.”

Tanya Steele, chief executive at WWF, said: “We are the first generation to know we are destroying our planet and the last one that can do anything about it.”

I’ve quoted rather than just giving my opinion as these are very credible reports and people and they can say it much better than I can.

Tanya Steele’s quote is right on the money and leading scientists have reported that we have about six months to a year before its too late, even at that if we stop now it will take about five to seven million years for the earth to recover from our massacre of species.

In my little world of pollinators my greatest concern is the overuse of nutrient poor foods for them. What we have done to our own food we are now doing to our insects with sterile over hybridised empty plants like geraniums (Zonal Pelargoniums) modern pansies and busy lissies to name a few, our pollinators are starving put simply. We need more native wildflowers and there is a beautiful example of this at UCC with their wildflower corridors, they are breathtakingly beautiful and support a huge range of life. These could, with a little thought and forward thinking, be adopted by our county councils and would be life promoting for all of us. It just means thinking a little differently about our approach and stopping the use of life-killing Roundup.

It’s all about changing perspective and seeing things a little differently. Viewing our weeds with the respect and life supporting nectar and pollen they produce, like that symbiosis we need to remember we are all part of that ecosystem and when we damage it we damage ourselves in the process.

Conservation work does work and if we work together, we can make a difference, little things like leaving a nettle patch grow, it needs to be in full sun though our butterflies won’t lay on them if they are in shade. Look at dandelions a little differently – they are actually very pretty and flowering en masse, are a sight to behold.

I want my children and grandchildren to live in a life-supporting environment, don’t you?

Bumblebee Flower Farm, in the category ‘Land’, has won a coveted award at this year’s Euro-Toques Food Awards 2019 for its sustainably produced edible flowers, grown in respect of biodiversity.

Euro-Toques passionately supports and recognises growers who are doing it right, encompassing a holistic approach to healthy food production, land management and care of the environment as well as allowing chefs to avail of fresh seasonal produce.

Thu Jun 6 , 2019
Bord Iascaigh Mhara (BIM), Ireland’s seafood development agency, is returning to Bloom this weekend with a marine garden that highlights the need to protect our marine environment against plastic waste. The concept garden, supported by the European Maritime and Fisheries Fund, resembles a giant rockpool and has a fishing net […] 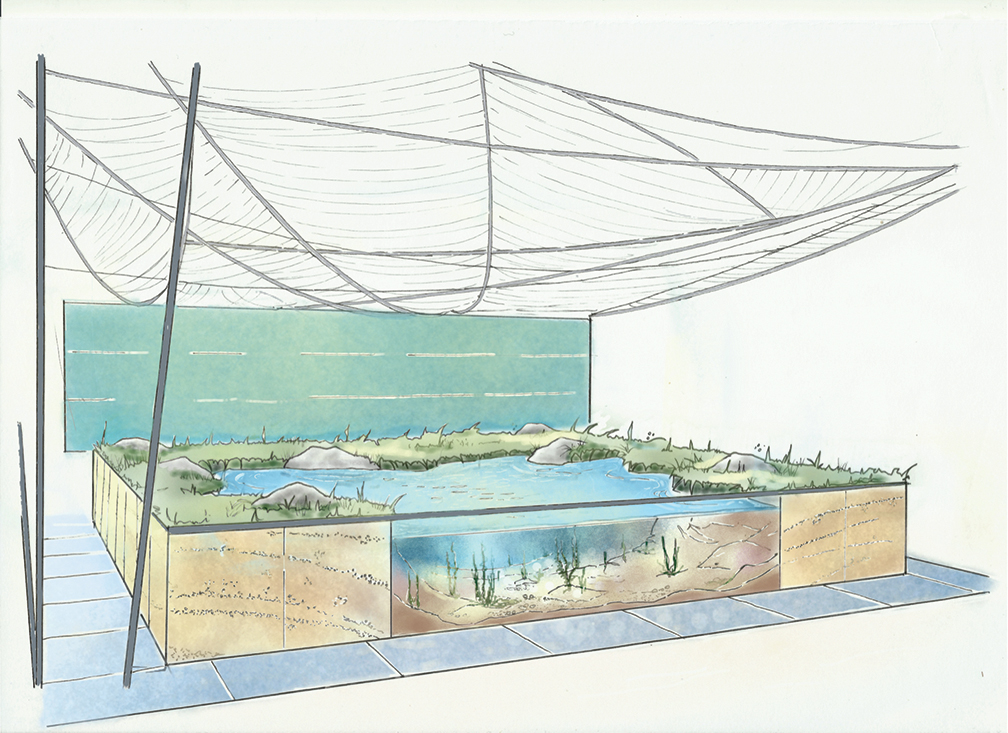