Irish Bumblebee populations recorded in 2017 are the lowest they’ve been since monitoring began in 2012.

The All-Ireland Bumblebee Monitoring Scheme, coordinated by Dr Tomás Murray, Senior Ecologist at the National Biodiversity Data Centre, has revealed marked losses in our native bumblebee species. The bumblebee populations recorded in 2017 were the lowest they’ve been since monitoring began in 2012. Consequently, the current overall trend from 2012-2017 is a year-on-year decline of 3.7 per cent, leading a total loss of 14.2 per cent from 2012-2017.

In Ireland, we have 21 species of Bumblebee. These insects are vital pollinators of our crops and wild plants. Findings released in May are based on the past six years of monitoring our eight most common Bumblebee species as sufficient information has already been gathered on these to accurately assess changes. The current monitoring scheme stretches across over 100 sites across the island of Ireland and as this expands and the monitoring scheme matures more species will be included in the analyses.

Based on a 2006 Red List of Ireland’s Bees, we already knew that six of our rarer 21 bumblebee species are threatened with extinction from this island. These include the charismatic Great Yellow Bumblebee now confined to the north west and the Shrill Carder bee, with its distinctive buzz, now only found in isolated populations in the west of Ireland. Indeed, of our 98 wild bee species (which includes 77 solitary bees), one third are threatened with extinction. For the first time, these new findings from Dr Murray’s All-Ireland Bumblebee Monitoring Scheme provide an early warning signal on how our more common species are faring.

The Large carder bee (Bombus muscorum) is threatened across Europe and, despite Ireland having relatively widespread populations of this species, a 23% decline in the numbers seen has been onbserved since 2012.

Dr Murray warns, “Given the variability around our estimate, we have to be cautious about not crying wolf, but it is telling that we are detecting moderate declines in widespread species after only six years. When we drill down into the data and isolate the eight species where we have enough information to accurately estimate how their populations have changed, one is increasing, two are decreasing and five are too variable to assign a trend.

“It is only thanks to the generosity of 80 citizen scientist volunteers across over 100 sites who take part in the All-Ireland Bumblebee Monitoring Scheme that we are able to detect these declines. Volunteers walk a fixed route 1-2km walk once a month from March-October and count the number and type of each bumblebee they observe using a standardised methodology.”

Dr Murray is very aware of how this research is supported by volunteers: “When the numbers are compiled at the end of the season it’s humbling to see how much effort everyone is willing to give to support bumblebee monitoring and conservation. In 2017, we collectively walked 883.2km over 490 hours, and counted 12,969 bumblebees across 14 species, making this one of the first national citizen science schemes in the world that tracks changes in wild pollinator populations.

“Given that we’re seeing six-fold differences in the number of bumblebees across sites means we now have excellent information on what makes a ‘good’ or ‘bad’ bumblebee area. For anyone wishing to make their garden, public spaces or farm the best they can be for bees, all that information is contained within the All-Ireland Pollinator Plan.”

To address declines in pollinating insects, and to try to create an Ireland where pollinators can survive and thrive, the All-Ireland Pollinator Plan was launched in 2015. Its implementation is coordinated by the National Biodiversity Data Centre. The Plan has 81 actions is supported by more than 80 organisations. It is a shared plan of action that requires all of us, from farmers to councils, local communities, businesses, schools, gardens and transport authorities to help. Already the Plan is successfully encouraging the provision of food, shelter and safely for pollinators back in our landscape, but much more still needs to be done. Visit the website to find out what evidence-based actions you can take to help: www.pollinators.ie.

Thu Jun 6 , 2019
Blue House Gallery opens its doors during June to an intense month of exhibitions comprising photography, painting, printmaking, ceramics and collage. With Artists Spaces, photographers Geoff Greenham and Melanie Black have toured the studios of resident artists, taking inspiration from the environments these artists have devised to make possible the […] 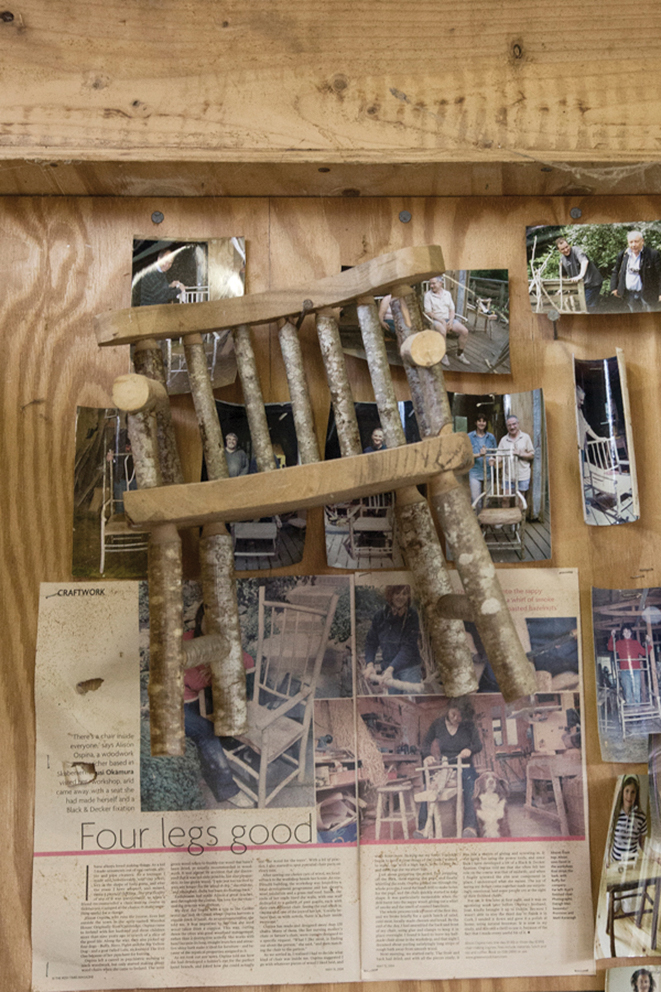