Photo above : Bantry Credit Union directors, management and staff as well as farmers, representatives of farming organisations, Teagasc advisors and politicians from the Bantry area who travelled to Killarney for the launch of Cultivate. (Photo: Valerie O’Sullivan)

Early milking was the order of the day on Wednesday March 20, as six Credit Unions in the Cork/Kerry region joined forces to launch a new agri loan product called Cultivate. The launch, which was held in The Gleneagle Hotel, Killarney, drew a large crowd who were drawn from a wide range of agri stakeholders including farmers, farming organisations, co-ops, agri suppliers and mart managers.

The Credit Unions involved are Ballincollig, Bantry and Kanturk in Cork and Cara (Tralee), Killarney and Listowel on the Kerry side. Together, they have over 135,000 members and €670 million in assets.

The new Credit Union farm lending offering is branded under the name ‘Cultivate” and was officially launched by the National Chairman of the IFA Farm Business Committee, Martin Stapleton. The MC for the night was Kerry football legend Pat Spillane, who was there in his official capacity as Rural Ambassador. Darragh McCullough from RTE’s ‘Ear to the Ground’ was also a guest speaker.

Cultivate began in 2017 with four Galway Credit Unions coming together to develop a flexible farm loan product that suited their farmer-members. Its success was immediate, and led to other clusters of Credit Unions coming together to set up their own Cultivate groups. It is now available in 26 Credit Unions, which collectively cover over a quarter of the country. The intention is to develop Cultivate into a national brand that will provide a real alternative to banks in the provision of farm finance.

Opening the evening, Pat Spillane spoke passionately about the importance of Credit Unions in rural Ireland. He recalled how particularly in the tough years Credit Unions stood by their members while other financial institutions were in freefall.

On behalf of the IFA, the keynote speaker Martin Stapleton gave a wholehearted endorsement of Cultivate. “We are delighted to be associated with Credit Unions and Cultivate and welcome competition to the farm finance market, allowing our members to benefit from accessible and competitive credit.”

Also speaking on the night was Brendan Heneghan, former Regional Manager with Teagasc and project manager of the Cultivate brand. He explained “The six Credit Unions have been working hard on this project for the past six months. They have completed a detailed business case, stakeholder meetings, market research and a bespoke training course on Farm Finance organised by Teagasc in association with Pallaskenry Agricultural College.”

The Cultivate farm loan package offers loans up to €50,000 for any farm-related purpose. At 6.55 per cent (6.75pc APR), the loan interest rate is highly competitive. The term of the loan can be up to seven years, depending on the purpose. Loan protection insurance is also provided on the loan at no additional charge. This offers great peace of mind, especially for people running family farms.

Nearly €20 million has been issued in loans to farmers in less than two years under the Cultivate brand. These loans are for a wide variety of purposes – farm machinery purchase, farm development works, livestock purchase, working capital and cash flow.

Bantry Credit Union Manager Finbarr O’Shea represented the six Credit Unions in a panel discussion with the other invited guests. He said that the recurring themes throughout the night – the importance of community; the self-help traditions of the Meitheal; rural Ireland standing together; the importance of collaboration and co-operation – these go to the heart of what makes Credit Unions different from other financial institutions. “In these days of increasing digitalisation and depersonalisation, it’s important to remember what makes the Credit Union different and that’s the personal touch we provide. For us it’s all about people – our people.” 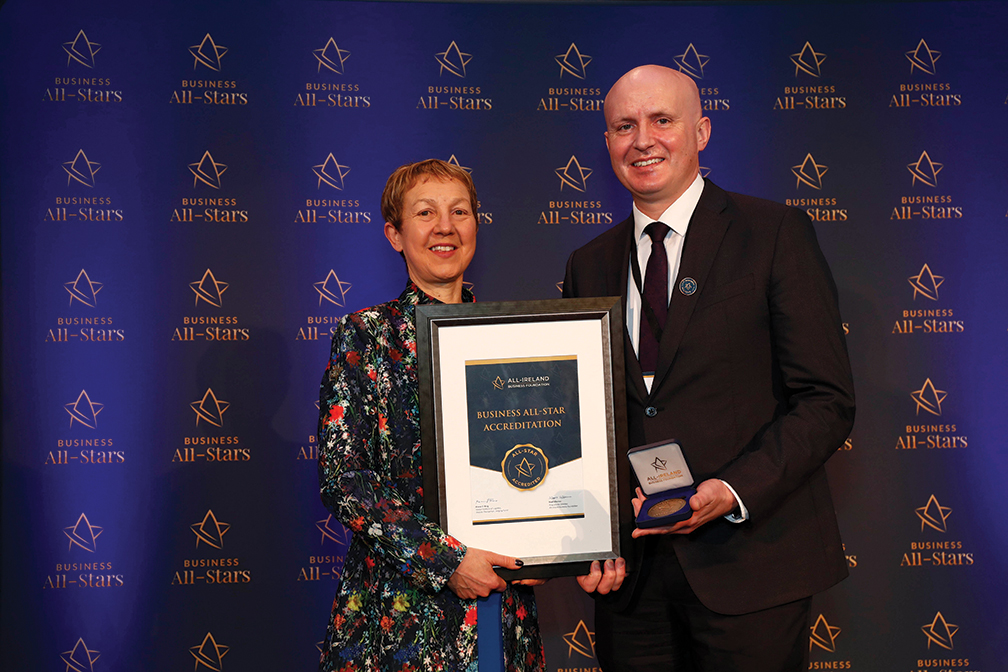