Five years ago Stephanie Tenier began her creative journey with Feltastik. Armed with a vivid imagination, a good business sense and a little bit of fairy magic, the felt fairymaker has created an enchanting interactive product range to appeal to all. Stephanie launches her ‘My Wool Fairy’ craft activity kit in April and already has lots of pre-orders from shops in Ireland and Europe through Showcase Ireland.

“Im very excited,” says Stephanie “I want to see all my kits all across Ireland…I want to be on the Toy Show!”’

Originally from Brittany in France, Stephanie dropped her anchor in Ireland almost 21 years ago. ‘I followed the fairies,” she says laughing.

Twenty-one years ago however fairies were far from Stephanie’s mind when she was working in the corporate world in Cork City. “It was the Celtic Tiger in Ireland and there were jobs galore,” she says. “There were a lot of multinationals so my French came in handy and I built up a good corporate background.”

When Stephanie was made redundant from her job as a buyer with a big multinational, she and her partner decided to move to Bantry, his homeplace. “We had a daughter, so it felt like the right move,” says Stephanie. “We wanted her to go to school in the country.”

Unsure of what her next career move was going to be, Stephanie decided it was time to utilise all the skills she had gained throughout her career and set up her own business. “I had worked in management and logistics so I did have a lot of skills but being self-employed is a different story. I found it very daunting.”

With the opportunity to take some time off from her career, Stephanie completed a six-month VEC Start Your Own Business course. “I knew I wanted to tap into my creative side and do something in the arts and marry that with my set of business skills but I just wasn’t sure of what medium to use,” she explains.

When Stephanie discovered felting she says it was love at first sight.

After completing the six-month course, she came up with the idea for Feltastik. “I knew it was going to be a hard path and I had a very naïve approach to it but I did an intensive business course with my Local Enterprise Office, which really helped me,” she explains. “The course helped me to come up with products and pricing and gave me more of an idea of what I wanted to do and how I could make it happen.” Stephanie is still doing courses with LEO and Enterprise Ireland.

“It can be difficult to ask for help but I think the LEO course really gave me the confidence I needed to move forward, it was one of the best things I ever did.

“I don’t want to be selling a few things here and there…I want to make a living and a success out of this business,” says Stephanie passionately.

Stephanie went on the Back to Work Allowance Scheme. “This was a great launch pad to get my business off the ground,” she explains. “The first shop that I sold from was West Cork Crafts in Skibbereen. It’s a co-operative so it was a good way to ease my way into retail. From there Stephanie started selling online and at local markets. Although she did not intend on becoming a fairymaker, it seems the fairies had other plans for her. “After bringing a few fairies on a Christmas fair outing, they simply refused to get back into the box,” she says laughing.

“We have a huge culture of fairies in Brittany, we call them Corrigans; so I do love fairies,” says Stephanie.

They are however very time-consuming to make so Stephanie needed a business model that would allow for growth. “That’s why I decided to make the kits,” she explains. “I had the fairies with me last year at Showcase and got lots of orders but it meant that I spent the entire year in production. I think making hundreds of fairies would eventually kill the love.”

And so Stephanie created the fairy making kits.

“I knew there was a huge market for DIY craft making kits for adults and kids and I also knew that sustainably I couldn’t keep growing as I was,” she explains.

Stephanie was approved for a Priming Grant from her Local Enterprise Office. This is a business start-up grant to help fund the cost of starting a small business.

“This allowed me to develop the product,” she says.

Feltastik’s ‘My Wool Fairy’ kit is suitable for ages eight up to 100 and retails at €34.95. Almost completely zero waste (the packaging transforms into a fairy house), it comes with a video tutorial. All you need at home is a pair of scissors and some craft glue.

Stephanie plans on launching wet felting kits for children and adults in the summer and there are other products in the works too.

“Time has been my biggest challenge,” she admits. “I want to be at the end of the process already. I have to remind myself that it’s a marathon, not a race, as I don’t want to make costly mistakes.

“The biggest tip I can give anyone starting out in business is if you lack confidence just pretend.”

“Fake it until you make it!” she says laughing.

Mon Mar 4 , 2019
Former CEO of the Ludgate Hub in Skibbereen, Gráinne Dwyer, 29, partnered with her cousin and friend Fiona Dwyer in 2017 to start their own video production company, Stori Creative. Grainne talks to West Cork People about the highlights and challenges of running a business, lessons learned, and future ambitions […] 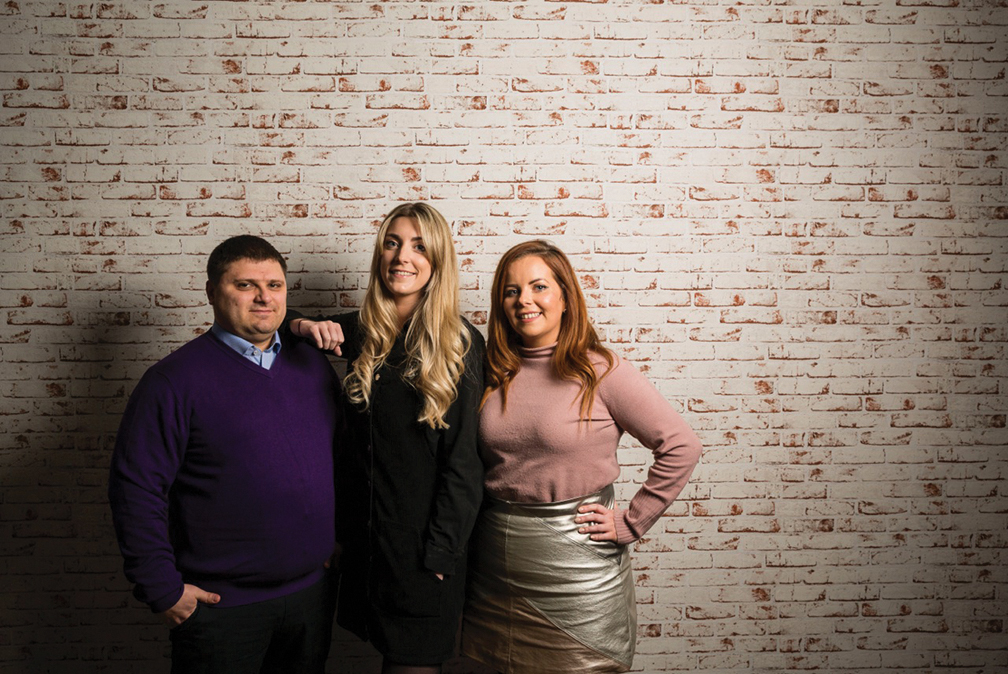