Senior Research Officer at Teagasc based at Moorepark in Fermoy, Dr Laura Boyle, was recently awarded the prestigious 2019 British Society of Animal Science (BSAS) and Royal Society for the Prevention of Cruelty to Animals (RSPCA) award for Innovative Development in Animal Welfare.

Dr Boyle received the award in recognition of her long-standing research into the welfare of dairy cattle and pigs and her contribution to developing carcass lesions as indicators of pig welfare.

A passionate researcher and advocate for livestock welfare for almost 25 years, Dr Laura Boyle chats to Mary O’Brien about how she got started, her research into animal welfare and the huge challenges facing the pig industry in Ireland.

It was in her final college year studying Ag Science in UCD that Laura Boyle realised what she really wanted to do was work in animal behaviour and welfare.

“I remember going to the Teagasc beef research farm in Grange, Co Meath and seeing this guy sitting in what looked like an umpire chair observing the behaviour of the cattle below him (he was an Australian student doing his PhD on beef cattle welfare – Dr. Andrew Fisher). I thought wow imagine getting paid to sit and watch the behaviour of animals all day long!”

Animal Behaviour and Welfare research was in its infancy in those days, particularly in Ireland, so on the advice of Dr. Fisher, Laura and a fellow student, who also went on to become an animal welfare scientist, wrote to a number of universities and research institutes around Europe that were working in this area. The women ended up in France in 1994 and got the opportunity to work with two famous ethologists, studying pig and bovine behaviour at INRA.

On her return to Ireland Laura completed a Masters and then a PhD in pig welfare with Teagasc and UCD.

Pigs are highly social and intelligent animals. In Ireland the majority are reared indoors in large herds under closely stocked conditions. Recently EU legislation has driven animal welfare improvements, however low profit margins and relatively little enforcement means that change in the European pig industry has been slow.

“When I did my PhD in Moorepark it was on sows that were housed individually in gestation stalls throughout their pregnancy” says Laura. In 2013, the EU banned this housing system because of evidence that sow welfare was poor because they could not move.

“This change brought with it a different set of welfare problems, as when you mix sows in a commercial setting, they are very aggressive towards one another as they try to work out the ‘pecking order’. Fighting on concrete, slatted flooring is really harsh on the hooves and causes lameness. We have to be very careful with change…It’s never simple when it comes to animal welfare!” While pig farmers were initially sceptical about moving to group housing, Laura says that most now claim they would never go back to sow stalls.

Currently tail docking is topical. Routine tail-docking of pigs is prohibited in the EU for many years but Laura’s research showed that 99 per cent of Irish pigs are docked. This is similar to several other EU countries. However, last year the EU Commission renewed efforts to enforce this legislation and they require that pig farms must carry out a risk assessment on tail biting on their farms for 2019.

Farmers however have expressed fears that a blanket ban on tail-docking will have serious consequences for an industry already under pressure.

“The ban on tail docking is a hugely controversial issue” says Laura. “Docking actually reduces the risk of tail biting but it does not address the other c. 80 risk factors for tail biting related to housing and management. Significant improvements are required in these areas if farmers are to be able to successfully rear pigs with long curly tails”. Laura points out that society is starting to question if it is ethically right to remove a part of an animal’s body to allow us to farm it in a particular way.

“From the farmer’s point of view, they’re in a bind because very low profit margins on pigmeat and recent difficulties in borrowing money make progress in making improvements to housing and facilities slow” explains Laura. “On top of that the pig sector is a volatile industry with cyclical crashes and never any booms. Farmers have to achieve scale to make a decent income. There are other important challenges coming at pig producers such as the need to reduce antibiotic usage because of the threat of antimicrobial resistance.”

In spite of thousands of years of domestication the natural behaviour of pigs is still similar to that of their wild ancestors and they spent most of their waking hours exploring. “In intensive production systems this behaviour is directed towards their penmates and it often becomes damaging and can even break into cannibalism with tails getting the brunt of it” explains Laura. “There is very little to explore in a pen with four concrete walls and a concrete floor, which is why the EU requires that pigs are provided with environmental enrichment”.

“There isn’t much of a carrot for pig farmers in this one – they’ll have to reduce their stocking density, provide pigs with more enrichment, more things to do, give them much more space and all that comes at a cost.

Much of the research work Laura has been doing in recent years involves trying to show that if we were to measure lesions on the pig’s carcass in the abattoir (which she says is very easy to do) and feed that information back to pig producers, it would allow them to benchmark themselves against one another and benchmark against their own performance over time. The information could also inform quality assurance schemes offering different levels of welfare.

“The Danes and the Dutch have labelling systems (e.g. a one, two and three star system) whereby the consumer is offered different products with different levels of welfare. This kind of thing could be built into a quality assurance scheme here,” she explains.

Laura is working closely with the Department of Agriculture to develop a new AMPM (anti-mortem post-mortem) inspection system for pigs. This automated system would routinely record information related to pig health and welfare in abattoirs. “There is so much information on a carcass that the farmer could use to inform his/her herd health and management plan,” explains Laura.

Laura is also working on a project researching lung lesions in pigs. Respiratory illness is a major welfare and health issue in pigs. It’s also a huge economic cost and increases the use of antibiotics. Laura’s research work will validate sensors to detect coughing at earlier stages on farms to enable producers to intervene at an earlier stage.

“We’re also interested in researching how chronic stress in pregnant sows impacts on their piglets ability to handle stress,” continues Laura. “In the Sow Wean Well project, we’re looking at what is it about one sow that makes her cope well with her environment in comparison to another sow and how that translates to her piglets. We put her in an optimal environment to minimise stress to see if it improve her piglets’ ability to fight disease when born.”

“If the sows have been extremely stressed during pregnancy, it affects the piglets in the womb and their ability to resist stress later in life, for example at weaning, is reduced as a result.”

“I would like the option of buying pigmeat products that come from a high welfare indoor system,” says Laura passionately. “There is some dispute that consumers would be willing to pay more for such products but I think there are others like me who would. Furthermore, such higher value systems could be an attractive option for smaller pig producers who would prefer not to have to increase their herd size to stay in business. Unfortunately there don’t seem to be many incentives for producers to diversify. For example Ireland has the lowest production of organic food products in the EU.”

Faced with climate change, health concerns about high levels of meat consumption and animal welfare concerns, it seems inevitable that we will have to find better ways of producing our meat.

“One option might be for farmers to produce less, higher quality meat and obviously be paid more for it. Consumers in turn will have to eat less of it. This could be a win-win situation, for farmers, animals, the environment and society in general, but it is not a very popular option!” says Laura.

Laura says she was honoured and humbled to receive the award for Innovative Development in Animal Welfare. “I hope to use the recognition it affords me to progress both the science and the cause of animal welfare in Ireland and abroad. In an era of increasingly polarised views about animal production I’m particularly keen to use my background in agriculture and animal welfare to bridge the gap between farmers and society.” 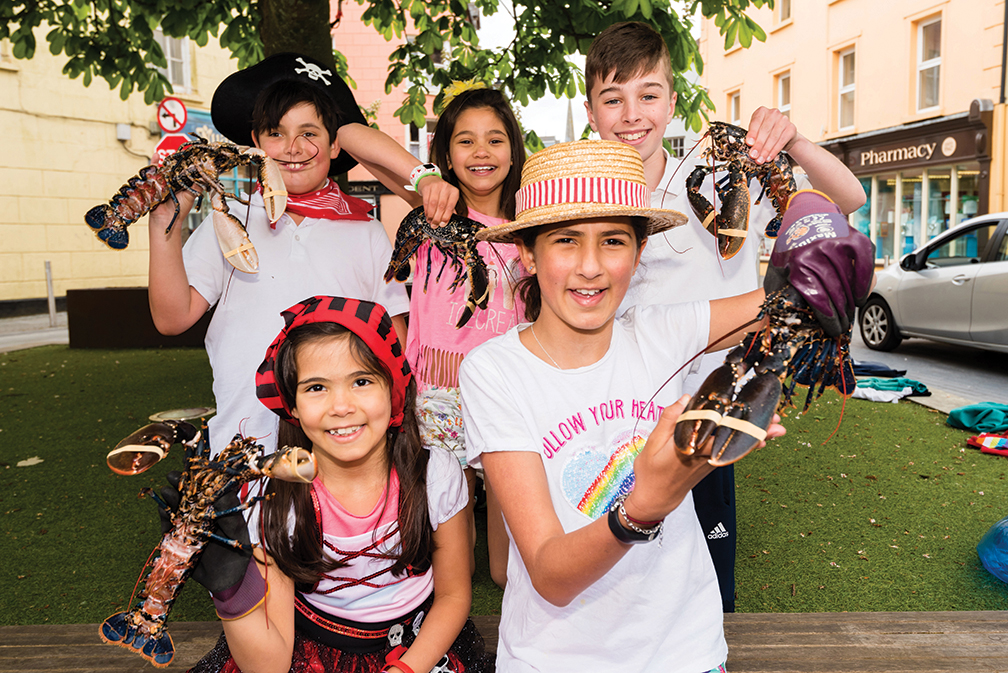