Many people were pleased to say goodbye to 2019 and, yes, it was a very hard year. 2020 is a turning point and you may already feel the winds of change blowing. There is good cause to have optimism and anticipate good things ahead. This year begins a new decade and is the cusp of a new era. The real change of direction comes next year in 2021 but we are preparing now so we are ready to make the big shift as it comes. There are several culmination points this year that indicate we are resetting and restructuring our global society and personal perspective ready for a new direction in our collective evolution. The details and events that reflect this ‘makeover’ are happening on a worldwide, political and social level whilst also impacting us in our personal lives. The macrocosm and the microcosm. We are each part of this consciousness shift and all it takes to be an external influence is to work on the details within the structure of our own thoughts and habits.

The theme this year is all about letting go of our limitations and hindrances and about taking responsibility and stepping up to our true potential. 2020 will be a year for clearing out the remnants of the past. We need to have the ground prepared and have made the choices about what we truly value and which dreams we will follow. The planets are telling us a story, or giving us a message about what happens next. It’s not guaranteed that this will be a year of ease and pleasure, there is hard work to be done and a serious and diligent approach is required. Last year’s pain or struggle persists only when we hold on to the familiar just for security and comfort or adhere to rigid doctrines for want of an open mind. The way forward is to adopt a willingness to grow and accept new ideas or possibilities. Humanity is about to ‘grow up’ and this can be a very exciting time to be alive. ‘Growing pains’ are to be expected.

The strong focus on Capricorn, the sign that is very in tune with reality and the responsibilities that come with adult life, indicates that a mature attitude is required. Pluto has been in Capricorn since 2008 and a lot of the systems and established order in the world has undergone significant restructuring during these years. Saturn, the planet of constraint and limitation, joined Pluto in Capricorn two years ago. This combined energy has been increasingly putting pressure on us to get rid of what has broken or is holding us back. The recent reality check has given us the push to take back the control and learn how to make life into something sustainable, to take responsibility and become the director of our own lives.

Astrologically this year’s trend started back in December with the New Moon and solar eclipse on December 26, which marked the beginning of the Lunar phase that brought us into January. The culmination of that lunar cycle is the Full Moon and Lunar eclipse of January 10. It brings things to a head. This eclipse is a time of closure and endings and also new doors opening. It may not be apparent at once, but ideas and potentials are spawned and these seeds will germinate and flourish over the coming months. The few days following this eclipse are very potent with an intense combination of planet activity setting the tone for this year.

Uranus moves out of its retrograde phase on January 11 to finally make some progress into Taurus where it will stay until 2026. We may get the shake up and radical reforms that Uranus insists on, and it may not be what we expect. Uranus can bring a previously unknown option to the table. In Taurus we are focused on the things that sustain us in the physical world, food, shelter, fuel and money are all important here. Taurus is about what we put a material value on and Uranus makes this radically change. Some people are considering a cashless society with synthetic food substitutes and robot workers. With the Uranian wild card influence we could also see a revolution that takes us away from those 21st century sci-fi type predictions and brings us closer to a harmonious balance with the natural world and our resources, which is something Taurus also works hard to achieve. Ultimately the theme here is about what we consider to be of value to us as a physical human being.

The big story this year is the Saturn Pluto conjunction in Capricorn on January 12 and, as it follows on from the previous two big events, it has even greater impact. It may have passed in a day but it has a far-reaching consequence. The combined essential qualities of these heavyweight planets are enough to shake the foundations and rock the world. This may take a literal form of earth movements and weather events. In global systems it may undermine questionable practices or reveal something that can’t be hidden once seen. On a personal level it becomes clear that things were not what they seemed. In some cases a situation, person or possession needs to be left behind or released. The issues raised provoke questions about the use of personal power, free will and the limitations we have accepted or denied.

The shifts in the power balance begin to show as we progress through the year. Saturn moves into Aquarius in late March for a short time before it returns to Capricorn to finish up the business there, before moving on again where it is joined in Aquarius by Jupiter for the ‘great conjunction’ on December 21. This marks the start of a new era and a culmination of the Saturn/Pluto in Capricorn phase. This shift into Aquarius puts the focus on the bigger picture and a collective responsibility. It takes us into a future orientated state of mind that wants to construct a system that includes the good of all, not just the few.

Jupiter and Saturn combine about every 20 years and they mark social patterns and changing trends, as each generation moves over for the next. The 2020 event is especially significant. It’s the first in the air sign Aquarius since 1405. For the last 178 years the great conjunction has been in earth signs, which has given us a social reliance on material resources and tangible ownership. This shift marks the beginning of an era where the exchange and implications of new ideas, beliefs and social reforms become prominent.

There are other significant planet movements through this year although major aspects are less frequent. The big planet Jupiter is taking the spotlight as the main act after the Saturn Pluto duo move off stage. Jupiter brings new horizons and a broader view. It expands and develops what it connects with and takes us to a better place. Jupiter represents the impulse to have a new and improved version of ourselves, or our life. For the whole year, until December 20, it will journey through Capricorn and although it’s not about fun or pleasure in this sign, Jupiter here helps us to find meaning in the mundane. We can get things done and make real progress in practical ways.

A Jupiter and Neptune connection brings support to our dreams or spiritual aspirations and this happens throughout the year with three exact ‘hits’ in February, July and October. So even in the midst of the realism and practical tasks of 2020 there is this uplifting energy that connects us to a ‘higher’ viewpoint offering a sense of compassion and unconditional love as a real option.

Jupiter also connects three times with Pluto, in April, June and November, spreading this influence throughout the year. Jupiter seeks to understand or increase its scope, and Pluto’s message is about our hidden depths and what we have denied, misused or failed to release. Pluto purges the debris of old ways and insists that we move beyond the small version of ourselves. The greatest expression of these combined planets would be to discard of our “shadow” or “false” self so we can step into our true power as spiritual beings. The lesser expression is a grab for personal power by attempting to take control of other people, situations, resources or even society as a whole. We are likely to see examples of both scenarios during this year. It’s a personal choice as to which we adopt for ourselves. Pluto has a compelling movement towards the greater good of all, which means that holding power over others eventually destroys the one who tried to take that power for personal gain, as described in all the best stories!

Mars is another player in the 2020 clean up. It starts the year in the sign of Scorpio and travels rapidly through the next four signs; then in early July it enters Aries, its sign of rulership. Now moving much more slowly it finally stops and turns retrograde in early September. A Mars retrograde is a rare event happening only once every two years. It will be early January 2021 before it moves into the next sign Taurus. This is an exceptionally long time for Mars to be in one sign. Mars makes several aspects to the Sun during this retrograde phase and comes closer to the earth than usual. We can see this as representing a battle of wills or a conflict of interests between an individual and their outer circumstances.

During this retrograde, Mars also makes a challenging square aspect to all three of the big players in the 2020 story, Jupiter, Saturn and Pluto and so this brings the bigger picture issues into the personal realm. There can be a heightened focus on confronting either the self and inner issues or confronting others and perceived threats. As with any retrograde it brings about unusual circumstances, so we have to go about the usual business of this planet in a different way. We cannot continue to operate as normal. This forces us to make changes in our daily habits or expectations and we may not be comfortable with this. We could find that it’s harder to assert our will or that we are required to direct our desire in a new direction. We may have to find an alternative route to get to our goal.

The main advice is to choose your battles wisely, concede to those with a higher moral ground and don’t engage in below the belt fighting. Use the retrograde for your own benefit to go back over details and address any flaws in your argument or strategy. Look for a win-win situation so there are no losers this time. And above all take the time to consider if what you thought was worth your efforts is still really true for you before you press ahead again in the new year. In our current time of such fundamental change and rapid social adjustment personal goals and values may need to be upgraded to fit with the new epoch we are entering.

For more about the year ahead please visit my website at www.katearbon.com.

The success of the Nissan Qashqai

Mon Jan 20 , 2020
Most Irish people don’t have any fond memories of former British Prime Minister Margaret Thatcher. Maggie will always be remembered for her ‘Out, Out, Out’ remarks 36 years ago when, after an Anglo-Irish summit, she reiterated that Northern Ireland was part of the UK. However, Mrs Thatcher did us all […] 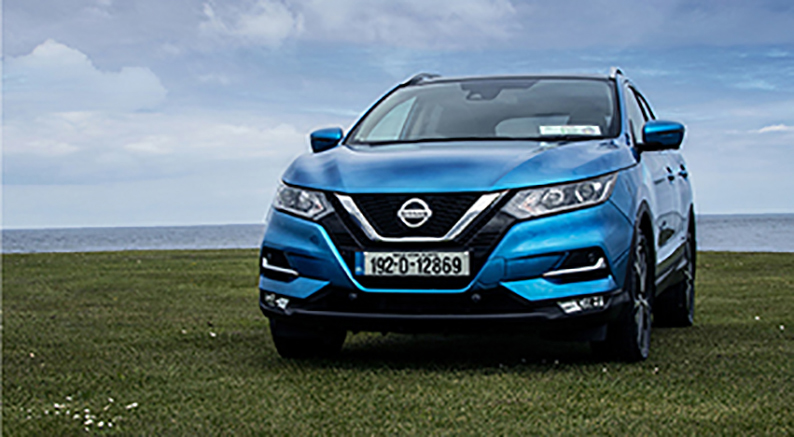