The 10th year of the Clonakilty Waterfront Marathon could not have gone off any better regardless of the early morning rain reports Bob Hilliard and the Clon Crew.

Following the traditional minute of silence and blessing by Monsignor Aidan O’Driscoll, close on 2,500 runners, walkers and wheelchair participants raced down through the town of Clonakilty, out along the bay, around Inchydoney island towards Rathbarry, down on to Red Strand, up into Ardfield village and over to Dunmore where Carol and her wonderful hotel crew always kindly supports the weary runners and the Clon Crew marshalls with endless well wishes, teas, coffees and refreshments to encourage and inspire everyone through the last six miles home to the Clonakilty Park Hotel finish line.

Again this year everyone who took part were overwhelmed by the generosity of Clonakilty Park Hotel’s free access to showers and facilities post race; Meadbh O’Leary and her crew’s free massages and rub-downs and the ever-brilliant Colette Twomey’s Clonakilty black pudding and sausages, which have been provided for 10 years without fail.

Local businessman Tossy Hayes again kindly provided the safely barriers and toilets and Carbery Plastics, Kilty Furniture and Joinery along with the Showgrounds provided free parking around the race start /finish, making it as easy as possible for all those people travelling for the first time to West Cork.

This year the marathon had record numbers looking to take part, leaving over 530 disappointed enthusiasts on waiting lists due to limited number of technical tops and medals.

Twenty-two people travelled from Sweden in support of mother and daughter, Malin and Cystic Fibrosis sufferer Filippa Muskala of Team Breathe, with a bigger crew planned for next year. Boston and the USA were, as always, well-represented, along with Denmark, Poland, France, Germany, Finland, Spain, Holland, Wales, Scotland, England, Norway, Portugal and the Canary Islands amongst the countries represented, with an even bigger number that ever of Irish North and South club runners lining up. This year, lots of friends formed teams to run for charities and many family members ran together again this year, as their annual end-of-year commitment to family fitness awareness.

Inclusion was the order of the day with local racing legend Blarney man Jerry Forde pushing his wheelchair over the hills of West Cork to complete his 10th Clon Marathon, adding to his already 458 marathons. Team Hoyt were well-represented with both Clon Team Hoyt running chairs on the roads with local team Dave White and young Raya Murphy, alongside Dublin-based father and son Colm and Owen Sheridan.

Current Irish female record marathon holder Catherina McKieran was recognised for her lifetime of running achievements on this year’s medal. She kindly came again to Clonakilty to give free talks, advice, and workshops on injury free Chi Running. She again led the field, winning the 10K for the second year in a row, this year on her 50th Birthday. Pamala Marshall and her newly formed Clon Crew Choir led the singing of Happy Birthday along with 2,500 race participants pre-race start.

Superintendent Finbarr O’Regan led his crew of Garda to provide endless support, advice and traffic management, along with the ever-loyal local Clon Crew and family and friends, who marshal year-in year-out regardless of weather. They give their time freely and with pride to showcase Clonakilty and West Cork.

The Red Cross led by local man and upcoming town Mayor Padraig O’Reilly and his crew provided medical support with Dr. Fiona O Reilly on standby on the finish line throughout the day. Retired town council foreman John O’Reilly led the runners out for the 19th time, including the 2013 to 2015 B2B marathons race series and the Courtmacsherry 2013 to 2015 Ultra marathon race series.

To take the time to acknowledge and thank everyone that has made this race possible throughout the past decade would take a book at minimum; this indeed is a work-in-progress progress. We have made wonderful lifelong friends, too many to mention, but we believe every picture tells a thousand words.

A week before she passed on October 22, 2016, our mother and original Clon Crew member, Phil Hilliard, said, “Never give up organising The Clonakilty Waterfront Marathon, regardless of the obstacles thrown in front of you. The smiles and the elation on everyone’s face crossing the finish line and the joy in their eyes knowing they stayed the course regardless, allows you a brief moment to see into their souls – no reward could be greater received than a big hug and welcome home to those having their well-earned medal placed around their necks.”

We thank everyone involved in making this such a unique and special family-like affair, indeed a race like no other, where family, friends and a town opens their hearts and their arms to welcome everyone home to West Cork. Long may it last!

The return of the solid and stylish Toyota Camry

Tue Jan 21 , 2020
Toyota made a lot of Irish motorists happy last year when they brought back their popular Camry after a 15-year absence. The Camry has been re-introduced in Ireland and across Western Europe, to maintain Toyota’s presence in the saloon segment. Fifteen years is a long time off the road and […] 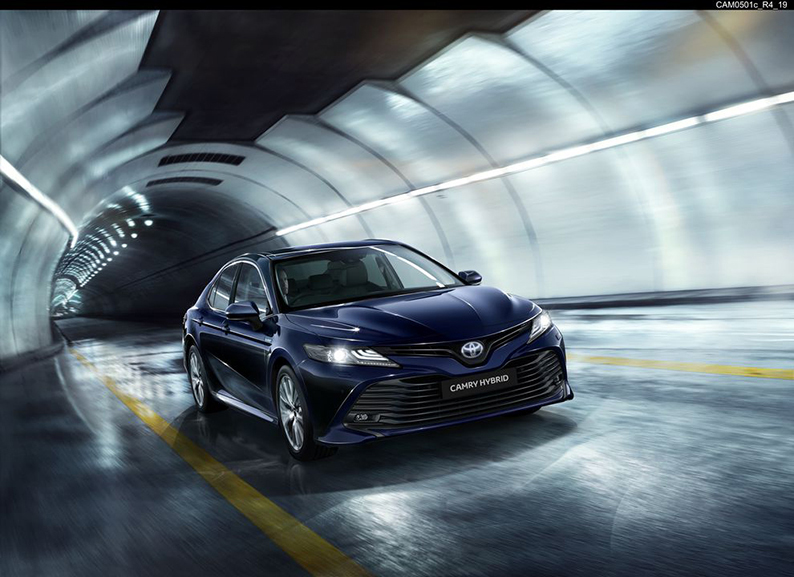