After a short illness, Tony Eklof passed away peacefully in the presence of his loving family at the Bon Secours Hospital in Cork on May 20.

A lover of history (Napolean Bonaparte was his hero), Renaissance art (he loved searching out the obscure), music (he played music of all types from morning till night), wine (which he never recommended without trying first), books (reading was a huge part of his life) and of course Italy (28 trips and he was still counting); Tony was probably best known in West Cork for his wine column in West Cork People, where his sense of humour, as well as the aforementioned topics, more often than not, was shared in his column.

“’Good Grief’ as my father used to say” was how Tony described his reaction to his cancer diagnosis in an email to me last January. This lightheartedness carried through with him right until the end. It’s what his beloved grandchildren remember most about him – “Grandpa’s jokes”.

“Keep looking on the funny side,” Tony told the love of his life, his wife Clare, on the day he finally couldn’t make the walk downstairs.

A quiet and modest man, Tony loved life and his family with a fierce passion. He often shared photographs of his beautiful grandchildren and their milestones with me when sending in his column each month. We had twins in common, my daughters and his grandchildren! He always spoke very proudly of his two sons. Cormac lives in Seattle with his wife Vanessa and son Bobby. Gareth lives in Inchigeela with his wife Joanne and children Rory, Ailish, Billy and Hanna.

Originally from Massachusetts, Tony grew up in Cape Cod. His wife Clare was his soulmate. A true romantic, Tony followed her back to Ireland from the US after a whirlwind romance in the summer of 71. Clare was on a J1 visa working at a posh restaurant where Tony was parking cars. That was 48 years ago this summer.

Clare’s father gave his permission for the couple to get married with the stipulation that Tony finished his studies.

After the couple married, they returned to Connecticut so Tony could finish his History and English studies. He went on to do a Masters in History. While in the US, their first son Cormac was born.

In 1976, the family moved to Ireland with Tony’s intention being to find a job teaching history. A short time later, their second son Gareth was born.

Tony was offered a job in the history section of the library in UCD. He subsequently enrolled in the postgraduate Diploma in Library and Information Studies at UCD and later completed a Masters in this discipline.

Another great love of Tony’s was sports, both watching and playing. This was a love he passed on to and shared with both of his sons, playing with them and taking them to many matches when they were younger.

Clare’s father got both Tony and Gareth interested in horseracing and there were many great days out together in Leopardstown, Punchestown, and the old track in the Phoenix Park. “Dad had nicknames for a lot of grandad’s friends and the other characters we used to meet at the races,” recalls Gareth “and if I ever went racing without him he’d ask me later ‘Was ‘If you like’ there and ‘No bet’ and ‘Paddy with the hat’ and ‘Paddy without the hat’ and what about Elvis?’”.

Tony loved watching matches with his grandson Rory, who has inherited his love of sports.

He gained so much enjoyment from his grandchildren, who regularly stayed on sleepovers with their grandparents. Each time they left Hanna on a sleepover, his catchphrase was always “Grandma, they forgot Hanna!”

Tony’s 36-year library career in UCD came to a close in 2012 on his retirement. Tony and Clare decided to make the move from Dublin to West Cork to be closer to their son Gareth and family. After a brief sojourn in Glandore, they bought a house and settled in Clonakilty, where they felt blessed to be surrounded by good neighbours, many of who became good friends.

Many in Clonakilty will remember Tony on his bike, cycling around town, popping into Scally’s SuperValu once, sometimes twice, a day. He also spent a lot of time on Inchydoney beach walking their dog Ruby.

We in West Cork People were lucky enough that a conversation about retirement with a local bookshop owner sent Tony our way. We had an opening for a wine columnist, which Tony enthusiastically enquired about filling.

Although an intellectual, he wore his knowledge lightly and hated snobbery (except perhaps when it came to wine!) He loved writing his column, making many good friends through it, and he diligently collected each and every article in a scrapbook over the years. Devoted readers of his monthly writings included family and friends in the US.

In the six years he wrote for West Cork People, Tony Eklof became an important part of our community paper, educating us not only on fine wines, art and history but also on how to enjoy life to the full.

Tony, we raise a glass to you…to your good humour, quiet courage and goodness. You are missed.

The Victorian art of bloodletting

Fri Jul 5 , 2019
Even though the Victorian era is little over 100 years ago, reading about anything from that time you would be forgiven for thinking it was more than 1000 years ago; with regard essentially everything, but particularly medical advancement. The time itself is classified as 1837-1901. Heroin and Cocaine were the […] 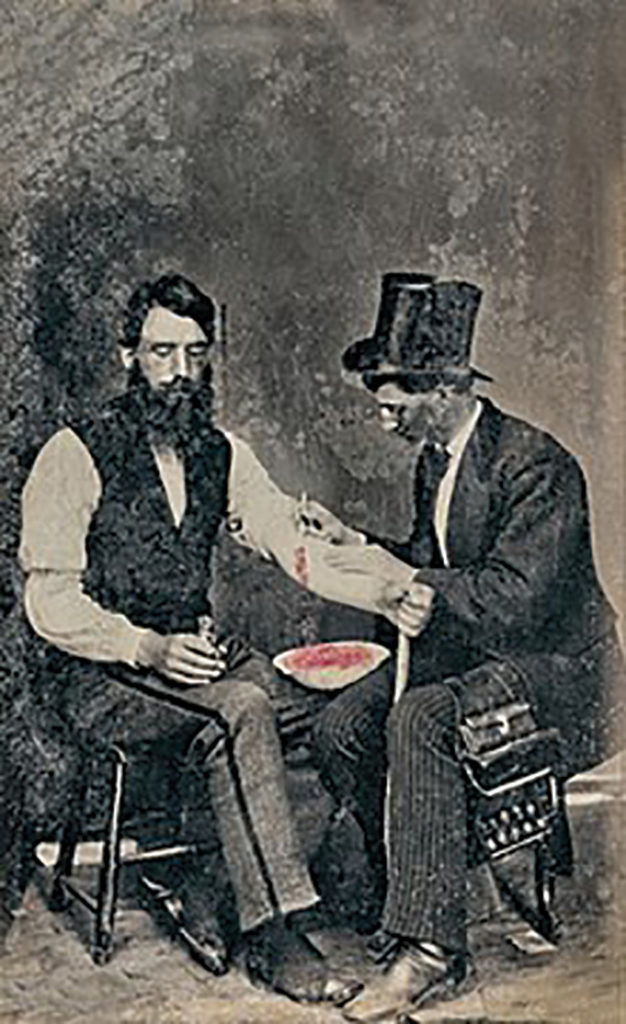