“Do onto others as you would wish them to do to you.” More about these words later.

On a crisply cold and sunny afternoon, Brendan McCormack takes a short trip up to Fernhill House Hotel to meet with Michael O’Neill Jr, Mayor of Clonakilty, to talk about the language of ferns, a world of history, and a snail in a bottle of ginger ale.

As you look out over the land beyond and below, you are standing on the grounds of over 200 years of rich history surrounded by the homelands of Michael Collins, O Donovan Rossa and the ancestors of John F. Kennedy. It is no wonder that the Georgian splendour of Fernhill House is now part of the prestigious group, Historic Hotels of Europe.

Moving from portrait to portrait on the walls, Michael talks about the history of the house. Inside the library, now a stunning meeting room, the atmosphere is coloured with all the lives that have gone before.

“The Atkins lived here in the early 1800s. You can still see the original wall in reception that would have faced out over the land. Robert Travers Atkins went on to become the founding father of social justice in Australia and his son, Lord Atkins, ruled on one of modern laws’ defining cases.”

A small tip. A quick way to gain access to all this history is to enjoy a Vintage Afternoon Tea at Fernhill. The menu is replete with historical information and if Michael is around, one question is all it might take to bring forth his passion for the history of Fernhill. Another way is to slowly move around the reception area where the walls are full of history. In the background, Michael’s mother Teresa is decorating their glorious Christmas tree, their preparations for the season well in hand.

“That legal case was known as ‘The snail in the bottle of ginger ale’. A Scottish woman took a case after falling ill because of the snail.” Michael says. “Negligence had never been shown in this way in any court anywhere. Lord Atkin ruled and in summary, he declared that the maxim ‘Do onto others as you would wish them to do to you’ would be the basis of his ruling and so the duty of care that arises in the tort of negligence was born.”

There are portraits of the Hungerford sisters, a family who once owned thousands of acres in West Cork. Mary, who was engaged to Napolean’s grandnephew, and Margaret, a novelist, who coined the phrase ‘Beauty is in the eye of the beholder’. One of her novels was mentioned by Molly Bloom in Joyce’s modernist classic, Ulysses. As one history ended, another more modern one was begun.

“Our great grandfather, MJ O’Neill, bought this house in the 1940s and it was my grandparent’s,  Con and Mary, who opened it as a hotel in the 1960s,” Michael says. Both O’Neills served as Mayors of Clonakilty, a post that was first created back in 1605. “Being Mayor is incredibly important to me. It’s a great way of giving back to the community and I am incredibly proud to represent Clonakilty and it’ people.”

But Michael is not just a student of Fernhill’s past, but also a thinker about the future and where the world is going. His passion for the environment and Clonakilty has led him to work as part of Sustainable Clonakilty and the European EDEN project, which was focused on promoting sustainable tourism development models across the EU. His thinking is woven into the environment.

“The fern, from which the Hotel takes its name, was known in Irish tradition as a symbol of secret bonds, sincerity, marriage and love,” Michael says. “Our environment is really a reflection of who we are.”

Fernhill has been working with the renowned Irish gardener, Mary Reynolds, the youngest winner of a gold medal at the Chelsea Flower Show. Growing up in Wexford, Mary’s philosophy is best summed up in her own words.

Fernhill’s garden is now a place to experience for it is a living embodiment of sustainability. There are stands of young trees, a stone circle, bridges to cross, places for vows to be exchanged. It is a garden made to nourish itself and us too.

Do onto nature as you wish it to do to you might be the maxim here.

There is a sense that something new is coming together here in a deeply Irish way. This marriage of so many elements is perhaps why so many choose Fernhill to celebrate their own marriages. What better backdrop could you find?

This young Mayor of Clonakilty’s appointment with the future is clearly marked. There will be more history made here and more portraits added to these walls in the years to come. Many more will come to see the gardens, now a vital part of the West Cork Garden Trail and see for themselves how it all comes together at Fernhill.

In the meantime, in that space between lunch and evening dinner, treat yourself to a vintage afternoon tea and experience it all for yourself. Even better, treat someone special to a Fernhill House Hotel Voucher.

And if you see Michael, be sure to ask a question or two.

Christmas on the wards

Tue Dec 10 , 2019
With Christmas approaching, there’s a major push on to let hospital patients spend the holidays at home. The National Winter Plan 2019/2020 will aid this by providing additional supports and measures in order to address the usual winter surge in patients. Despite staff at CUH being worked off their feet […] 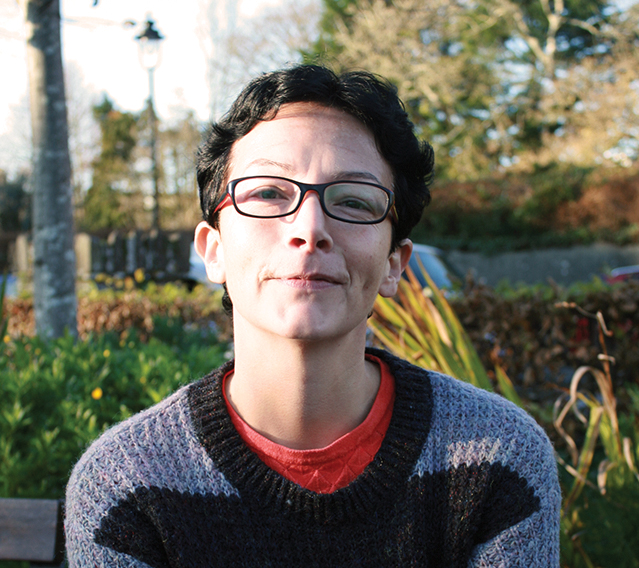