The anonymous provision of sperm and eggs in fertility treatment is due to be banned shortly under Irish law. Parts of the Children and Family Relationships Act 2015, which have yet to be enacted in Ireland, will see the creation of a National Donor-Conceived Person Register. This Register will enable a donor-conceived child who has reached the age of 18 to access personal ‘identifying’ information on the relevant donor and any genetic donor-conceived siblings she or he may have and, if she or he so wishes, to seek to contact those individuals.

Anne Crossey has lived in West Cork for over 20 years. Life is good for Anne, as she shares with Mary O’Brien: she has a family, a home and is able to indulge her passions – art, writing and philosophy. However there is a gaping hole in Anne’s existence – she doesn’t know the identity of her biological father. As a result, for a number of years now Anne has been trying to find out where she came from.

Anne was a donor-conceived baby from an anonymous donor.

“It’s like falling down a rabbit hole,” she says of her search to date “and it takes a toll emotionally on you. It feels endless and there is no support in place for us.”

Many adults conceived through anonymous sperm donation feel a sense of anger, betrayal and loss. “When you do find out, you feel this huge grief for the parent you grew up with, who you always thought was your parent but who isn’t; but you also have this deep grief for the biological parent you never knew, might never know,” explains Anne.

“Even for the children of LGBT couples who know from the outset they are ‘donor’ conceived, there can be trauma caused by not knowing, not having a relationship with one of their biological parents. There can be a sense that we have been bought and that our natural genetic relationships have been taken away from us without our consent.”

Anne found out she was a donor-conceived baby by chance 14 years ago. “An astrologer came to Baltimore to read my chart and when he was leaving he turned and said to me your mother has a secret.”

When her mum phoned the next day, Anne asked her if she had a secret. “There was silence and then she told me my dad, who died in 1998, hadn’t been able to have children, so I was a donor-conceived baby.”

Anne was born in South Africa and her mother had been told that the doctor at the fertility clinic, who died in 1977 when Anne was two, had been the only donor.

For a long time, Anne believed that this Dr Walker was her biological father. She found many more donor-conceived people from the clinic living all over the world. A meet-up was planned in Australia with all the adults conceived through the clinic. However a DNA test beforehand showed that Dr Walker was not Anne’s father. “It was really upsetting,” says Anne. “I grew up an only child and all I ever wanted was siblings. I thought I’d found this extended family, we all got on really well, so to find out I wasn’t related to any of them was very hard.”

Anne believes that sperm donation should only be allowed if there is complete transparency from the beginning. “The child should be made aware of it very early on life,” she says, “There have been lots of studies on adoption in Australia, which have found that children who discover late in life that the people they believed to be their biological parents are not, suffer lifelong emotional pain. ‘Late’ disclosure in terms of adoption is over three years-of age,” says Anne.

“I think a lot of parents are afraid that they’ll be lessened in their children’s eyes and that’s why they haven’t told them the truth about their conception. But it’s really important to tell your children the truth and it’s really important that the children hear the truth from their parents and not from someone else,” says Anne passionately. “A secret like that is a heavy weight over a family. We need to know who we are.

“The UN Convention on the Rights of the Child is the most ratified document of human rights in the world. It says the rights of the child has to come first, that the child has the right to know who his/her biological parents are and their biological heritage. And it’s just not happening. Even the children’s rights groups who are meant to advocate for us in Ireland say that the rights of the donor-conceived have to be balanced with the rights of parents who want to have children. “But it’s the child who has to deal with the consequences, the fallout from the parent’s decision, and that can be devastating.”

Anne is a member of a global forum of donor-conceived adults. “There are about 1200 of us,” she says. “We’ve all been told things like ‘your parents must have really wanted you’ and ‘You shouldn’t look for where you came from’ but what people fail to understand is that we were never given a choice. This was a contract that we didn’t sign up for.

“We need to know from the outset both that we were conceived in this way, and also the identity of the donor. Children need to know this before reaching puberty both for their sense of identity but also to protect them from incest, which I think could be a major issue for the next generation of donor conceived people growing up here.

“It’s a really surreal situation to find yourself in. Even the language behind it all is quite infantilised – people talk about donors and ‘diblings’ – it’s like baby language,” says Anne, “and all geared towards the recipient instead of the child. For example, the word ‘donor’. They might have been a ‘donor’ to the recipients, but to the child they are a biological parent. Calling them a ‘donor’ undermines the significance of that natural biological relationship.”

Anne believes she may have finally found her biological father (he died in 1980 from an aggressive form of cancer) in South Africa. His son has agreed to a DNA test but it’s a slow process in South Africa so it could be a few months before she gets the results of the test.

In the past year, Anne has been very open and vocal in her search – for a reason.

“I want parents who may not have told their children they are donor-conceived and people who are considering using a sperm donor to hear my story and consider the implications that their actions will have on their child,” says Anne. “We need to know who we are and where we come from. There has to be transparency from the beginning. The rights of the child have to come first.”

Anne is one of a group of donor-conceived adults who have been invited to make a submission to the 8th World Congress on Family Law and Children’s Rights in 2020. 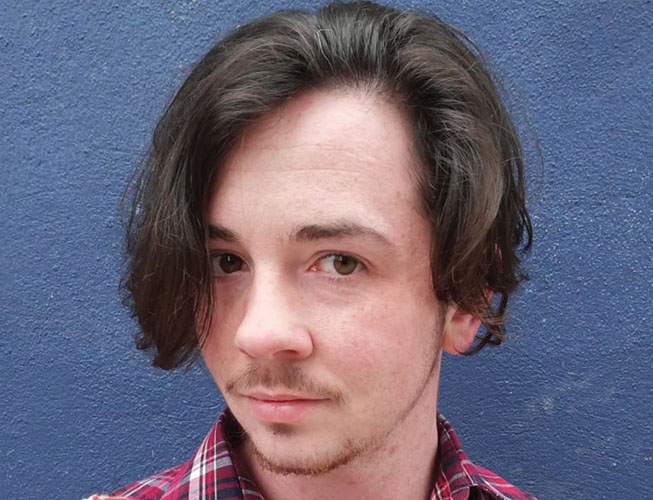