Seed saving is a labour of love for botanist Madeline McKeever and her daughter Holly Cairns who send their Brown Envelope organic vegetable seeds all over the world from their farm on the remote Turk Head peninsula near Skibbereen.

Without seed we have no food. With a Master of Science in Organic Horticulture, Holly is so passionate about sustainable agriculture and food security that she has entered politics and is running as a Local Election candidate for the Social Democrats in Bantry.

Holly’s research for her Masters demonstrated that by saving seed from your own best performing plants, on your land and in your own ecosystem, you gradually develop varieties better adapted to your own soil, climate and growing conditions.

“Because mum has been saving seed for so long, I had six generations of seeds to work with,” she explains. Holly’s research compared different varieties against Madeline’s seed. “There was an increase in yield in our plants every year and after four years, our seed had outperformed the best benchmark hybrid!”

A native of Co Meath, after spending some time in the US, Madeline moved to West Cork with her husband in the late 80s. “I grew up on a farm and I wanted to live by the sea and milk cows,” she says. The farm was small with just 12 cows but it was a good life. Madeline made cheese and yoghurt to sell on the country market and their two children, Holly and Autumn, enjoyed the freedom of the Turk Head peninsula. “When my marriage ended things became more difficult to manage,” says Madeline “I couldn’t get the milk to the creamery and the kids to the school bus at the same time, so I sold the cows in 99. I missed them a lot.”

If you look at our photographs, there are lots of pictures of the cows and only the odd one of my sister and me,” says Holly laughing.

It was about this time that Madeline first started saving seed to sell at the country market in Skibbereen.

“I had bought two beef cattle and I was selling vegetables and beef at the market, so I thought ‘what else can I sell?’” she explains.

Madeline photocopied a list of seeds and handed it out to people at the market. “Two lads from the UK who were running the gardens in Creagh gave me some of their seed – the Heritage varieties of crimson flower broad beans and asparagus kale. They were the two foundation seeds of the business really and are still great sellers today.”

After qualifying for Farm Assist, Madeline was in a position to do some training. “I did the ECDL course and after getting the REPS cheque one Christmas, we went to Cork and bought a computer, which made it possible for me to print out the catalogue and seed envelopes. We all learnt to use the computer playing Tomb Raider,” she says laughing.

“I think my father really inspired me,” she says. “He was an old-fashioned naturally organic farmer. He tried silage, thought it smelt horrible and went back to hay.”

Madeline and Holly keep heifers on the farm for beef but mainly their role is to fertilise the vegetable garden.

Brown Envelope now has hundreds of varieties of seed and thousands of customers on the mailing list.

“Our mission is to enable people to grow their own food,” says Madeline passionately.

After some time spent travelling, Holly came home from Malta to join her mum in the business three years ago. “I really appreciate West Cork and what it has to offer since coming home,” she admits.

Although hands-on and enthusiastic about the business now, the 29-year-old says she didn’t have much interest in growing vegetables as a child. “I think the kids resented the business,” says Madeline “because I was always outside. It took me away from them.”

“I remember thinking why is there always old veg in the house,” says Holly laughing. The vegetables were dried indoors to save the seed.

“They were good times though,” she continues “as kids we regularly went down to the milking parlour with cups of honey and filled them up with warm milk from the cows.”

The most popular in the Brown Envelope seed varieties are carrots, salad mixes, mixed hot chillies, kale and of course tomatoes. “We are known for having an interesting range of tomato seeds,” says Madeline, who has over 50 varieties listed on the catalogue. “We select plants that perform well and further adapt them to the Irish climate. If I had to pick one, my favourite plant to grow is tomatoes,” she says. “If I did nothing else in a garden, I’d make a greenhouse to put tomatoes in, as they’re such good value per square yard.”

Brown Envelope Seeds is also involved with the Seed Sovereignty UK and Ireland Programme. Currently only three per cent of all seed available to grow on the UK and Irish market is organic. That means the majority of the ‘organic’ products purchased and consumed are grown by organic methods, but ‘not’ from organic seed. The Seed Sovereignty programme aims to address this and people all over the UK and in Ireland are involved in organic vegetable trials.

Madeline and Holly are not interested in growing their business too big or too fast. “If we knew we were going to get a summer like last year, we could harvest an acre of cabbage seed,” says Madeline. “However in order to harvest large amounts of seed, for example peas and bean, we’d have to make a large investment in drying equipment.” At present, it’s a matter of keeping an eye on the weather forecast. “If it’s dry we’ll hang the veg on the fence and then bring it back into the shed. We keep bringing them outside on sunny days until they’re dry. You couldn’t do that with acres of peas.”

The women enjoy a good work-life balance with little stress. One of their main challenges last year was dealing with a fox digging up and stealing carrots from the polytunnel!

“We enjoy our lifestyle and we want to keep it that way,” says Holly matter-of-factly. “A business can be a lot more profitable per square yard by staying small,” she emphasises.

A future ambition for Brown Envelope is to grow crops such as figs, quinoa and corn by dividing the fields with hedgerows.

“I eat meat and dairy products but I think we’re too dependent on them in Ireland,” says Madeline. “I’d really like to research no till organic cereal and staple crops that would make Ireland more self-sufficient.”

Outside of the business, Madeline’s dream is to travel over land to visit her other daughter in New Zealand, visiting the Vavilov Institute in Russia along the way. Nikolai Vavilov was a Soviet plant breeder, botanist and geneticist, who created the first agricultural seed bank. He devoted his life to the study and improvement of wheat, corn, and other cereal crops that sustain the global population. “He sent people to collect in Ireland in the 1920s where they collected such things as the Daniel O’Rourke pea, which later died out in Ireland,” says Madeline. “Maybe if I disappear for eight months, Holly could take over the farm,” she says smiling at her daughter.

Madeline’s travels are on hold for the moment however, as right now Holly has one foot on the farm and one in politics. With a mission to build a more resilient West Cork, she believes the answer lies in increased support for small farmers, small businesses and entrepreneurs. “I want to give our young people reason to come back home,” she says.

For more information on Brown Envelope Seeds or to place a seed order go to brownenvelopeseeds.com.

Mon Mar 4 , 2019
Young entrepreneur James Gale (22) based in Kinsale believes in aiming and achieving high. The creator of StampOwl and SwiftFox tells Mary O’Brien that he sees himself running a multi-million euro business and providing employment for a lot of people in ten years time. “I would like to help Elon […] 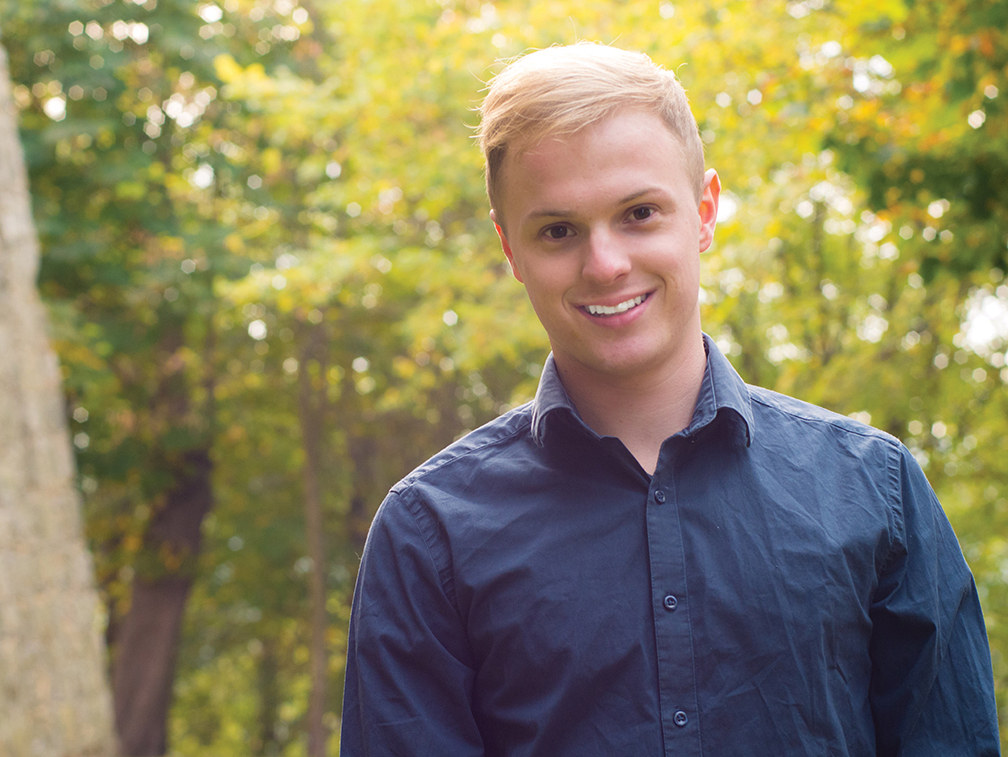