The Brigade, a living history documentary exploring the lives of the ordinary West Cork men and women who fought for Irish freedom will air on RTÉ1 on Thursday, June 13 and Thursday, June 20.

In the documentary, a group of 12 Volunteers were chosen after an open day at Clonakilty GAA back in February. These men then spent one week training as a flying column in locations in Kilbrittain, Enniskeane and Kilmichael. The training started at West Cork Secret in Kilbrittain before moving to locations directly associated with the original flying column training; the week culminated in an ambush scenario filmed at the Michael Collins Centre in Castleview. Their role was to follow in the footsteps of the flying column and to gain an understanding of what life would have been like for the men by being on the run, marching across country and living in barns.

In a secondary strand, a group of history students from the University of Essex spent a week travelling around West Cork discovering the history by meeting local historians and descendants of the original Brigade. They heard the stories of the brave men and women from the area and the dangers they faced, they also heard about the notorious Essex Regiment who were based in West Cork and the suffering they caused the local population, something not taught in British schools.

The documentary seeks to take a fresh approach in telling the history and hopefully bring the stories to life in a way that will hopefully connect with people, in particular a younger audience, and inspire them to discover more about the War of Independence period in their local area.

The documentary was the brainchild of Clonakilty man Samuel Kingston and produced by Abú Media with funding from Broadcasting Authority of Ireland, RTÉ and Cork County Council.

Tue Jun 4 , 2019
Cork County Mayor, Cllr Patrick Gerard Murphy had a very busy and exhilarating bank holiday weekend when he and a group of 18 other people from Eyeries took to the skies to do a tandem skydive in aid of local charities. Taking part in this fundraiser was particularly challenging for […] 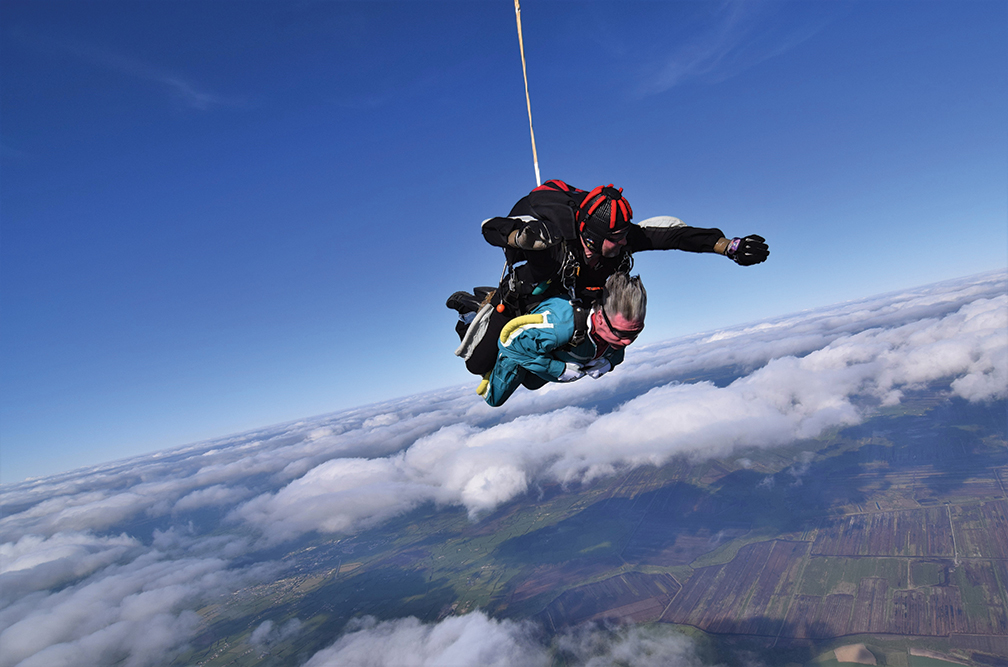