A new EPA funded initiative to reduce plastic use in homes and schools across Ireland is being launched by Voice, an environmental charity that aims to empower individuals and local communities to take positive action to conserve our natural resources. Voice is currently looking for individuals, households and schools in West Cork to examine their plastic use, take part in a plastic use audit to monitor the plastic in their lives and make small changes to reduce their plastic footprint.

The initiative uses citizen science to tackle plastic consumption in homes and schools. Citizen science involves research projects in which the public is directly engaged, gathering data and collaborating with scientists to a common end goal. The end goal is reduce our plastic consumption! There is a growing discontent with plastic to be heard across the country and the next step is to move from discontent with the status quo to action! The citizen science project will enable people to take this step to change their plastic consumption. Through the initative households and schools will be guidied through using a plastic use audit to monitor the plastic in their lives. They can then sign up to plastic pledges each month to reduce their plastic consumption step by step, to make the changes more manageable and sustainable within their own lives.

Plastic has become a ubiquitous material globally, with plastic production rapidly growing since its first widespread use outside the military in the 1950s. In 1960, plastic made up less than one per cent of municipal solid waste, however the increasing use of single use plastics and the durable nature of plastic has led to the current situation whereby 8.2 billion tonnes of plastic has been produced, and by 2015 6.3 billion tonnes of plastic waste had been generated, 79 per cent of which is accumulating in landfills or the natural environment. Plastic waste has become a pressing concern and fears are mounting for the future, with research published in 2017 estimating that by 2050 if current trends continue there will be 12 billion tonnes of plastic waste in landfill or the natural environment.

Recent research has sought to quantify the damage caused by plastic waste to the world’s oceans with horrifying results. A 2014 study estimated that there are 5.25 trillion pieces of plastic in the oceans, weighing 268,940 tons. In 2014 the UNEP conducted a natural capital valuation of the impact of plastic on the marine environment and found that plastic littering costs $13 billion to marine ecosystems per year. Seventy per cent of marine litter in Europe is made up of 10 types of single-use plastic products and plastic fishing gear. A study conducted in Ireland found that 73 per cent of deep sea fish had ingested plastic. A 2015 study reported that 90 per cent of seabirds have plastic in their gut. And in early June 2018 it was reported that plastic has overtaken natural materials as the major nest building material in the gannet colony of Little Skellig, leading the island to look like a rubbish dump.

These revelations have raised public awareness and concern over plastic waste and prompted calls for action. In response to the growing concern over plastic waste the new European strategy for plastics released in January 2018 stipulates that all plastic packaging shall be reusable or recyclable in a cost effective manner by 2030. And in June 2018 the European Commission proposed new rules for the EU to tackle single use plastics, including bans on certain items and consumption reduction targets.

Across the EU an average of 31kgs of plastic waste is produced per person per year. In Ireland we generate 61kg of plastic waste per person per year, the highest in the EU. Clearly we need to reduce our plastic consumption as a matter of urgency! Reduce Plastic now is a new initiative to help us make this change. Does this interest you? If so give Voice a shout – the team is looking for people to join it.

Mon Feb 4 , 2019
From a farming perspective the last few weeks have been fantastic. Since the middle of December temperatures have consistently been between eight and 14 degrees Celcius. It’s perfect early season grass growing weather – the kind that farmers longed for most of April 2018. In the last few weeks I […] 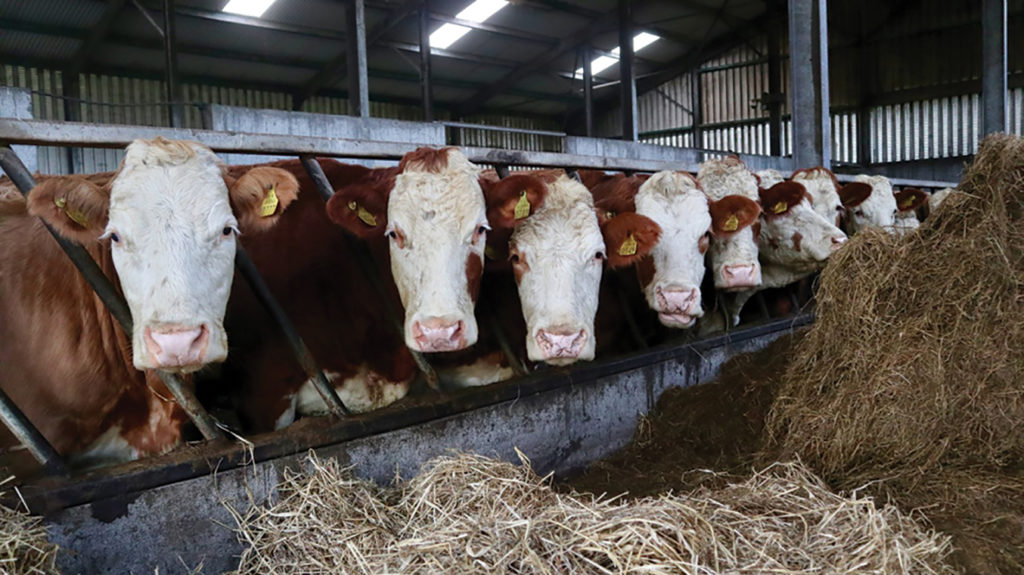