The current Miss Ireland, Aoife O’Sullivan from Ballinadee was the guest of honour at the 30th Anniversary of the Opinion/Bandon Co-op West Cork Community Awards held in the Munster Arms Hotel, Bandon on Friday April 5.

Over the past three decades this, the longest-established awards scheme of is type in Ireland has recognised the social, community, cultural and economic life of West Cork. Over 600 individuals and organisations have been honoured, some of whom have gone on to achieve national and international acclaim.

At this year’s gala ceremony the Outstanding Achievement of the Year Award went to four individuals who performed a Lazarus-like miracle on 47-year-old Paul Harrington from Kilbrittain, who suffered massive cardiac arrest on September 5 last at a garage forecourt in Bandon. Paul had no pulse for over 25 minutes, but through the use of CPR and defibrillation by Ciarán Walsh, Fiona Coffey, John O’Connell and Ger Crean, Paul survived.

Innishannon author Alice Taylor, who has been most prolific over the last 30 years, received an award for her outstanding contribution to Literature.

Others honoured included Skibbereen woman Jennifer Dowler who set up a pioneering charity, Irish Dogs for the Disabled, in 2007 to provide dogs to children and adults with physical disabilities.

Youthful Kinsale golfer John Murphy, quickly niching a reputation for himself on the international circuit, won the Sportstar of the Year.

A children’s charity shop in Bandon, which donated hundreds of thousands of euro to Sr. Jesinta in India, who runs a school to educate young boys and girls to pursue third level education, won the Community Award.

The committee behind the Sam Maguire Bells project in Dunmanway, one of the most innovative projects undertaken in West Cork in 2018, were also saluted.

Spearline, Skibbereen’s up and coming global software company, was the worthy winner of the Enterprise Award.

Two stalwarts of Drinagh Rangers FC – Don Hurley and Declan Deasy – were honoured with Club Persons of the Year. Rugby too had it winners in young stars Josh Wycherley and John Hodnett, with Bandon RFC winning the Club of the Year Award.

West Cork designers bound for Bloom in the Park 2019

Wed May 8 , 2019
Photo : Kathleen Holland, Virgin Mary Shell Bracelet Two West Cork-based designers have been selected for the Design and Craft Council of Ireland’s Irish Craft Village at Bloom, celebrating its 13th anniversary in the Phoenix Park, Dublin between May 30 and June 3. Jeweller Kathleen Holland and surface pattern designer […] 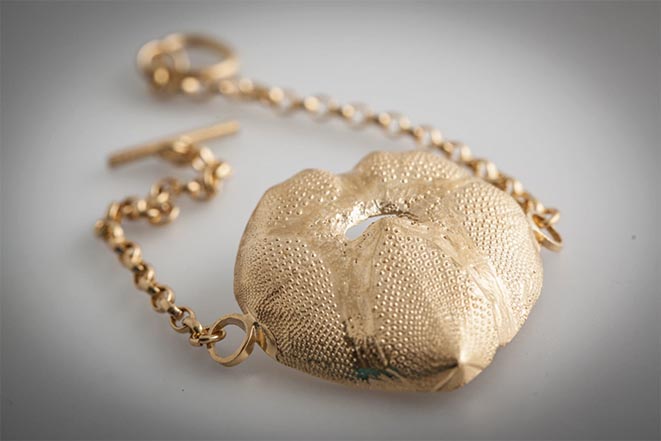