In 1910, Daniel and Hannah Hurley returned from America and bought the shop at The Pike for the sum of £50 – and so Hurleys at The Pike began. At the same time, a young Michael Collins was in London working for a stockbroker while studying law. His history, that began with schooling at the old National School that still stands at Hurleys, was only just beginning too. The Hurleys were part of the Irish who returned. Some came back out of homesickness, others to take over farms, while more came back with a wider knowledge of the world beyond and ideas they might start at home.

Today, Hurleys at the Pike is a modern and thriving fuel depot, petrol station and a store filled with the best of local produce. The name ‘Pike’ comes from what must have been a toll-gate/turn-pike in the 1850’s when the cross-roads was known as O’Mahony’s cross. Just up the road from the cross is the original large ring fort from which Lissavard takes its name.

Michael and Mary Hurley meet with West Cork People to talk about history, independence and the future.

“I’m very proud of the Hurley history here and we make the most of our independence. We’re not part of any chain and with the warehouse space, we can always source the best deals in fuels for our customers.”

Below the store, there is a vast warehouse stocked with coal of all types, kiln dried woods, turf, and animal feeds.

“We’ve many customers with many different requirements, and with our storage space, we are able to carry many different products. Everyone has their own favourites, whether it’s for stoves or open fires, we’ve got the coal, turf or wood for you.”

In 1917, Daniel Hurley died and his young son John left school to work in the business with his mother. The young entrepreneur set about buying a corn crusher and obtained a haulage and a hackney license. The Hurleys were now a vital and important part of their community. The business expanded and by 1941 the first petrol pumps had been installed. Demand was growing as cars replaced horses on the roads. The modern world had arrived. Sadly, this was also the year that Hannah Hurley passed away.

Much of Ireland’s modernisation was down to businesses like this. Making profits, reinvesting, expanding.

“Our logo today still carries the sheaf of corn. “ Michael says. “You don’t forget where you come from but you also keep an eye out to the road ahead.”

After World War II ended, Daniel, now married to Kathleen McCarthy from Cahermore, brought in a giant of a diesel engine to drive the mill. From Waterford harbour to the Pike, this four tonne behemoth took a crew of the strongest local men to position it and so began their post-War expansion.

By the 1970s, the business was now thriving, with an electric mill in operation, new fuel pumps feeding the demand of cars and passing trade, and a younger Michael Hurley joined the business. Within a year, his father Danny passed away, and another son was left with his mother to drive on the business again. In 1977, James Nagle joined as well, and he can still be found behind the counter or driving the Hurleys truck around the roads on his winter deliveries. Many will remember from these times, the distinctive red, white and yellow Hurley feed bags with the motto ‘Dextra Cruce Vinci’ – ‘His right hand conquers with the cross’!

In 1997, Michael married Mary Lee from Kilkerrin in Galway, and the shop saw a revamp in 1998. By now, changes again were coming. Times are always changing and, in 2001 Kathleen retired after over 60 years of great service to her community. Farming was also changing dramatically.

“It was the most difficult decision to make. “ Michael says. “In 2005, we closed the mill. It was just too difficult for small millers like us to survive.”

After years of applications, construction began on the new forecourt and convenience store in 2012 and the doors opened in 2013. With the warehouse and old school, Hurleys continued to distribute animal feeds, coals and wood throughout West Cork while the new retail store and service station grew to where it stands now – one of West Cork’s finest independent stores for a wide range of local produce.

Inside the store, Mary Hurley shows off the local breads, cakes, jams, meats and much more.

“The business has always, from the very start, been based on hard work, good quality, and looking after our customers. We didn’t want to be another chain store. We wanted to have the best local produce in the shop.”

“We’ve been here for a hundred years and throughout that time, we have always looked to the future.” Michael says. “We’ll be opening a new hot-desk business in the next couple of months and who knows what new business might emerge from Hurleys at the Pike!”

Farming : A rollercoaster of a year behind us

Tue Dec 10 , 2019
In Billy Joel’s 1989 hit ‘We didn’t start the fire’ he chronicles the 40 years between 1949 and 1989 simply by stitching a series of headlines from the period together. Listening to it, hearing the words sets off images of the story behind each headline and leads to a bit […] 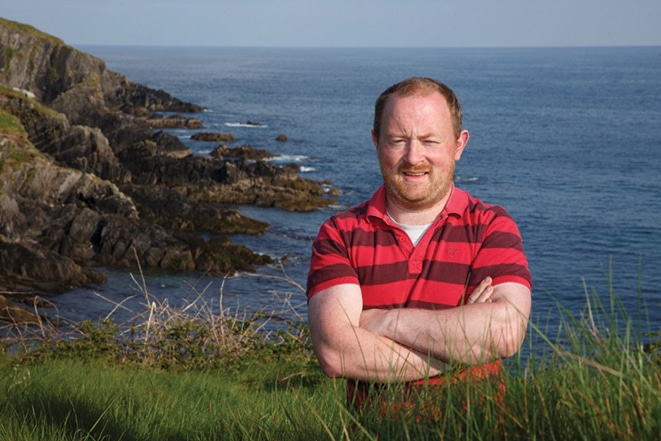