The Camino Santiago, or way of Saint James, is one of the most famous pilgrimage walks in the world. Its history is steeped in a tradition of over a thousand years when pilgrims first began to visit the final resting place of the apostle James.

In the 17th century pilgrims from Ireland began going to Santiago, joining merchant ships headed for the port of A Coruna, from where they would walk the 75km to the Cathedral of Santiago de Compostela. Among them was Donal Cam O’Sullivan who joined other Irish chieftains there after the battle of Kinsale and the Flight of the Earls.

In recent years the Camino Society of Ireland have revived the tradition and have arranged with the authorities that a full Compostela Certificate (as in this picture) can be issued for the Celtic Camino for the 75km route from A Coruna to Santiago provided 25km is previously walked on a pilgrim path in Ireland.

The St Finbarr’s Pilgrim Path is a recognised pilgrim route for people to start their own Camino here. Though it is 37km in length a shorter version mainly by walking roads would bring you in at the required 25km to Gougane Barra.

The Passport can be obtained from the Camino Society of Ireland by requesting same on their website www.caminosociety.ie

Michael Grainger of Cloughduv is a regular walker on the St Finbarr’s Pilgrim path. In conjunction with J.Barter Travel, Cork he has put together a reasonably priced package for the Spanish side of the Celtic Camino. He can be contacted at 087 2206360 or email mvgwalking@gmail.com. His package includes the Passport, which you can then stamp at the Top of the Rock, Kealkil PO and Gougane Barra Hotel.

Enjoy your Celtic Camino starting right here in West Cork in Drimoleague. You may be interested in signing up for one of this year’s St Finbarr’s Contemplative Pilgrim Walks April 27/28 or August 17/18. Contact David Ross (086) 1735134 or walk the path anytime at your own pace.

Tue Apr 9 , 2019
Speaking at a ‘Doing Business in Kinsale Meeting’ at the Blue Haven Hotel last month, Minister Jim Daly proposed an ambitious plan to pedestrianise the main street (Pearse Street) of the town, and to create an outdoor space for recreational and increased footfall purposes.  Mr. Daly said, “We need to […] 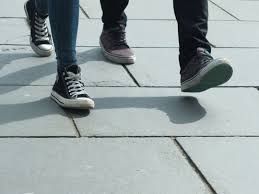