We take them for a walk in the evening, throw their favourite ball as far as we can so they can excitedly chase it, we toss a stick into a lake so they can have a little swim, we watch films with them, we pat them on the head, we ask “who’s the best boy?” even though we already know the answer, we give them little treats and in return they love us unconditionally. They’re not just our best friends, they’re mans’ best friend. Therefore, it’s easy to forget the role dogs played in war. World War One and World War Two had many dog soldiers, each assigned a specific duty. Brilliantly trained and incredibly obedient, these dogs played an integral role in the Allied force’s success. In many cases the dog’s loyalty is unfathomable and when you learn of the tasks that they successfully completed, you simply cannot be unmoved.

During the war years, people who had dogs as pets were given the opportunity to volunteer their dogs to be trained for war. A specialist training centre was put in place to train different dogs for separate duties in Virginia because soldiers began to report to their commanding officers that they had trouble sleeping between engagements due to fear of being snuck upon by the enemy and shot whilst asleep. This gave rise to the need for a guard dog.  Larger dogs, such as the Doberman were trained as sentry dogs for this purpose. They would stand over their sleeping partner and bark if someone unknown was approaching. In the trenches during World War One soldiers suffered from an infestation of rats. Soldiers were unable at times to dispose of food waste properly and rats bred and flourished in the alcoves of the trenches. Smaller animals such as the Jack Russell were trained to hunt and kill rats to alleviate this problem.

However, the most decorated dog of World War One was not enlisted by his owners, he was a stray found on the campus of Yale University. Soldiers from 102nd Infantry Regiment were training on campus and a little Bull terrier stole the heart of Corporal Robert Conroy. Conroy smuggled him on to their ship and brought him to France. He hid the dog underneath his overcoat when departing the ship in France and took him back to his base.

Here the little dog won the heart of his commanding officer and was allowed to stay. They named him Stubby.

Stubby was assigned to the 26th ‘Yankee’ division, served in the trenches in France for eight months and participated in 17 separate battles. He entered combat on February 5, 1918. In April of that year, Stubby was wounded in the foreleg by shrapnel from a hand grenade. He was sent to the rear for convalescence and, as he had done on the front, was able to improve morale. When he recovered from his wounds, Stubby returned to the trenches.

Stubby was also injured by a mustard gas attack. Meaning in his first year he had earned two wound stripes. After he recovered, he returned with a specially designed gas mask to protect him. Also, he learned to warn his unit of poison gas attacks and located wounded soldiers in no man’s land. He could hear the whine of incoming artillery shells before humans so he would let his unit know when to duck for cover. He was also solely responsible for capturing a German spy in the Argonne. He was awarded the honorary rank of Sergeant for this achievement.

Sergeant Stubby was the most decorated dog of the First World War but it was an Alsation named Chips that won this accolade for his actions in World War Two.

Chips was a German Shephard that served as a sentry dog for the 3rd Infantry Division in North Africa, Sicily, Italy, France and Germany.

In 1943, during the invasion of Sicily, Chips and his handler were pinned down on the beach by an Italian machine-gun team. Chips broke from his handler and jumped into the pillbox, he attacked the Italian soldiers and repeatedly bit them. The gunners were forced to leave the pillbox and surrender to US troops. In the attack, he sustained a scalp wound and powder burns. For his actions during the war, he was awarded the Distinguished Service Cross, a Silver Star and the highest possible honour a soldier can receive, the Purple Heart.

As previously mentioned there were different roles for dogs depending on their breed. Some of the roles and the dog’s duties are listed below.

Their role was to work with soldiers on foot patrolling the terrain ahead of them. Scout dogs were used because they could detect enemy scent up to 1000 yards away. Instead of barking and drawing attention to the squad, the dog would stop, remain still and point its tail, which indicated that the enemy was encroaching upon the terrain.

They were trained to accompany usually one specific guard and were taught to give a warning signal such as a bark to indicate when an unknown or suspect presence was in the secure area such as a camp or military base.

Dogs were used to transport messages from one camp to another during enemy fire, as they represented a much smaller target to snipers on the battlefield. A soldier trying to run the message would obviously present a far larger target and even if successful, was much slower transporting the communication than the trained dog. Field communication was often very rudimentary or simply did not work. Meaning there was always the very real possibility that vital messages from the front would never get back to headquarters or vice versa. Army vehicles were sometimes rendered useless depending on the terrain they had to cross, therefore, a trained messenger dog provided the perfect solution and they were an incredible success.

Dogs also had another role to play on the Western Front. For men trapped in the horrors of trench warfare, a dog in the trenches was a psychological comfort that took away, if only for a short time, the horrors they lived through. Not all dogs in the Trenches were messenger, some were purely pets. Adolf Hitler kept a dog with him in the German trenches.

Casualty or ‘Mercy’ dogs were vital in World War One. These dogs were trained to find the wounded and dying on battlefields and were equipped with medical supplies to aid those suffering. Those soldiers who could help themselves to supplies would tend to their own wounds, whilst other fatally wounded soldiers would seek the company of a Mercy dog to wait with them whilst they died.

Of all the incredible accomplishments and uses of dogs in both World Wars, one fact that has the ability to engrave itself on the reader’s brain is the use that Adolf Hitler made of litters of German Shephard puppies. He used the dogs as a loyalty barometer to entering his infamous ‘SS’ squad. Each aspiring soldier that wanted to join the SS was assigned a German Shephard puppy and was allowed to raise the dog to roughly one-year-old. At the final stage of the vetting process to enter the SS, all aspiring enrolees would be told to report to a specific area with their dogs. They were then asked to kill the dog by cutting its throat. The soldiers that killed the dog they had reared, proved their loyalty to Hitler and were granted access to the squad. Those that refused the order were reprimanded and denied promotion.

Surplus calves are not a new problem

Tue Apr 9 , 2019
It’s been an incredibly busy month across the board for Irish agriculture: The comings, goings and not knowings of Brexit, peak calving season and plenty behind-the-scenes work in Leinster house and beyond.   A bit of good news for farmers in the two western West Cork peninsulas came in the form […] 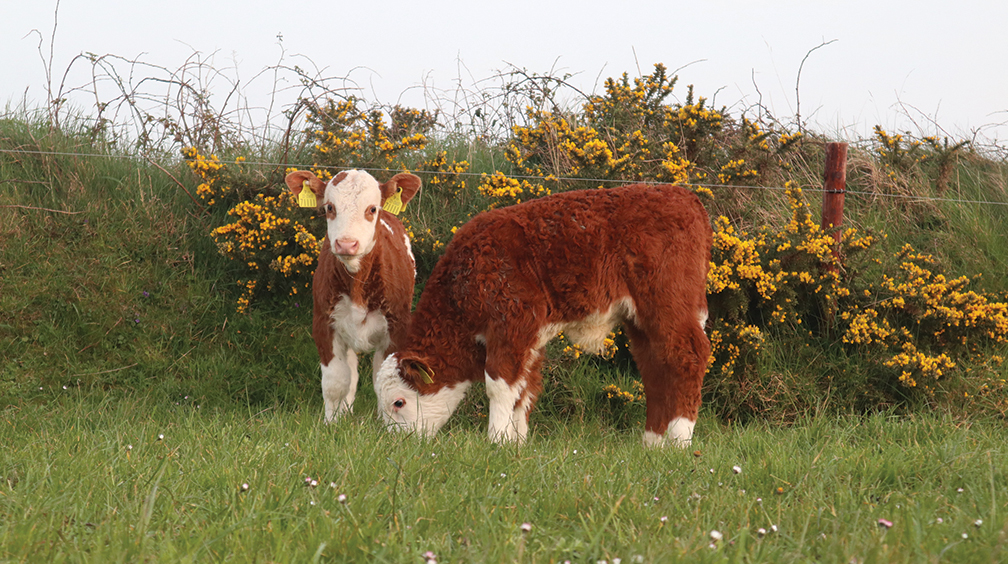