Think you should have a say in what is built on your doorstep and how it affects the environment you live in? Think again says Fiona Hayes.

The Aarhus convention establishes ‘access to justice’ with regard to the environment.

A number of communities and individuals in West Cork and across Ireland have indeed availed themselves of this right of ‘Access to Justice’, challenging decisions made by An Bord Pleanala and applying for leave to bring Judicial Review Proceedings in the High Court. Notably, the NGO ‘Friends of the Irish Environment’ who monitors the full implementation of European Environmental Law and works for changes to the Planning Laws to support sustainable communities and environments, has been successful in using Judicial Review to protect the environment across Ireland.

Now though, a Bill put forward by Eoghan Murphy TD, the Minister for Planning would severely restrict this Access to Justice making it much harder for citizens and environmental NGOs to bring Judicial Review proceedings in relation to planning decisions.

Currently in Cork, a number of community groups seek to protect their environment through the Courts. For Example ‘Save Cork City Community Association CLG ‘ has recently been granted Judicial Review in their challenge of the controversial Cork City Flood Defence Scheme, which would change the heritage of the City by building 15 kilometres of walls along the River Lee.

‘Save Cork City Community Association’ have instead proposed management of the entire River Lee catchment including water storage and reuse of flood plains, tree planting, wetland restoration, water diversion, attenuation, reinstatement of ditches and alteration of land drainage methods in cooperation with landowners. Their management plan has the backing of world experts who say it would provide full protection for Cork from upstream flooding and combined with a tidal barrier provides better and more sustainable protection for the city than the Council’s plan.

The Bill put forward by Eoghan Murphy, if approved in it’s current form, would change the terms relating to how NGO’s and community groups, requiring them to have been in existence for a minimum of three years and to have a minimum of 100 affiliated members to qualify to challenge planning in the courts. However most community groups fighting these cases came into existence specifically to fight a single proposed planning in their locality that they believe to be environmentally detrimental.

Another West Cork action being fought in the courts currently is in Bantry Bay where the local community have come together to preserve an area of outstanding beauty that is home to many Harbour Seal colonies, White Tailed Eagles, Otters, Choughs and Dolphins and is visited by Humpback Whales and Basking Sharks who come to feed in the rich marine waters of the bay.

‘Bantry Bay; Protect Our Native Kelp’ is opposing a licence to mechanically harvest 1860 acres of Native Kelp Forest by suction. The group is concerned that this will permanently destroy the Kelp Forest, which is an important carbon sink and natural coastal defence, as well as being the nursery for many fish and home to sea otters.

The proposed new Bill restricts access to Judicial Review to those who have had prior participation in the planning process. However the community in Bantry Bay was unable to participate in the process, as there was no public consultation and such little advertising as there was simply stated ‘Occupy an area of foreshore for the purpose of harvesting specific seaweed at Bantry Bay’. It made no mention of Mechanical Harvesting, no mention of Native Kelp Forest and no mention of 1,860 Acres of Bantry Bay. There was nothing to alert the community that this was anything other than the hand harvesting of Kelp that is already carried out throughout Ireland.

Under the proposed new Bill this community would be denied ‘Access to Justice’ because the way in which the licence was originally granted did not alert them to the need to put in objections.

The Bantry Bay Community however, having found out what had been granted, raised the funds for Judicial Review and was granted a hearing. At that hearing the Judge declared that there was no existing licence to mechanically harvest the Kelp, as an error had been made in publishing of the granted licence. It is a requirement of the Foreshore Act 1933 that the Government publish the decision to grant a licence in the official State Gazette. As this has not been done the licence process is not yet concluded.

This raises questions around another part of the proposed new Bill, which states that judicial review challenges may not be sought in respect of an alleged deficiency failing, such as clerical or typographical errors, unintentional errors or omissions in the order or determination text, or an omission of text, which has the effect that the order as issued is not accurately expressed as intended.

It appears that this simply protecting omissions such as those in the Bantry Bay Kelp case and thus further obstructing a citizens right to Justice.

Save Our Skibbereen (SOS), was recently celebrating that RTP Company had withdrawn its application for planning for a Polymer Compounding Factory, after the High Court returned the case to An Bord Pleanala, the latter having conceded that they could not answer point 1 that the plaintive (the Chair Person of SOS) had put forward.

When they applied for leave to bring Judicial Review Proceedings against An Bord Pleanala, SOS were advised by their legal team that as the group came into being after submissions had been sent in, firstly to the County Council and then to An Bord Pleanala, it would be better for one member of the group who had made original submissions to go forward to Judicial Review as the plaintive.

This is a fairly scary thing to agree to, as the costs of Judicial Review are likely to be above €100,000 and if you lose the case you may also be required to pay the costs of the other party, An Bord Pleanala.

Equally however, if you win you may be awarded costs from An Bord Pleanala; and thus legal teams tend to only take on strong cases, which they stand a good chance of winning.

The proposed new Bill would impose a limit on cost awards of just €40,000 in successful challenges. This is well short of the €100,000 plus that it costs to take a case to court. This Bill would thus make it ‘unsustainable’ for legal teams representing citizens and environmental NGOs to take on cases.

Indeed the European Commission and EU Court of Justice have highlighted the high cost of mounting legal challenges in environmental cases as a key issue in Ireland.

Chief Justice, Mr Justice Frank Clarke has stated that the issue of costs has been one of Ireland’s great difficulties in complying with its Aarhus Convention obligations.

The government states that the Bill is needed because legal challenges related to the environment are slowing down development. Each of the Judicial Reviews Granted is the result of bad decisions. The Government’s answer, rather than to make legally robust planning decisions, is to attack the communities and NGO’s who are quite rightly fighting for Environmental Justice.soid=1101987987876&aid=5EAo-oy6fUs

Please contact TDs and Councillors and ask them to oppose these changes.

Mon Jan 20 , 2020
The Conscious Communities Programme is an initiative to support communities to further their journey toward sustainable living. The initiative, run by the environmental charity VOICE Ireland, has run in towns across Donegal, Cavan and Wicklow, and now thanks to funding from Cork County Council, it is coming to Cork. Abi […] 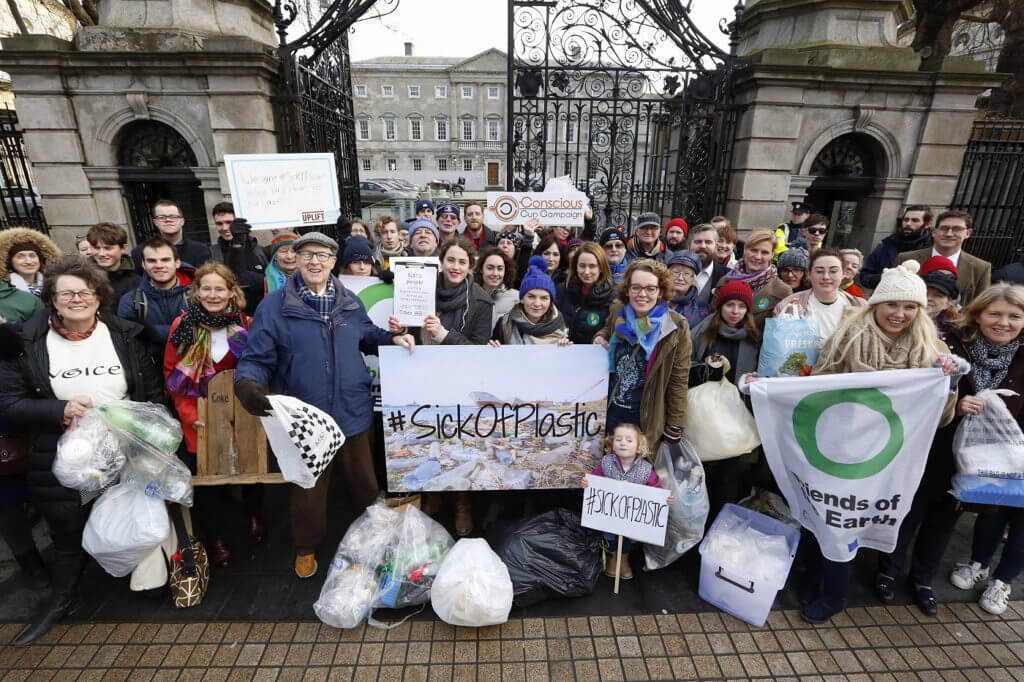