While planting some fruit trees in my garden last week, I came across lots of big juicy worms.

This got me thinking about one of the most productive workers of the soil food web and I decided to learn more…and it turns out there’s lots to learn about these amazing creatures, often not seen but always improving the soil and in turn our environment.

There are over 3000 different types of earthworms, ranging from microscopic ones to giant Australian Gippsland worms which grow over 12 feet long and weigh up to 1.5pounds. There is even a recorded earthworm in South Africa that measured over 22 feet long! Here in Ireland we have 27 species, the common earthworm (Lumbricus terrestris), being the best known.

Earthworms are hermaphroditic (they have both male and female reproductive organs), but they need to mate with other worms to produce offspring. After they’ve mated, earthworms form tiny, rice sized cocoons which they bury. They can produce two cocoons a week, each containing one to seven hatchlings. After a two to four-week gestation period, the baby worms emerge. One breeding earthworm can produce nearly 100 baby worms in six months. Some varieties can live up to 50 years (though more typically one to two years, as it’s a hazardous existence being the bottom of the food chain), with most species having a maximum life span of about four to eight years.

There’s a myth that if you cut an earthworm perfectly in half, both ends will regenerate and become two worms. But that’s not the case – despite their tubular appearance, earthworms do in fact have a head. The thick band known as the clitellum is found closer to the head, and most of a worm’s organs are above it. Only the half with the head will be able to regenerate.

Earthworms don’t have lungs, they breathe through their skin. So if there’s too much rain, earthworms will rise to the surface to breathe as they become starved of oxygen in water drenched soil. Worms have no eyes, ears or teeth but do have five hearts!

Charles Darwin spent over 39 years studying them and in 1881 wrote “It may be doubted whether there are many other animals which have played so important a part in the history of the world, as have these lowly organized creatures.” The Greek philosopher Aristotle referred to worms as “the intestines of the earth.” Cleopatra declared worms sacred – removing an earthworm from Egypt was punishable by death!

What makes them especially important to gardeners and the environment is how they work with the soil. Worms help to increase the amount of air and water that gets into the soil. They break down organic matter, like leaves and grass into things that plants can use. When they eat, they leave behind castings that are a very valuable type of fertiliser.

They help to ‘turn’ the soil—bringing organic matter from the surface and mixing it with the soil below. Another interesting job that the worm has is that of making fertiliser. If there are 500,000 worms (scientists in New Zealand estimate that there could be up to 8,000,000) living in an acre of soil , they could make 50 tons of castings. These castings will hold up to five times more nitrogen, seven times more phosphate and eleven times more potassium than the surrounding topsoil, along with a list of trace elements vital to healthy plant growth. The same 500,000 worms burrowing into an acre of soil will create a drainage system equal to 2,000 feet of six-inch pipe.

Groundbreaking work has been trialled by oligochaetologists (earthworm scientists) using worms to clean contaminated soils and water. One team used worm-produced soil – vermicompost – to absorb contaminated wastewater containing nickel, chromium, vanadium, and lead. The other team used a more direct method, setting the earthworms loose on soil contaminated with arsenic and mercury. In both cases, the worms removed a significant amount of the toxins, particularly arsenic.

Improving soil health in farmlands could capture extra carbon equivalent to the planet-warming emissions generated by the transport sector, one of the world’s most polluting industries. Using earthworms to treat ‘dead soil’ found around the world, as a result of many modern farming and gardening practices, may become a vital tool to absorb carbon dioxide both in the present and the future and in the present.

Another amazing discovery was recently made concerning the mucus that worms excrete while burrowing, called coelomic fluid. It turns out this fluid encourages the growth of bacteria and fungi as well as speeding up seed germination. Up to 50 different species of bacteria have been found inside worms intestines. Having a healthy population of earthworms is vital for the soil food web. These bacteria and microbes allow plants to take up otherwise unavailable nutrients. Worms also have the ability to remove harmful bacteria such as E. Coli and salmonella, and have been used in sewage treatment plants to turn raw sewage into nutrient rich organic matter that is safe to spread on agricultural land.

So, how can you encourage worms in your garden?

Earthworms need nitrogen in their diet and will appreciate a generous supply of compost as much as your plants do. Avoid using synthetic nitrogen fertilisers because the salts can be poisonous to earthworms. Mulches, compost heaps and manure piles make ideal worm habitats.

2. Cultivate gently: An Australian report showed after three to four years of zero-tilling, fields had twice as many worms as cultivated soils.
When digging and planting, use a garden fork, not a spade. If you gently fork up your soil one day, many of the worms will leave the area by the next day, which is when you can cultivate more vigorously without injuring as many worms.

Composting with worms — called vermiculture — is a perfect solution for gardeners with limited space.

A shallow plastic or wood box measuring 60 centimetres square can comfortably handle the kitchen wastes of two people and can be placed in your kitchen or garage. The container should be free of any chemicals and well ventilated; leave the lid ajar to allow air to circulate and drill holes in the sides and bottom.

5. Placing your worms: Place several hundred worms in the box along with a bed of damp shredded newspapers or leaves lightly sprinkled with cornmeal.

You can get worms from existing compost piles, generous friends or buy online
Begin feeding the worms 200 to 500 grams (one to two cups) of vegetable scraps at a time, and keep them moist but not soggy.

Harvest worm castings every two to three months and fill the bin with a fresh supply of bedding.

To save the worms while harvesting, dump the pile onto newspaper under a bright light; the worms will burrow towards the bottom. This is also a good time to release some into your garden. Scoop away worm castings until you reach the worms, then combine what’s left with fresh materials.

If you do not have a compost heap or wormery and want to get the benefits of worm castings (and a few worms), we stock a great product called Living Green compost. It comes from an organic worm farm based in Donegal which produces over 16,000 kgs of worms per year. As the worms munch through their bedding material, they convert it into rich organic worm cast which is an excellent medium for growing plants.

From tilling your soil to creating compost, gardeners and worms are a great match.

Mon Mar 4 , 2019
There is a lovely stretch now both morning and evening. There are visible signs that the gardening season is kicking off – birds pairing up, buds on trees and shrubs, spring bulbs out in full force. This is the busiest month of the year so if I fall behind now, […] 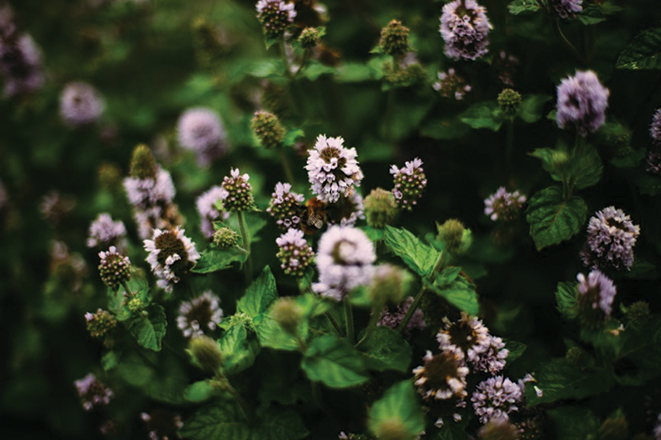