‘Call It Out’, a new civil society campaign, aims to highlight and address the harm caused by homophobia, biphobia and transphobia in Ireland. Led by the Transgender Equality Network Ireland (TENI) and the team from the Hate and Hostility Research Group at the University of Limerick, this campaign asks that you call out homophobia, biphobia and transphobia when you encounter them.

Jack Fitzgerald tells Mary O’Brien that the transgender path is not an easy one.

Jack Fitzgerald, 31, grew up in Bantry and is ‘transmasculine’, a term used to describe transgender people who were assigned female at birth but identify with masculinity to a greater extent than femininity. Jack started transitioning four years ago.

The transgender path is not an easy one. “People don’t know how to interact with you any more so they become distant,” Jack explains.

“I grew up in West Cork without much exposure to LGBT individuals so I didn’t really have any role models or anyone I could relate to. As a result, you could say that I took a detour for a while.”

Up until the age of 26, Jack was a lesbian. “I reached a point where I realised there was more to it and that gender had something to do with the way I felt,” explains Jack. “I thought long and hard before doing anything about it.” At that time Jack was very involved as a volunteer within the lesbian community in Cork City.

“There were people in the community who felt betrayed by me wanting to transition. I felt I no longer had a place in that community and that I’d lost my support network. I was cast adrift.”

Finding very little support in Cork at that time for transgender people, a year and a half ago, the UCC student founded the group Gender Rebels Cork, which advocates for and supports all transgender, non-binary, intersex and gender non-conforming individuals.

“One of the main challenges to transgender individuals in Ireland is a lack of access to Hormone Replacement Therapy (HRT),” explains Jack. If you visit your GP and say ‘I think I want to transition’, there is no set pathway for what comes next. At the moment you get a referral to an endocrinologist but there are just two endocrinologists in the country seeing trans patients, one at Loughlinstown Hospital and another at Galway University Hospital.”

There is no trans healthcare in Cork City.

“People are waiting up to three years just to be seen by a consultant with no guarantee they’ll be prescribed HRT or recommended surgery because you have to prove to them that you’re trans,” says Jack. “I’ve met transwomen who’ve been refused HRT because they don’t look female enough!”

Jack explains that it’s dangerous for a transwoman in the early months of transitioning to walk down the street. “Transwomen are very vulnerable to verbal and physical abuse because of their appearance…yet in Ireland you’re expected to be vulnerable for two years.

“I also know people who’ve been refused HRT because of having a preexisting mental health issue or a condition like autism.

“When you do access the mental health system, there is no one trained to deal with transgender people. A lot of the time the trans person accessing the service has to be the educator and that puts a lot of pressure on that person,” says Jack.

“I’ve met a lot of people in their 20s and early 30s with chronic health issues, –largely due to the stress of being transgender – and they feel that they can’t access the health services they need.”

Jack, who has been having HRT for the past two years, has been on a waiting list for that length of time for top surgery (breast removal). The only surgeon in Ireland who does this type of surgery for trans people announced his retirement a month ago.

“It’s very frustrating and upsetting,” says Jack. “A lot of trans people find it very difficult to maintain employment while they’re transitioning so it means we’re not the most financially secure group of people, which means travelling abroad for healthcare is rarely an option.”

Jack studied Youth and Community Work in UCC and has recently gained parttime employment with the Sexual Health Centre in Cork City. As chairperson of Gender Rebels Cork also, life is busy but happy for Jack, who is grateful to have the full support of his family.

“Attitudes are changing for the better in Ireland, says Jack. “I recently attended my uncles 80th birthday party in Castletownbere and everyone was really warm and accepting towards me.

“People want to be open, be accepting. I’ve had people bend over backwards to support me. But people are nervous and are afraid of saying or doing the wrong thing. Sometimes that nervousness gets the better of them and they don’t know how to interact. It’s a very human reaction to have.

“We’ve grown up with the idea that being transgender is wrong, is lesser. A trans person is a human being just like everybody else, with loved ones who care about them; the vast majority of us just want to live our lives normally, without hassle.”

A generation afraid for their future fights for change

Tue Aug 6 , 2019
Youth activist and environmental campaigner Alicia Joy O’Sullivan from Skibbereen has been fighting for change on many different issues from a young age. The inspiring 18-year-old student says that climate change is the most pressing issue to her generation – a generation afraid for their future. The Young Ocean Ambassador […] 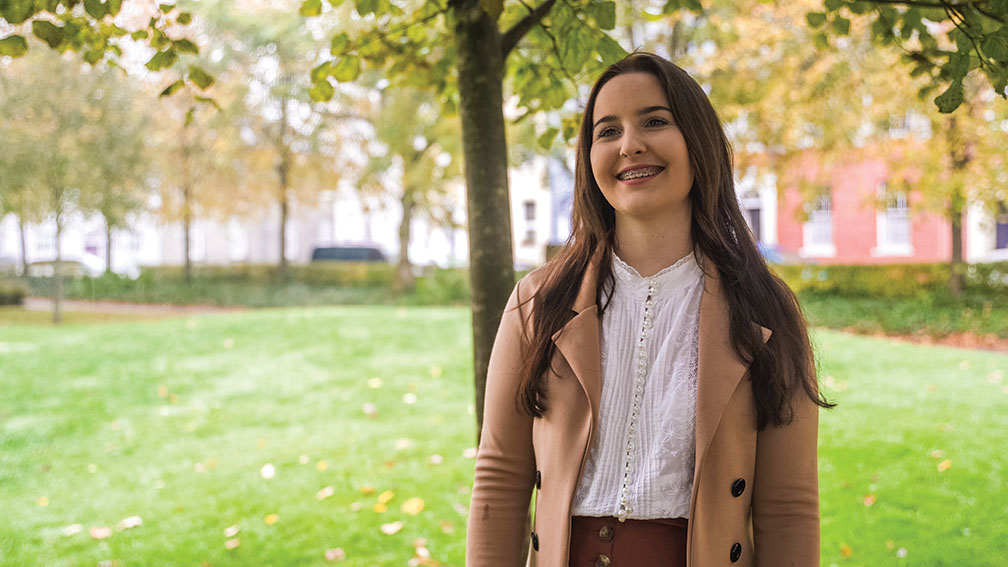