I farm with my parents, Kevin and Siobhan, at Kilmore, Drimoleague. It’s a spring calving dairy farm and we’re milking about 80 cows give or take. There are about 120 acres on the farm.

Cows: It’s predominantly Friesian cows but there are a few crossbreds. We started calving in Mid January and it’s going well. There’s about 12 or 15 left to calf.

The next jobs: We hope to get slurry out for the next week or so. We’re also doing a bit of fencing and dehorning. We’ll be going to the mart with the calves we won’t be keeping. We’d keep a handful of the smaller beef calves and sell them as year olds in Skibbereen mart.

A year ago: There’s grass everywhere at the moment. The place was skinned with the frost and snow this time last year. I remember we had every piece of ground grazed. This year there are parts we’ll make silage from, as there is too much grass there. Cattle were in until the end of April in 2018, as we were trying to spare ground for cows and silage.

Off farm: I work as an auditor for Bord Bia with Capaita Customer Solutions.

I’m also chairman of Carbery Macra na Feirme and the region is celebrating our 70th anniversary this year. We had a remembrance service a few weeks ago and, on March 30, we had a celebratory dinner dance with over 350 in attendance at the Celtic Ross hotel.

Busy: Once we started organising it there was no let up. We were on to officers from the last 70 years. There is a 100-page booklet as well and a lot of past members have contributed to that, and we have old minutes and lots of photos too.

Different times: It was interesting to do the research and hear the old stories. Now we send a message on WhatsApp and everyone gets it instantly. Back then there were hardly any landlines, never mind mobile phones, so the pen and paper had to be used and letters sent to all the clubs. We have it easier now.

Tue Apr 9 , 2019
Pictured above : Mayor of the County of Cork Cllr Patrick Gerard Murphy with Mike Brown VP R&D Innovation and Kevin Collins, Director of Business Development and Cllr Joe Carroll (Back row) It’s been dubbed the ‘Tinder for agri-waste’. A team of international researchers and businesses, including partners from University […] 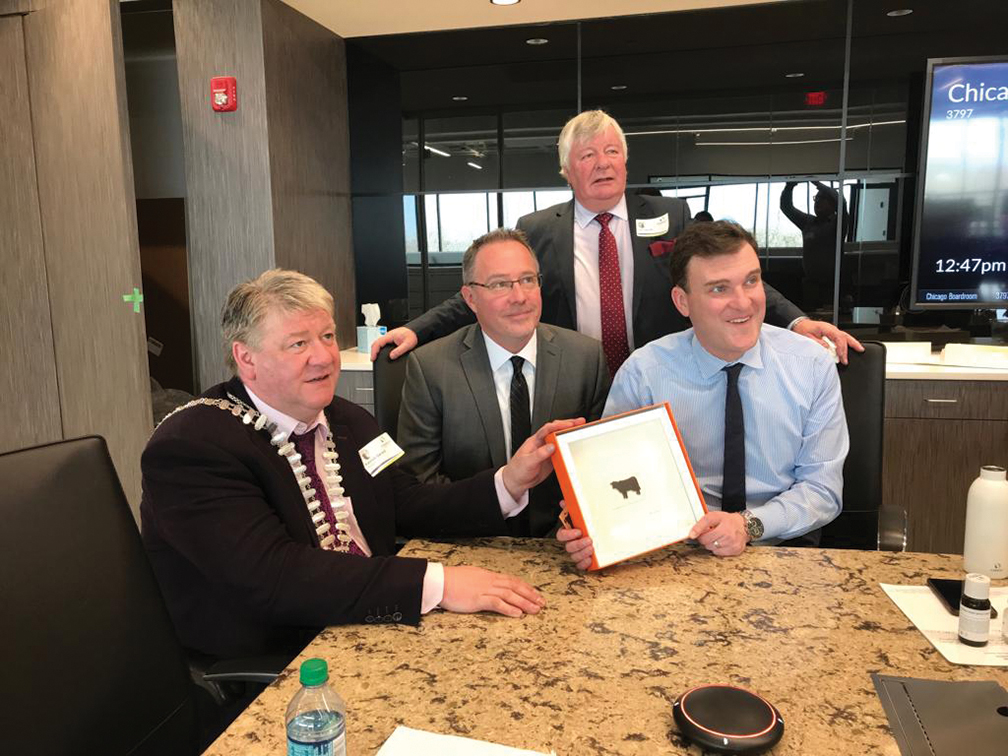