It’s full steam ahead in Courtmacsherry for the erection of a replica model at the entrance to the village of the ill-fated ocean liner RMS Lusitania, which will be officially ‘launched’ at 4pm on Sunday, July 14 by historian, author and former diver of its wreck, Paddy O’Sullivan from Bandon. Leo McMahon reports.

Everyone is welcome to attend the event, which will be followed by refreshments in Courtmacsherry Community Centre featuring an exhibition about the liner and 1912 Scott Expedition Antarctic Explorer Patrick Keohane, whose father Timothy was coxswain of the Courtmacsherry lifeboat that was rowed out to the scene of the tragedy from its station at Barry’s Point. In attendance will be Barryroe Ladies Club members in costumes of the period.

Cunard liner Lusitania was en route from New York to Liverpool, when she was torpedoed by the German U-boat U-20 and sank in 18 minutes, 12 miles off the Old Head of Kinsale and Seven Heads, Barryroe at 2.10 on the sunny afternoon of Friday, May 7, 1915.

At the time, the United Kingdom had implemented a naval blockade of Germany. The latter declared the seas around the UK a war zone and its embassy in the United States placed newspaper advertisements warning people of the dangers of sailing prior to the Atlantic crossing.

The Germans justified treating Lusitania as a naval vessel because she was believed to be carrying hundreds of tons of war munitions, therefore making her a legitimate military target. After the first torpedo struck, there was a second, unexplained, internal explosion, but it was probably that of high explosives in her cargo which rapidly sent the liner to the seabed and 1,198 passengers and crew (plus three unnamed German stowaways) to their deaths, despite the gallant efforts of the crew of Courtmacsherry RNLI lifeboat Kezia Gwilt and others. Over 760 were rescued.

To mark the centenary in 2015, Courtmacsherry St Patrick’s Day Committee came up with the idea of a float for the parade and a 19-foot long plywood model of the Lusitania was constructed by local builder and carpenter Richard O’Sullivan.

Built for one day

It was originally built for one day but the committee was requested to put the model on display at the picnic area afterwards at the entrance to the village where it became a much admired and photographed heritage tourism attraction that remained there for almost three years until weather eventually took its toll and it was removed.

Due to the visitor success and continued interest in the subject, Courtmacsherry Development Association was approached by a voluntary group in 2018 willing to undertake the construction and reinstatement on the same site of a new and superior model of Lusitania.

The go-ahead was given and the group set to work, meeting regularly since January.  Extensive research was undertaken, sponsorship/funding sourced for a project costing around €7,500 and agreement reached on materials.

The site was marked out and work commenced in late April starting with the plinth.  It will feature an information plaque and also acknowledge the sponsors who include Cork County Council. Courtmacsherry Development Association, Courtmacsherry Community Shop and International Paints. The picnic area and paths will also be refurbished.

It wasn’t possible to hold the event on the anniversary date of May 7 but with interest near and far, many people are expected to attend the event on July 14 including those from Cobh, Kinsale and the Old Head, which have strong historic associations with Lusitania.

The illuminated model will significantly add to the heritage of Barryroe, which includes the oldest RNLI Lifeboat Station in the country, the Patrick Keohane Antarctic explorer sculpture, the anchor of the Cardiff Hall in Butlerstown, the Seven Heads Walk and Lusitania Trail. What’s more, with Courtmacsherry becoming part of the Wild Atlantic Way, it will also generate additional visitor numbers and further boost the local economy.

The committee wishes to thank everyone who has supported this project. Its members felt it was a most appropriate and permanent commemoration of a significant event in history, on a par some believe with 9/11, that eventually led USA in to World War I but most importantly, to publicly acknowledge and preserve the memory of those brave men from the locality who did their utmost to save lives off the coast of West Cork over 100 years ago.

A tribute to Tony – a life well lived

Fri Jul 5 , 2019
After a short illness, Tony Eklof passed away peacefully in the presence of his loving family at the Bon Secours Hospital in Cork on May 20.  A lover of history (Napolean Bonaparte was his hero), Renaissance art (he loved searching out the obscure), music (he played music of all types from […] 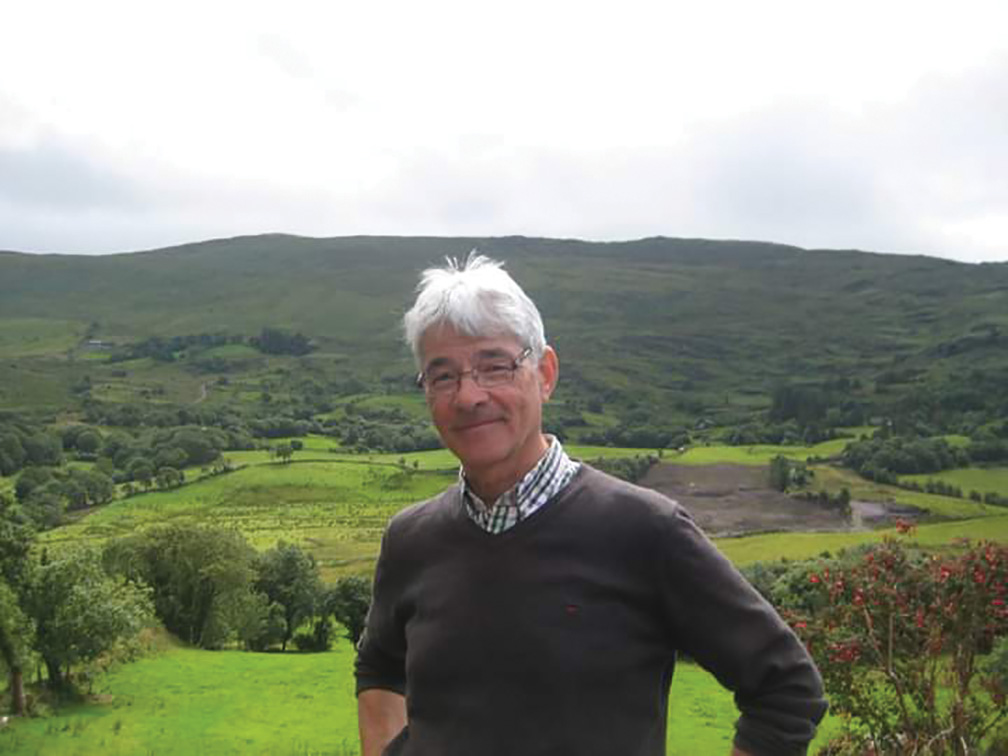