Have you ever watched a movie and wondered why the bad guy always has a scar on his face? Maybe you haven’t noticed, but if you sit and think about it, the archetypical bad guy in every movie, TV show, sitcom and even cartoon, always has some form of a scar on his face. It is sometimes seen to go from the forehead through the eyebrow in a straight line down past the eye and finishes on the cheek, somewhere directly across from the nose. Or more often than not, just straight across the left cheek. The impression that the scar gives, or what the producers are trying to portray is that the wearer is fearsome and intimidating. In reality, the scar is the result of a university game called Mensur that only young men from families of high social status took part in.

The scar is a mark of honour, longed for by young men from families of considerable means in Germany. The game of Mensur or ‘Academic Fencing’ was played only in the most prestigious Universities. The German equivalent of Harvard or Yale. Therefore, the boys that were studying there, became known as the ‘Officer Class’, meaning upon graduation, the students from these colleges went on to become heads of State, high ranking politicians, CEO’s of large multi-national corporations and high ranking army officers.

It is the latter that we are most familiar with, and it is the students from these universities that chose the military route for their post graduate careers, that has formed our view of the stereotypical villain in modern day cinema and literature. It was these students that became Advisors to Hitler, Generals of the SS or ‘Schutzstaffel’ and Commandants at Auschwitz and Birkenau. It wasn’t that they had a scar on their face that qualified them for the position. It was that only people deemed to be worthy of these roles came from the private colleges with extraordinarily expensive tuition where Mensur was played. Meaning by default, you graduated with a facial scar and because of your alma mater, high ranking military positions became available to you.

Mensur was a game, similar to fencing of today. Except it was played without head gear. A disagreement over the most mundane issues would result in being challenged to settle the dispute by Mensur. The two students would wear a neck protector and metal googles to protect their eyes. The face was left completely exposed. The reason for this was that a facial scar was desirable. The object of Mensur was to ‘fence’ your opponent, but the swords, more similar to a lance, were held over the head with the right hand. The left hand was kept behind the back, and tucked into the waistband. An order was given to fight and the two students would swing the swords over each other’s heads by thrusting and waving the lance with the aim of cutting the other’s face. There were as many rounds, as necessary, of roughly 20 seconds each, or when someone was cut, there was a break in play to wipe the blood; this went on until one student gave up, or was unfit to continue. A medical doctor was at each duel in order to stitch the wound and deem the student fit or unfit to continue where necessary.

At the end of the duel, at least one, if not both, would be sliced severely on the left cheek; it was generally the left cheek as most students would have swung the sword with their right hand.

The Mensur scar became known as a ‘Duelling Scar’, or in later years the ‘Nazi Duelling Scar’, and it became a fashion trend amongst upper class German men. Men that had the scar were seen as more attractive to women and looked up to by their friends. The ultimate goal was to appear as frightening and as intimidating as possible, therefore, the bigger and more pronounced the scar was, the better. So much so that after Mensur fights, instead of stitching the cut, some students would pack the cut with horse hair, so the wound couldn’t heal quickly. Eventually the hair would be taken out and the scar would appear wider and more discoloured. Others would simply not use as many stitches as was necessary to close the wound. Instead they would use the bare minimum in order to keep the wound as wide as possible so it would eventually heal and leave a more pronounced cut. Others that weren’t brave enough to take part in Mensur, or others that wanted to give the impression that they played the game or attended a prestigious University would simply cut their own face and use the same methods as described previously in order to get the same effect. Many would pay a doctor, who was willing to use a scalpel to cut their face.

Otto Skorzeny was a high ranking Nazi officer that was in charge of the infamous SS squadron. He had an enormous and very pronounced duelling scar on his left cheek; after the war he fled to Ireland along with Albert Folens. Otto Skorzeny during the war was described in newspapers and media outlets as ‘The most dangerous man in Europe’; he was also the man that set Benito Mussollini free from captivity during the Second World War.

Albert Folens is best known today as the founder of the Irish schoolbook publishing company Folens. He too was a Nazi, he was a member of the Gestapo and liaised with Skorzeny’s SS squadron. When Skorzeny arrived to Ireland there was a reception held in his honour in Dublin. He was received by politician Charles Haughey at the function and the Dublin socialites of the time were all invited. The Evening Press Newspaper reported: “the ballroom was packed with representatives of various societies, professional men and, of course, several TDs.”

Skorzeny bought a 160-acre farm in the Curragh County Kildare and lived there the rest of his life. He became known for driving his white Mercedes across his land there. Albert Folens became a schoolteacher in Dublin before founding his successful publishing company.

Next time you watch a movie, pay particular attention to the ‘bad guy’ if he has a scar, now you know how he got it.

Tue Jun 4 , 2019
You’d think it was a different planet that we were farming if you were to compare last year with 2019. I seem to keep rattling on about weather and I probably didn’t even realise myself, until I began writing, how much of an influence it has on my job.  Back […] 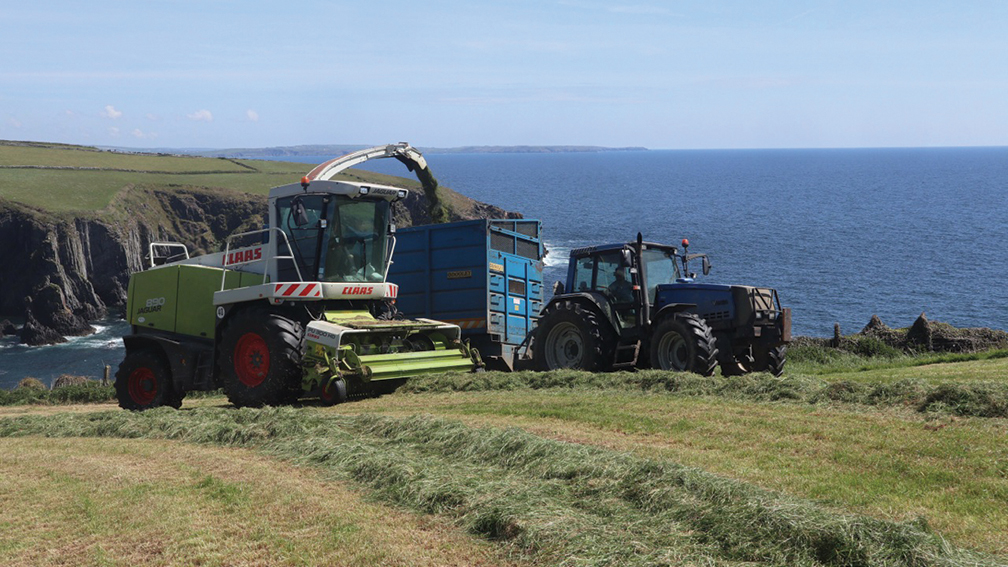