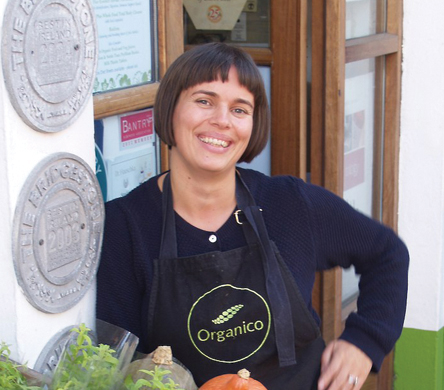 Currently telecoms companies are rolling out 5G networks around the country. I’ve seen quite a bit about 5G online. As with many topics it’s difficult to tell what is real from what is ‘fake news’, conspiracy theory or hysteria. So what is the real story with 5G?

To find out, I recently attended a very interesting public talk by Professor Tom Butler of UCC in Bantry titled ‘What does science have to say about 5G’.

Professor Butler is an actual real life expert in this area. He is currently the Professor of Business Information Systems at University College Cork and a former Government of Ireland Research Fellow. He’s a scientist, and appears to be a calm reasonable man, which made what he had to say even more alarming.

What is 5G? 5G stands for the 5th Generation of digital cellular network and is currently being rolled out to support more mobiles at higher density and more bandwidth for download.

The first thing that Tom had to say was that 5G is a serious danger to human health. That’s not just his opinion, he has the scientific research to back that up. Unfortunately, that was just the beginning of the bad news. 5G is only one part of the picture. He considers all non-ionising technology to be dangerous to human health. He’s talking about the WiFi in our homes and offices from 3G to 4G we are already exposed to. So while we need to oppose 5G vigorously we also need to understand the risks posed by all the different sources and to limit our exposure to them.

The proposed rollout of 5G nationwide has been a wake-up call, a tipping point, but he said that it is only another layer of radiation being added into the mix, he said “we already have a problem, even if we stop the rollout of 5G”. Our bodies are now exposed to a relentless array of non ionising radiation, all day every day. Furthermore, the 5G mobile technology has been banned in a number of cities around the world and yet it is being rolled out in Ireland without any public consultation.

He explained the difference between Nuclear Radiation and low dose, non-ionising radiation – which is the kind used in WiFi, and 3/4/5G networks. We all know that Nuclear radiation is bad for us as it has nearly immediate effects on human and animal health, whereas low dose non ionising radiation has a longer term, cumulative effect which is harder to detect. Particularly if no one is looking for the effects.

Originally, when scientists in the West were evaluating non ionising radiation back in the 1970s they decided to measure only the heating (thermal) effect and when they found it did not have a significant thermal effect, they decided it was safe. Since then they have hardly questioned this finding, despite the rise in many illnesses and the huge changes and developments in the industry. Scientists in Russia took a different approach to evaluating this new technology at that time. Scientists there decided to look at ALL the effects of low dose radiation and as a result, there had been a lot of research in Russia showing the dangers to humans and animals since the 1970s. The research points to the effects of non-ionising radiation being very serious: including nearly certainly causing many cancers, vastly increasing the risk of alzheimers and other neurodegenerative conditions, and declining sperm count among other conditions.

Since 2011 evidence of the health implications of non-ionising radiation has been growing and the US Department of Health has clear evidence of a link to Heart and Brain cancer, Breast Cancers (particularly in the US where women often carry their phone in their bra). He also said that children, particularly when in the womb, and elderly people are at an increased risk of brain damage from this radiation.

How did this happen? Why have we not been warned about these risks before now? It turns out that our Government takes guidance from the International Commission on Non-ionizing Radiation Protection. Who are they? A body set up by the Communications Industry! Which obviously has no desire to find any dangerous effects of low dose radiation.

His core argument is that we have sleep-walked into this current situation where we are all exposed to increasing levels of radiation on a daily basis. However, he is not saying we all need to wear tinfoil hats and go back to the dark ages. He’s not advocating that we ditch our phones and WiFi. What he is saying let’s be risk-aware, and les take steps to minimise our risks, and to not increase them.

The damaging health effects from non-ionising radiation that research points to is damage at a cellular level. As we know, when we exercise, smoke, or eat certain foods, our body creates free radicals. Low dose radiation also creates free radicals. The difference is that when we stop exercising, eat better foods and stop smoking, our body creates antioxidants to mop up the free radicals and promote healing. Unfortunately, the constant or near-constant basis exposure to radiation means our bodies never get a chance to rest, repair and recover. Furthermore, low dose radiation also seems to inhibit the production of antioxidants, which is a double whammy. This causes stress and damage to our cells, which causes changes which are not healthy, to put it mildly!

So what CAN we do? Here is my summary of Professor Butler’s tips for minimising our exposure to radiation:

• Don’t carry your mobile on your person, carry it in a bag away from your body.

• Don’t have the Bluetooth, WiFi, Hotspot, and 3G and 4G all ‘ON’ on your device/phone at the same time

• If you have WiFi at home, and if it has different frequencies, switch off the 5G frequency and use the 2.4G. There is no need to have both broadcasting (Tom likened this to ‘smoking two cigarettes at once’)

• Limit Wifi as well as Screen Time – switch your Router off at home at night, and whenever you aren’t using it, and if someone in the house has a serious illness,  use cables instead of WiFi.

• We should NEVER have WiFi in Schools or hospitals or Care homes – both older people and younger people are at an increased risk. Use cables instead.

• If you are pregnant, be aware there is a risk to your unborn child of Wifi and mobile phone use. Limit your use.

• If you are making a call on a mobile, use the speaker or use earphones (but not bluetooth ones!) and never have your phone closer than 20 cm to your body

• Buy an alarm clock, never use your phone as an alarm! Charge phones in the living room, on Airplane mode.

• We need to oppose the introduction of 5G Mobile network into our communities, by legal means if necessary

I know this is a lot to take in, and the important thing is not to panic but to act, as we have power if we act all together (as we have seen recently with the SOS Skibbereen Plastics Factory situation and the community opposition to the mechanical Kelp destruction in Bantry Bay). In Organico, we have turned off the 5G WiFi, and I have done the same at home. I am not going to take calls with my mobile to my head if I can help it at all. And I’m going to start emailing my local representatives and get involved in the campaign to oppose the 5G mobile technology.

The good news is that so far, four counties – Sligo, Leitrim, Roscommon and Clare – have all halted the rollout of 5G mobile based on the precautionary principle of protecting public health by acknowledging the thousands of studies that show a strong possible link of this kind of radiation to many of our modern health challenges.

If you’d like to get involved, check out www.organico.ie where we will have links from this article to the letters to send out to your TD and Councilor, and other information about the local campaign as it gains structure.

Also, I hope you are going to join us for Patrick Holford’s Talk this Sunday, October 6 in The Maritime Hotel in Bantry! Check out our Facebook page for more information and tickets, and see you there!

Cooking up new ways to wellbeing

Tue Oct 8 , 2019
Allow yourself time for privacy, quiet and introspection. Bíodh am agat féin don aonaracht, ciúnas agus an bhféinmhachnamh. Writer and Cook, Jacques Brennan will launch his cookbook ‘Hungry Soul’ at 49 North Street on Saturday, October 12, between 11am and 1pm. This is just one of the many events, says […] 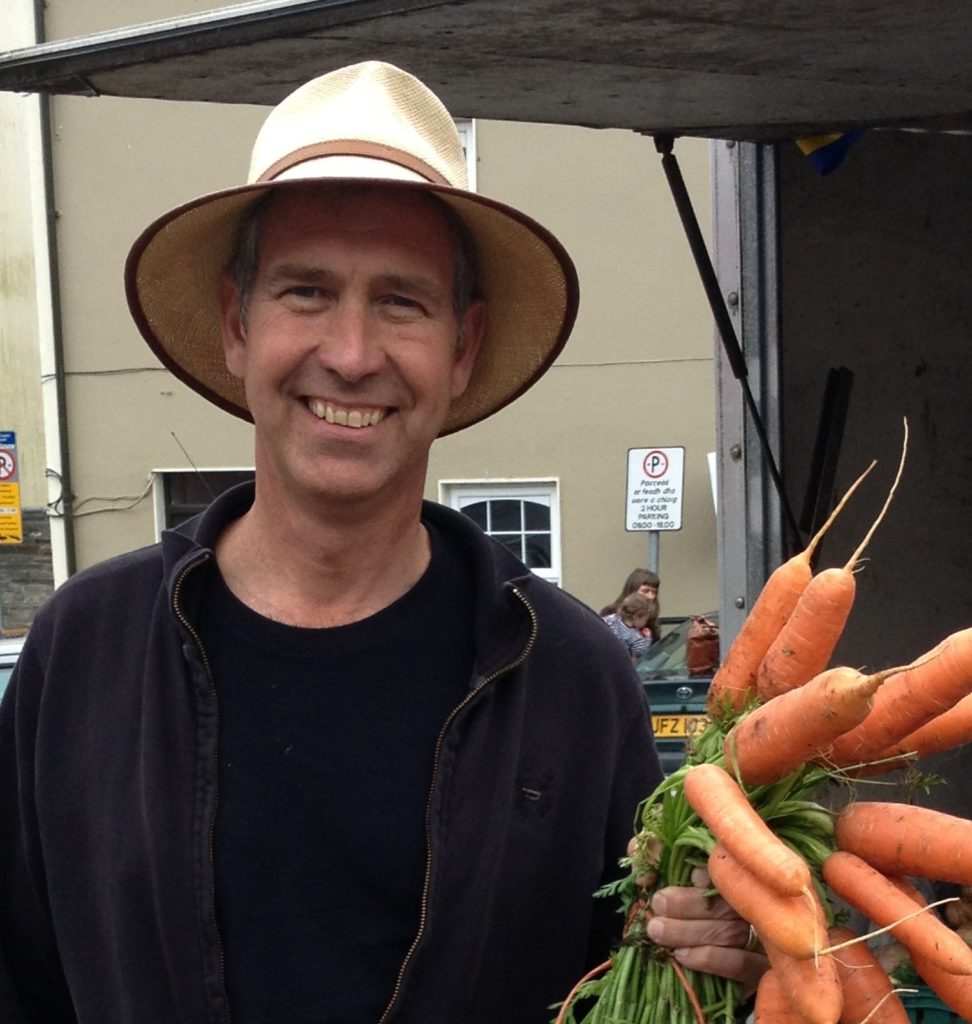