Author Clodagh Finn on her new book ‘Through Her Eyes’ which explores Irish history through the eyes of 21 different women – from the Stone Age to the present.

If I could time-travel back to the 18th century, I would head for Ballylickey House in Bantry to meet Ellen Hutchins, Ireland’s first female botanist.

The carriage ride to her home in West Cork would have been hellish, on roads so treacherous that travellers had to send people ahead to fill the boggy potholes with furze bushes and stones just to pass.

In a way, the isolation served Ellen as she was able to ‘botanise’, as she put it, in the rich, unexplored habitats of Bantry Bay and discover many new ‘treasures’ and ‘exquisite little beauties’ as she called the plants she found.

She overcame many obstacles to do so – ill health and family disputes – and now her work and considerable contribution to international botany is gaining more recognition, thanks in no small part to her great-great-grand niece Madeline Hutchins.

Yet, there are many other women – even in Cork alone – whose extraordinary achievements have been largely forgotten.

If you travelled back a century further, you would almost certainly have heard the name Katherine Jones. She was the brilliant, elder sister of Robert Boyle, the celebrated father of modern chemistry. Today her name is not widely known, yet in the 17th century she was more famous than he was.

Her opinion was sought by parliamentarians, public leaders, experimental scientists, even royalty. She was, to quote Robert Boyle’s biographer Thomas Birch, “a lady remarkable for her uncommon genius and knowledge” yet, just as remarkably if not unsurprisingly, her story and her beginnings in Youghal, Co Cork, were overlooked by the writers of history.

That was the fate of so many women throughout the ages. If their stories were told at all, they were recounted in relation to the men in their lives, or as afterthought, in the footnotes. Women, it seemed, were not exactly written out of history but never written in, in the first place.

Why, for instance, isn’t Clotilde Graves a household name? The Buttevant-born woman was an acclaimed international author, playwright, artist and held the distinction of being one of the first female journalists on Fleet St in London.

In fact, English artist and cartoonist Leonard Raven-Hill considered her to be the very first. He said: “She had to do a man’s job in a man’s way, and in those days there were no ‘sob sisters’, lingerie chatterers, and the shrieking sisterhood hadn’t started then.”

To make it in the male-dominated “Bastille of Journalism”, Clotilde did what she could to belong. In the 1890s, she shortened her name to the more gender-neutral ‘Clo’, wore her hair short, dressed liked a man, smoked cigarettes and even took up fly-fishing.

And she seemed to fit right in, as one unnamed editor wrote in a London periodical in April 1890: “Clotilde Graves is an exceedingly clever young lady, an enthusiastic journalist, and ‘quite one of us’ in the matter of cigarettes, cut of the hair and of the coat, and in the adjustment and shape of the collar.”

He went on to say that some of those early woman journalists would eventually drive men out of the newsroom into the “cold and bitter out-side world”.

It didn’t happen that way, of course, and while some early woman pioneers were relatively successful in the competitive milieu of Grub St, as the famous centre of journalism was called, few are remembered.

The same is true of every other era of history going right back to earliest times. I wondered what would happen if you tried to bring some of those shadowy female figures out into the light and tell the story of our rich and varied past through their eyes.

The journey back in time was far more illuminating than I ever could have imagined. To misquote the old rhyme, there were thinkers, toilers, soldiers, sailors – and many more besides. Evidence is not always complete, yet it is possible to show that women were powerful, influential and much more present than our history books would have us believe.

For instance, the Aoife MacMurrough of my schooldays – the cowed, submissive bride so memorably depicted in Daniel Maclise’s painting ‘The Marriage of Strongbow and Aoife’ – looks very different if you look at surviving documents that offer a peephole into her life as a widow. She was a countess who had the favour of King Henry ll and she managed her former husband’s considerable estates in England and Wales.

If you go right back to the time the first farmers arrived in great numbers in Ireland, you’ll find evidence of a woman who lived to be 55-years-of-age, almost three decades longer than the average woman could expect to live in 3600 BC.

Archaeology paints a picture of this robust elder going about her business in the Burren in Co Clare millennia ago, while pioneering new DNA technology tells us that she would look most like a Sardinian woman if she were alive today.

It is not always possible to gain a complete picture of what women’s lives were like in the past but that doesn’t mean we should not, at least, try to tell her side of the story.

‘Through Her Eyes’ (Gill Books) by Clodagh Finn and illustrated by Holly Ingram costs €19.99 in hardback.

Clodagh Finn is a journalist who has worked for the Irish Examiner, the Sunday Independent and the Irish Independent and as a freelance writer and editor in Paris. She has a particular interest in history and archaeology. She lives in Dun Laoghaire, Co Dublin, with her husband and dog. This is her second book, following ‘A Time to Risk All’ in 2017.

Tue Nov 5 , 2019
Irish Wheelchair Association in Clonakilty will officially launch its national fundraising campaign Angels in November. The event will take place in the IWA Community Centre in Clonakilty on Friday, November 1 at 12pm. Afternoon tea will be served and all are welcome to attend. Service user Marco Sabatini Corleone, who […] 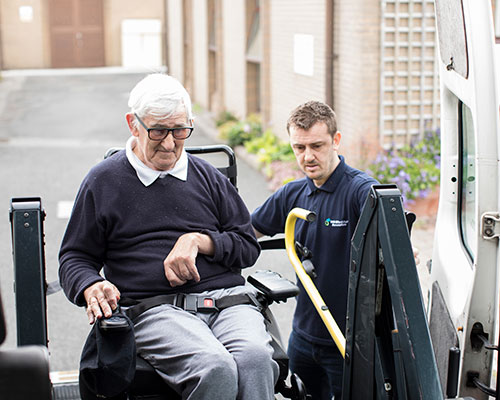